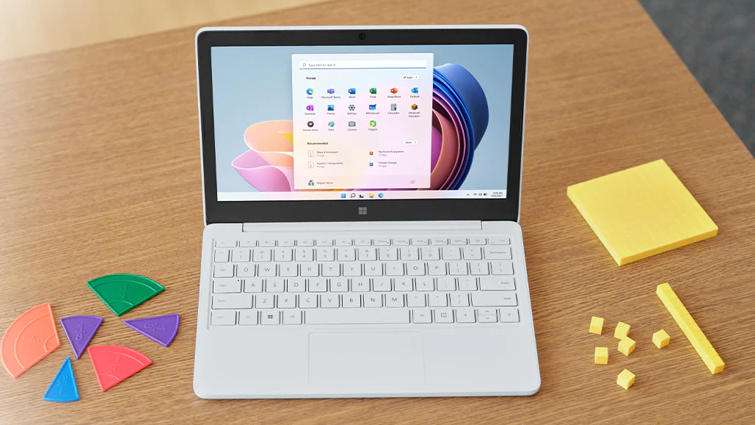 Alongside the new Windows 11 SE (a lighter version of the Windows 11, dedicated to the K-8 education market, and will only ship exclusively on low-cost laptops), Microsoft is introducing what it calls Surface laptop SE. It is an education-focused laptop designed for K-8 education. it is a simple-looking computer with plastic chassis and basic specifications and features. This is Microsoft’s response to the Google Chromebook, and it is unsurprising that Microsoft has decided to go head-to-head with Google on this one.

According to Microsoft, the Surface Laptop SE will be sold exclusively to schools and students. The base model of the Surface laptop SE (with 4GB of RAM and 64GB of storage) will be priced at $249, while the 8GB of RAM and 128GB of storage version is priced at $329, and they will begin rolling them out early 2022. Also, various laptop manufacturers including Acer, ASUS, Dell, Dynabook, Fujitsu, HP, and Lenovo will also be rolling out their own Windows 11 SE PCs in 2022.