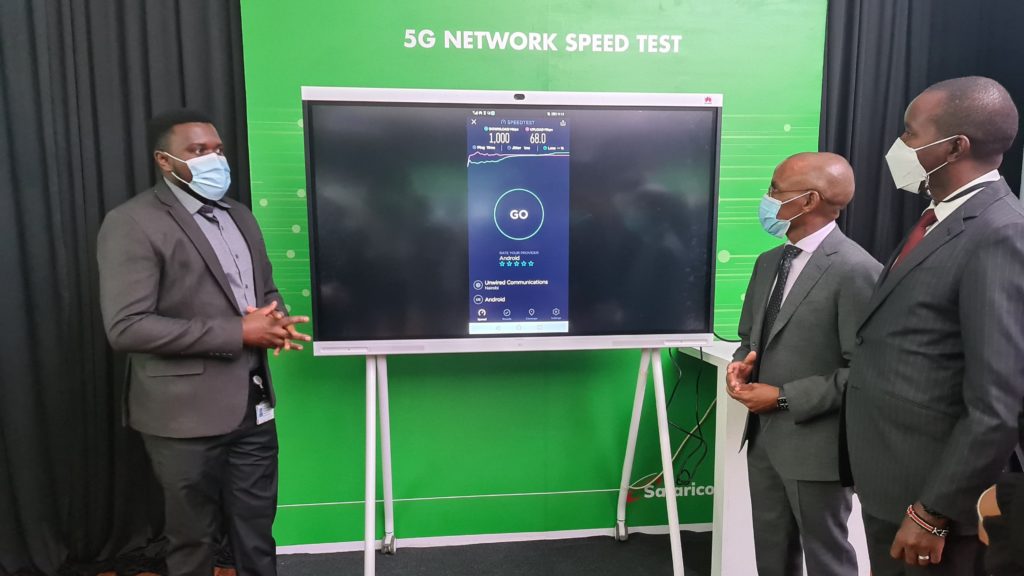 It is almost insane looking back at the past decade or two. We’ve effectively moved from relying on dial-up internet to today, being able to download entire movies in full quality in under a minute, thanks to 5G.

In the West and in Europe, 5G is going mainstream with AT&T and Verizon in the US recently turning on their C-Band networks that promise even wider coverage and better 5G speeds.

Back home, industry leader, Safaricom has also made some decent strides towards 5G and we’ve already seen a bunch of major towns seeing 5G go live. Perhaps one of the biggest hurdles right now is the availability of 5G devices. We have compiled a list of some of the 5G-ready devices available and you can check that out below.

But really, how good is Safaricom’s 5G in areas where it is available?

I scrolled through the socials to find some of the speeds being reported by fellow Kenyans who have been lucky enough to have had 5G devices in areas where Safaricom 5G is available and below are just some of these.

Fellow geek, one Kenn happened to pick up a Safaricom 5G signal in the Amboseli of all places and this is what he got.

Ako Fred was in Kisii and happened to get a Safaricom 5G signal on his device and here are the speeds he got in the speed tests.

For you guys in the city, there are a bunch of Safaricom 5G sites and most recently, one just went live around Yaya Center and based on the speed tests from early testers, this is pretty impressive.

Safaricom 4G is prevalent across many parts of the country already and the carrier manages to deliver some seriously impressive speeds with me personally getting consistently upwards of 50Mbps in areas where the competition struggles to maintain a stable signal, let alone maintain a stable internet speed.

These 5G speeds that seem to routinely break 100Mbps with others reporting over 300Mbps only go to give Safaricom an even stronger lead over the competition.

Worth noting is that these are preliminary tests and 5G sites are still few and far between so you might not get these 300Mbps speeds on Safaricom 5G immediately but knowing the carrier and seeing just how consistently they’re rolling out new sites, this might not take too long.

With OEMs like Infinix and Tecno already reportedly working on 5G devices, it is only a matter of time before more and more Kenyans own 5G devices, and then, we shall really see Safaricom 5G taking hold, opening possibilities that we don’t even know of yet.

Vodacom, MTN, and Rain have all launched 5G in South Africa while Telma in Madagascar also rolled out 5G last year with another 24 operators in 18 African countries either evaluating, testing, trialing, or deploying 5G. Safaricom 5G puts Kenya on the map and we can only hope to see other carriers stepping up as well.