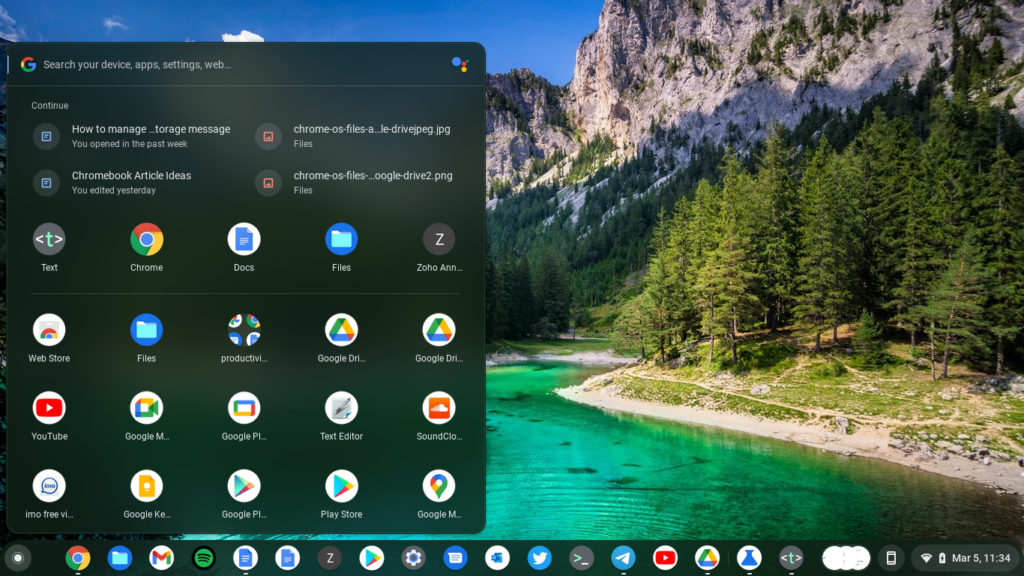 I am not a Windows user, but the one feature I truly appreciate and probably take with me across other platform is a Windows-like start menu. I have enabled Windows-style start menu on both Ubuntu and Linux Mint installations. The start menu is probably the most convenient way to search and find apps on a Computer.

Chrome OS had another take on the App launcher. Before Chrome OS 94, the app launcher user interface occupies half the screen when launched with the Everything button and full screen with you click on the caret icon to reveal more apps. However, now you can enable the new experimental Windows-style App launcher which only covers half the screen vertically on the left.

You can enable this feature by activating the chrome://flags/#productivity-launcher chrome flag. You can access Google Chrome flags by typing chrome://flags/ in the browser’s search bar.

At the very top, you have a search bar where you can search through the Chromebook settings, apps, files and the web. You also get the Google Assistant icon where you can initiate your routines, take a screenshot and issue several Assistant commands.

Personally, I think this new App launcher has a much better implementation than the previous one. Of course this is all subjective.