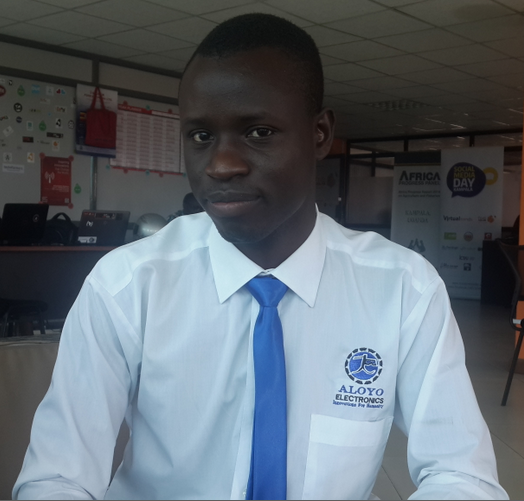 This week, Germany was crowned the king of world football for the next 4 years. Hope you enjoyed the games as much as we did. Now, onto this week’s hand-picked stories that interested us from across Africa and around the world;

Meet  Mugega Nasur, a Senior Four (S.4) drop-out who started an electronics company and is on a path of building the next big electronics manufacturing and assembling plant in Uganda located in the district of Luwero, Uganda. According to an interview Pctech Magazine did with him, they are positioning themselves to be the leading manufacturers of inexpensive electronic devices on the African continent. Impressive, coming from a young man.

#2. Let there be technology in the agriculture sector

James Wire guest writes for the Daily Monitor with another interesting piece on Agriculture and Technology. Agriculture is said to be the largest contributor to the national GDP, yet it’s also one sector that continues to be marginalized especially in the areas of Technological integration. Turns out the farmers and Techies up until now live on two different horizons — and none is meeting the other!

Who said MTN is an Engineering firm anymore? A Bank maybe!

Nigerian startup WhiteSpaces is tackling challenges such as high tariffs, data caps and quality of service concerns by providing truly wireless internet connectivity for just $9/month writes Humanipo. Microsoft is also experimenting with the use of Whitespaces to deliver affordable internet to schools in Kenya and South Africa.

The BRCK is a rugged, self-powered, mobile WiFi device which connects people and things to the internet in areas of the world with poor infrastructure, all managed via a cloud-based interface. Erik Hersman aka @whiteafrican, one of the leaders of the project from Kenya writes about their journey.

#6. Samsung joins forces with WHO and GSMA to improve Healthcare access in Africa

Samsung has been investing in healthcare lately with its wearable device category. However, its not just about shinny Galaxy Gears, at least 15.5 million expectant women and mothers of young infants are expected to benefit from an mHealth initiative that’s a result of a new partnership between Samsung, World Health Organisation (WHO) and the GSM Association (GSMA) according to TechMoran.

Will the duo give Microsoft which has solid roots in the enterprise segment (and more recently Google, Amazon) a run for their money? Find out more from 9to5Mac.

# Large Round of Layoffs Expected at Microsoft

Microsoft is planning to announce layoffs that will substantially exceed the largest layoffs in the company’s history. Most of them are expected to come from the businesses the company bought from Nokia several months ago the New York Times writes.