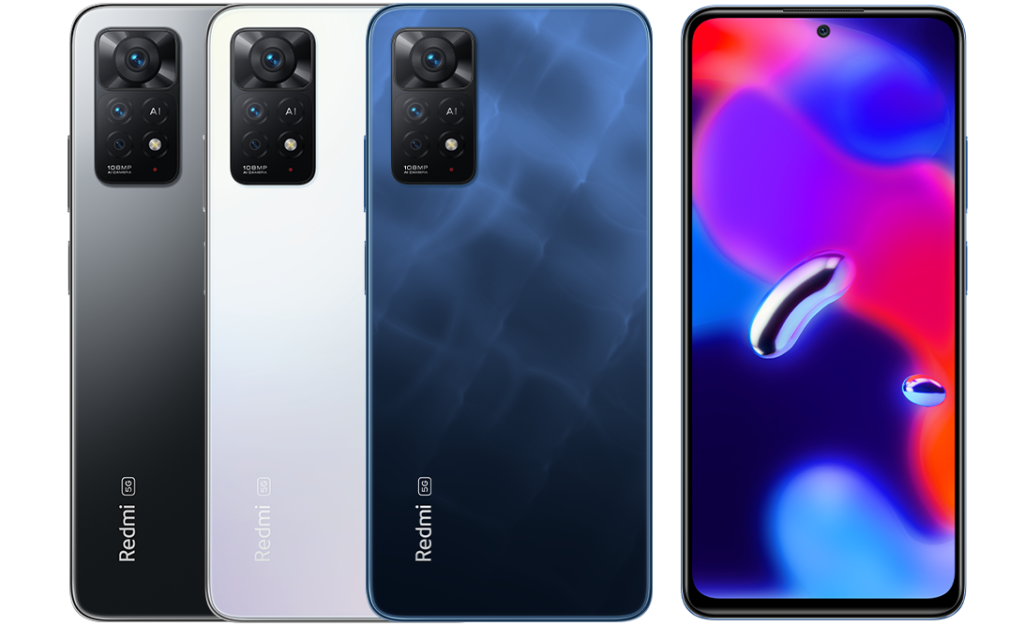 As is made obvious by the iteration of smartphones we have here, these are all 5G devices and in order of pricing, here are the smartphones announced.

Redmi Note 11 Pro+ 5G, quite a mouthful uhm? This is the top-of-the-line Note 11 series and the most premium of the phones announced. Goes beyond the usual Redmi Note offering in many different ways, including 120W hyper charging, a vapor chamber for cooling the phone, and a fairly powerful MediaTek Dimensity 920 chipset in its own right. This is combined with a smaller 4, 500mAh battery than the rest of the Note 11 family, a 6.67-inch FHD+ AMOLED 120Hz screen, and a side fingerprint scanner.

Other features include a 108MP main rear camera accompanied by an 8MP ultrawide camera with a 120o FOV, and a 2MP macro sensor, alongside a 16MP front shooter. It also sports a dual speaker designed in partnership with JBL, NFC, and other things we love about Redmi smartphones like the IR blaster and aux port. It is splashproof with an IP53 rating and is available at $369, $399, and $449 for the 6GB/128GB, 8GB/128GB and 8GB/256GB storage options respectively.

SEE: Xiaomi Buds 3T Pro vs Flipbuds Pro vs Redmi Buds 3 Pro: What are the differences and which one should you buy?

Another 5G smartphone, with watered-down specs in comparison to the above but still a decent device. It has a MediaTek Dimensity 810 processor and a 5OMP main rear camera, a 90Hz refresh rate, and 33W fast charging. Meanwhile, the rest of the specs like the 6.6-inch FHD+ AMOLED screen, NFC, 5000mAh battery and design is identical to the rest of the Note 11 series.

There is a variety of finishes to choose from, from star blue to midnight black and then, twilight blue, while still maintaining the same impressive design as the others. The Note 11S will be going for $249, $279 and $299 for the 4GB/64GB, 4GB/128GB and 6GB/128GB options.

On to the next smartphone – the Redmi Note 10 5G. There is a different design here, especially with the camera module at the back featuring dual 50MP shooters. Besides that, you are also greeted with a 5, OOOmAh battery, FHD+ 6.5-inch 90Hz AMOLED screen, 18W fast charging, and 5G connectivity. Inside you have the Dimensity 700 processor, 4GB RAM with either 64GB or 128GB storage space to choose from. The former goes for $199 and the latter, for $229 respectively.

There is an early bird discount of between $20 – $30 dollars that will run from April 6th to April 8th on Aliexpress so you can check that out to save some money should you be in the market for one of these beauties.