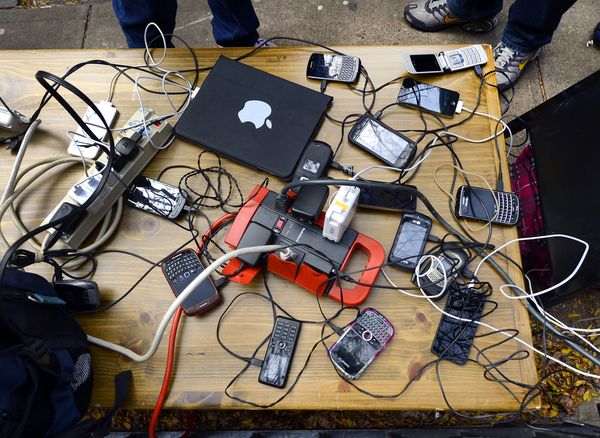 This is a very controversial topic. Different people come up with various views of why you should or shouldn’t leave your phone charging while you sleep. You may have already heard the warnings: Don’t overcharge your mobile phone. Make sure you unplug it from the charger after it reaches 100%. Don’t leave it charging overnight. Or else.

Charging your phone overnight is very vital for those who are busy all day. They leave home with the battery at 100% and come back in the night with the charge almost completely depleted. They then plug it in and sleep and wake it to find it 100%. Effective it is, but here are a few reasons why it’s not advisable to charge your phone battery while you sleep.

Mobile phones contain a rechargeable lithium-ion or li-ion battery. These batteries charge faster than traditional rechargeable batteries. However, our smartphone battery charges don’t last long. Actually, you are lucky to get through the whole day without your phones losing all its battery charge.

This is partly because the phone batteries are relatively small and can hold only so much capacity. It is also due to the way we use our phones. Constantly using the internet, texting people, listening to music, watching videos, using apps, playing games. All these activities eat up the phone charge, causing the phone batteries to run out of charge.

Just to put this into perspective, you can’t overcharge your phone’s battery. This is actually practical if you own a relatively recent phone model. Your phone stops drawing current from the charger once it reaches 100%.
Modern smart phones are smart, meaning that they have built in protection chips that will safeguard the phone from taking in more charge than what it should. Good quality chargers also have protection chips that prevent the charger from releasing more power than what’s needed. For example, when the battery reaches 100%, the protection hardware inside the phone will stop current from coming in and the charger will turn off.

However, although a charger turns off the current when your phone battery reaches 100%, the charger will continue to top off the charge during the night. This ‘top up charge’ attempts to keep it at 100% to compensate for the small bit of charge that your phone just naturally loses on its own. So basically your phone is constantly being bounced between a full charge and a bit below a full charge. These small charges can lead to higher temperatures for your phone, hence reducing capacity over time.

By keeping your phone charged overnight, you’re actually increasing the amount of time your device spends with the charger, thereby degrading its capacity sooner.

Let me quote one of the battery manufacturers. “If you think about it, charging your phone while you’re sleeping results in the phone being on the charger for 3-4 months a year,” says Hatem Zeine, founder of Ossia, a developer of wireless charging technology. “So even though the manufacturers try their best to cover this scenario, this process inevitably lowers the capacity of your phone’s battery.”

You shouldn’t wait until your phone gets close to a 0% battery charge until you recharge it. Full discharges wear out the battery sooner than do partial discharges. You should also keep your phone cool, as higher temperatures accelerate the loss of battery capacity. You can take off your phone’s case before you charge it to prevent over heating.

Also charging your phone close to you as you sleep has health consequences. The phones release radiations that can cause infertility and sleep problems.

Having a Low Battery early in the morning can be a night mare. A simple solution might be to charge your phone overnight, so it’s ready to go when you are, but as it turns out, this might not be the best idea. You can wake up early in the morning, plug your phone in for about two hours as you prepare and you are good to go.

2 thoughts on “Should you leave your phone charging while you sleep?”