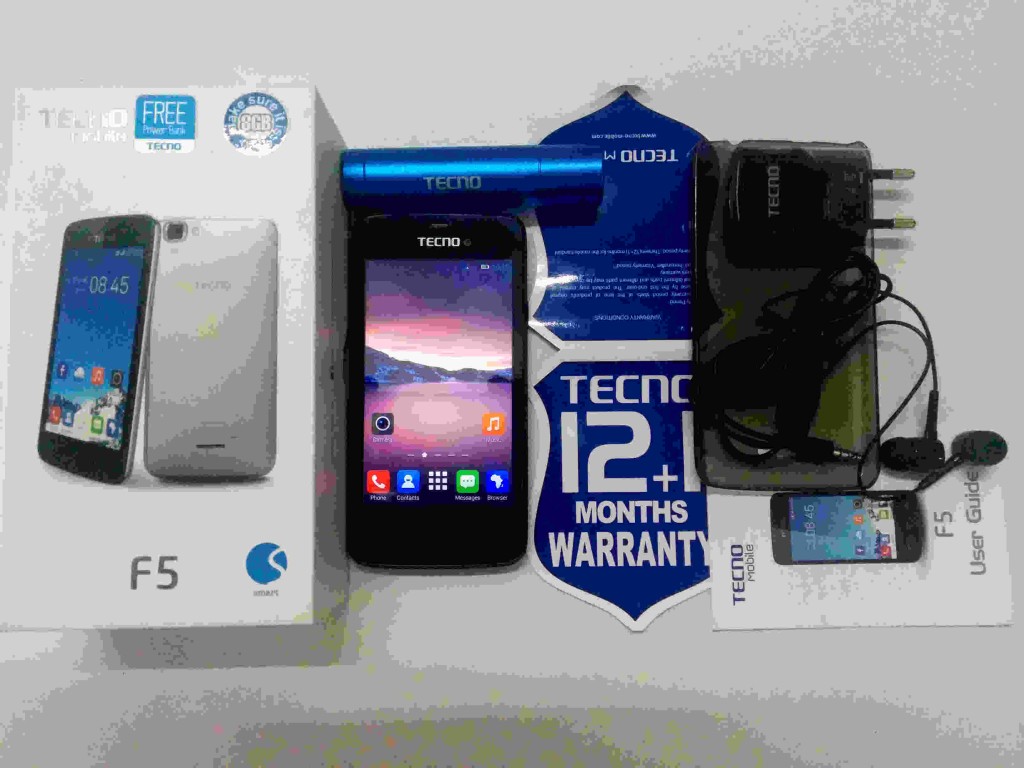 Tecno has released a new series of devices most of which feature a new User Interface, a better Camera and Battery plus a couple of new tricks here and there. These devices include the F5, H7, R7 and the much anticipated Phantom Z.

The Tecno F5 can easily be mistaken for a small simple device till you own it. Within, Tecno has packed a 1.3 Ghz Mediatek processor with 1GB of RAM 4GB or ROM, 4.0’  IPS display and a 1500mAh battery. Lets look at some new Tweaks that make the F5 tick

Of course the UI is one of them – This is Tecno’s official new User Interface that we have seen on various devices. The new UI features quick access buttons that make navigation easier, an improved notifications panel and some new themes and animations.

Tecno has also improved its Camera on the F5 even though it still doesn’t have anti shake, its has a faster shutter speed capturing crisp and vivid images and Videos.

Even though I can’t spill all the beans here, I would like to mention another new feature in the F5 called “Smart Motion” that allows you to mute a call by flipping the phone over or answer a call by just putting on your ear when it rings.  The sleek candy bar design that easily fits into the hand is the one that can cut across both male and female fans — another score for Tecno F5.

We are currently doing the full review that will be released in a few days. For now you can view the full specifications plus the price and where you can buy it from below.

The Tecno F5 is currently available and goes for 380,000 Ugx. It can be obtained at Tecno’s brand new store at Lugogo Mall or at its Head Office at Plot 20 William Street Rene Plaza