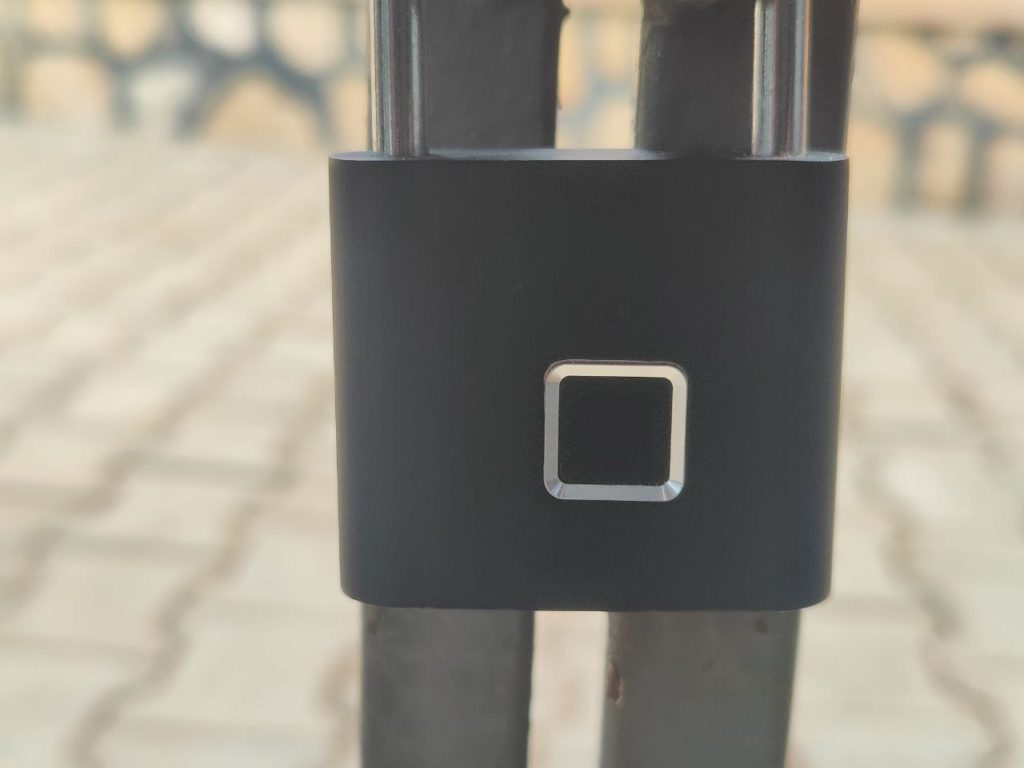 I have always hated the inconvenience of having to move with my keys. It is even worse losing the keys to my house for instance. So I have been fascinated with biometric physical security products because they take away the inconvenience of always having to carry keys with you. As such, I bought myself a nameless $20 fingerprint padlock from Aliexpress just to taste out how they work before I can commit to more costly alternatives.

A fingerprint padlock is a keyless lock that uses your fingerprint as the key to unlock it. It comes with a fingerprint reader similar to what you have on your Smartphone. The reader scans your fingerprint to unlock the padlock. It’s battery-powered and can be recharged via micro USB port. So instead of the key hole, you instead get a microUSB or USB-C port for charging it. The battery could take upto a year without needing recharging.

This fingerprint lock I got from Aliexpress typically has the dimensions of a mid-sized padlock. It looks exactly like a traditionally key-based lock except that it has a fingerprint scanner on one side of the lock and a micro USB charging port at the bottom. It also has an LED light which lights red when authentication fails and green when your fingerprint passes.

You can set it up with upto 10 different fingerprints. So that’s enough for every family member at home or in the office. When setting this lock up, it allows you to set up the administrator fingerprint which then can be used to set up other fingerprints.

So operationally, this fingerprint lock is really convenient. You just have to unlock it using your fingerprint. No more troubles when you forget or lose your keys because the key is always with you. I think I really like that about fingerprint locks. This model is also not smart. It doesn’t need to connect to some kind of app on your phone via Bluetooth or WiFi or any other similar scheme. It’s a complete standalone system just like a traditional padlock. This has security benefits of making it slightly less hackable.

However, there are models that support Bluetooth and can be setup with an App. This has the benefit of viewing exactly which users or fingerprints have access from the app user interface. You can also remotely unlock the padlock via the app. If that’s what you’re going for, then you can consider this $27 Pothunder Padlock. With the smarts comes added complexity such as setting up the padlock with your smartphone. This might require internet connectivity and sometimes things might not run very smoothly.

However, I am not totally confident about fingerprint locks. I am using it for low-security applications such as locking the dog’s house or a specific cabine only I should access. At least for now, I am not replacing it with traditional key-based padlocks that I use in my house. That’s because I am not certain if the fingerprint scanner can hold off intruders. For this model I got from Aliexpress, I have experienced instances where the lock fails to read my fingerprint. I have also had situations where it randomly unlocks users I have not added to the system. I suppose it’s because this is a cheap knock-off model I bought from Aliexpress. So perhaps, the more legitimate costly ones are more secure. Or maybe physiologically, I trust the traditional old-school locks than these fancy fingerprint ones.

Also I am concerned about how weather proof fingerprint padlocks are. Electronics and water don’t particularly mix well. I am not certain of this model’s weatherproof rating, most premium models such as this $36 MEGAFEIS fingerprint lock is IP65 rated meaning it can stand up to water and dust elements.

Then, there’s the issue of the battery. What happens when the juice runs out? You obviously can’t unlock it to charge it. Maybe you can use a powerbank to charge it on the spot. This model I have doesn’t even have a battery level indicator, so I can’t tell how soon I need to recharge the padlock. Perhaps the more costly brands have a battery-level indicator or maybe a battery indicator icon that appears when the padblock is paired with your phone. And what about family members or housemates that don’t have their fingerprints added to the padlock. How are they going to open the door? Keeping a shared physical key at a common location such as table top is a lot more convenient than having to keep adding each and everyone to your fingerprint padlock. But if you’re single or just two people, a fingerprint padlock makes sense.

Here’s our recommended list of fingerprint padlocks you can purchase on Amazon;

In conclusion, the way I see it, fingerprint locks make sense for applications where only authorized individuals are allowed to enter. They are more convenient for less security sensitive situations where nothing much is at stake. While traditional padlocks are less inconvenient, they are still a lot cheaper and much more secure than newer fingerprint-based padlocks.