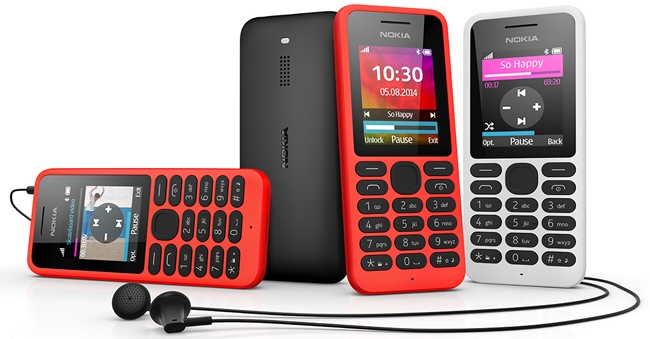 Even after life-threatening lashes from aggressive competitors such as Huawei, Tecno and Samsung, the Nokia brand remains one etched deep in many Africans’ hearts.

Microsoft, Nokia’s parent company, has announced a $25 about (UGX 65,000). This is a device squarely targeted at first time smart phone users.

Microsoft says the device is “the most affordable mobile phone with video and music player,” but it is certainly limited in its functions. The Nokia 130 sports an MP3 player, can play movies from an SD card (support of up to 32 GB), and there’s an FM radio. The company claims the handset supports 46 hours of audio playback, and 16 hours of movie watching. The 1.8-inch phone also comes with a (basic) color display, a claimed 13 hours of talk time, and in single- or dual-SIM versions. Sharing of content is enabled via the SD card, USB or using Bluetooth with SLAM technology, all without an Internet connection.

With the discontinuation of the Nokia X, Asha and S60 mobile phone line, Microsoft seems to be hinting that the Nokia 130 line bridges the void to customers in emerging markets. Besides, it’s quite mesmerizing to see that this phone isn’t a windows phone but as speculated it’s a beginner’s guide onto the Nokia platform, especially in cases where budget customers, in emerging countries, are brought into consideration.

Just like its predecessors, the Nokia 130 is available in a spectrum of colour and is due for release this quarter.

Most definitely, this is a phone many Nokia diehards in Africa will queue up for despite the length of the queues.

In summary, Microsoft is now listening, at least.