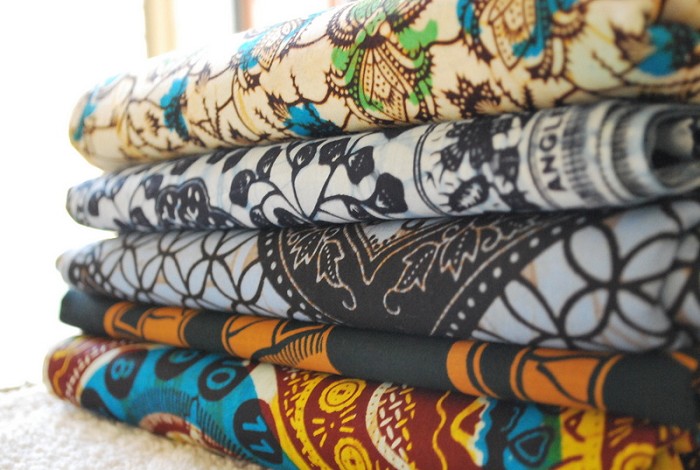 Last year, when the Broncos were miserably beaten by the Sea Hawks at the contentious Super Bowl finals, Twitter went awash with streams of 140 characters about the heist.

There was this particular tweet that was regurgitated by hundreds,  it was remarkably sarcastic. It pronounced of how the losing team’s “Super Bowl Champions” orange t-shirts were destined for the flea markets in Uganda.

As a matter of fact, the t-shirts (amongst several second hand garments) would not only be destined to Uganda but also other developing countries. More pronounced, sub Saharan Africa — it being notoriously known as the  unofficial HQ for second hand clothes in the world.

But why is it this way?

Well, the demand for affordable and somewhat stylish garments could be the major reason why many venture into this. On a closer look, the textile manufacturers on the continent are partly to blame because they have clearly taken the most comfortable of seats in the complacency territory.

In Johanna Blakley’s TED talk about lessons from Fashion’s free culture. She talks about the lack of comprehensive intellectual property laws when it comes to the fashion industry. And she wants innovators to use this to their advantage — even those in different industries could borrow a leaf, or two. In fact, a fashion designer can copy just about any design and transpose it into a garment save for copying the brand names. The nature of fashion (and clothes in particular) is utilitarian and also  language-agnostic — you don’t have to understand Mandarin to see that a Chinese is actually dressed.

So copying is allowed this much…

Yes, but again, we don’t have readily mass market targeted garments. Instead the markets are proliferated with low quality but cheap Chinese products. On the other hand, unfortunately, most of the African designers can’t think beyond the kitenge — an African inspired tunic — an egregious claim to make but that’s the brutal truth. This is what Y.V Mudimbe christened as tourism art  in his book, the invention of Africa. The local designers are always in  pursuit of the next catch, their next stack of foreign exchange by producing themed and high quality garments only will tourists buy. In return they buy fancy gadgets like iPads thus ignoring the problems at hand.

The African middle class is growing and so is the continent’s economy —  at an average of 7%, one of the highest in the world. The savvy middle class demands quality services and products stretching on several fronts. They have leapfrogged the generation of having to  sow their own clothes or grind fufu to make their own flour. They are sassy too. Instead of braving the touts and bargain noises that characterise flea markets, nevertheless the slow motion traffic jams, they tap on the screens of the rectangles they love to hold in their hands, the circles on their wrists and viola, as if magic, products or services are ferried at their doorsteps. Welcome to the information age! And I will be your captain for the rest of the narrative.

Clothing is one of the basic human needs besides food, shelter and of recent, the internet. However, the internet remains a forte to behold for it bridges the disconnect amongst several trades of life. Lets look at e-commerce for example, and the sale of  garments to be exact. Pioneering e-commerce platforms such as Amazon and ebay are renown for making shopping online less painful by allowing Africans, in this case, to shop  directly in their favourite shops overseas at convenient prices. However, this was secluded for only a few financially stable folks.

Fast rising, comes the new decade, and local e-commerce sites are sprawling. Not only are they selling a better shopping experience but also reinventing the broken transient systems. They are gaming the rather archaic systems. Wait. In 2014, Uganda alone has birthed close to 15 new e-commerce platforms. Whereas they maybe niche based, there is one thing that is quite clear, there is an e-commerce bubble ahead.

The demand for local content is real. Local goods and products too. The dearth of  local content will not affect only the lazy producers in terms of missed revenues but also denies the locals a chance of knowledge and probably  the pride of donning a homemade product(s).

This could be a hypothetical analysis but who knows? The nefarious ties due to the intertwining of different aspects  by the information age are fast moving in our direction and they won’t be forgiving if we do not think of innovative ways of solving problems at hand.

In conclusion, the point remains, it’s almost legal to copy in the fashion industry (and surprisingly many other industries) but we won’t copy, we won’t even borrow the knowledge to other sectors we have much many expertise in but we’ll continue donning our second, third or nth-hand clothes, continue importing basic products that Chinese 14 year olds assemble in their abodes. Sit back and maybe queue up for the next generation iPad.