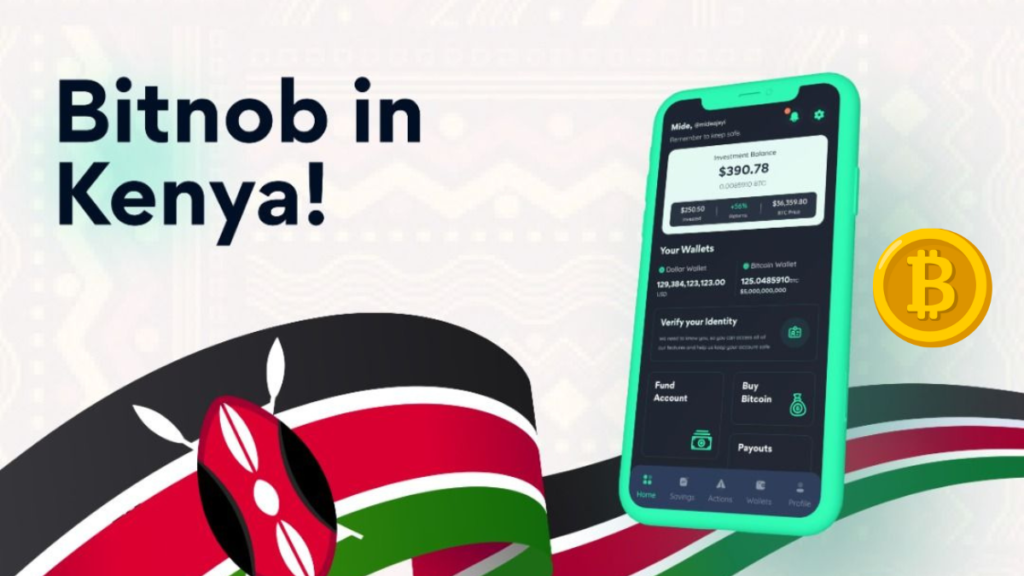 Imagine being able to do P2P trading with Bitcoin and fiat currency simultaneously in seconds. Bitnob offers such a solution on a Bitcoin Lightening Network and has recently integrated M-Pesa, Airtel, and Tkash in its ecosystem and now users in Kenya can now transact easily with their current telco and mobile money operators.

Kenya is among the main 10 nations intrigued by digital currency. As per reports, Kenya is a nation intrigued by bitcoin, besting bitcoin search interest at 94.7%. Let’s get to see more about the integration.

Bitnob is is a Nigerian startup built on top of bitcoin technology.  It’s a technology and financial services company. It offers automated Bitcoin savings and purchases, Bitcoin collateralized loans, remittance services, OTC, and business applications that make it easier for people to transition into the Bitcoin economy.

Simply put Bitnob is an application that lets users buy, save and invest in bitcoin. With Bitnob, you can save in Bitcoin and USD. Buy, sell, borrow, send, receive and pay with bitcoin in minutes.

One of the major problems that the Bitcoin blockchain faces is scalability. It is superlatively slow with around seven transactions on a good day. The Lightning Network is a second layer for Bitcoin that uses micropayment channels to scale the blockchain’s capability to conduct transactions more efficiently. This layer consists of multiple payment channels between parties or Bitcoin users.

It is simply a scaling solution built on top of the core chain to increase transactions from seven a day to about one million in a day with ease. The Bitcoin Lightning Network aims to solve these limitations by providing instant and inexpensive transactions while achieving a throughput of approximately 1 million transactions per second.

Bitnob is known for its bitcoin savings model which assists individuals with consequently saving in bitcoin utilizing the dollar cost average. The investment funds element will offer Kenyans the chance to save their bitcoin for 3, 6 months, or a year relying upon their inclinations.

Bitnob’s payout is quite easy hence making it simple for Kenyans to get bitcoin straightforwardly into their bitcoin wallet, their USD wallet, or split between the two wallets. This is a seriously imaginative element giving Kenyans the opportunity to pick how they might want to accept their bitcoin.

This launch makes Kenya the third country the Bitnob app is available. Kenyans can now send to Nigeria or Ghana or send money from any of these countries to Kenya where Bitnob.

With this integration, Kenyans can now fund and withdraw from their wallets utilizing using Mobile money merchants like M-PESA, TKASH, and Airtel, making it advantageous for them to launch their bitcoin venture.