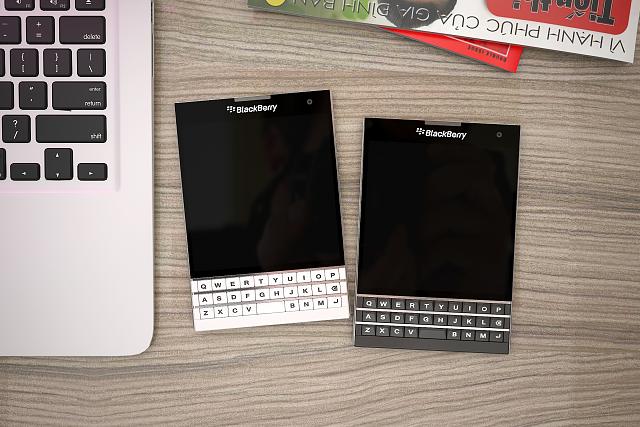 Having released a couple of devices a few months ago like the Blackberry Z30, Z10 and Q10, Blackberry has released it’s latest device –The Blackberry Passport which they hope will revive the ever falling revenues.

As many predict the death of Blackberry, You will be shocked that in countries like Uganda, 3 of the 4 network providers offer the latest Blackberry devices and services. Blackberry as a brand is still predominant in countries like Nigeria and South Africa albeit the ever declining market share to Android, iOS and Windows. According to Blackberry’s 4th Quarter report, the biggest share of Blackberry revenues are from Europe, Middle East and Africa compared to other regions.

The Blackberry Passport that was first announced this June, takes on a square form factor with a 4.5 Inch IPS LCD screen featuring the latest Blackberry 10.3 Operating System, the passport supports 4G LTE, a quad core 2.26 Ghz Snapdragon processor with 3GB RAM and 32GB ROM. It also has a 3450 mAh battery and a 13 MP Camera among others. It’s also important to note that Blackberry phones can now run 98% of Android apps which may convince former die hards and Blackberry sympathizers to try out the devices.

Even with all the powerful specs that can definitely compete with current device flagships like the Samsung Galaxy S5 or the HTC M8, there are no positive projections on the revenues of the once smartphone giant. Having posted loss after loss for the last 3 quarters, many believe that these are the kicks of a dying horse. According to a report by Kantar, Blackberry’s market share fell so bad that it wasn’t significant enough to be reported independently as a brand.

We recently wrote about  Blackberry CEO John Chen saying that this might be the end for Blackberry phones if the company does not turn in a profit by 2016. If that be true, combined with the poor Passport reviews plus slumping sales and revenue, it would be  a tall order to bank on the Passport to return the company to profitability.

With Blackberry’s Global outlook and swift distribution, you can expect the Blackberry Passport here in a few weeks. We shall update you on price and availability in Uganda as soon as it arrives.