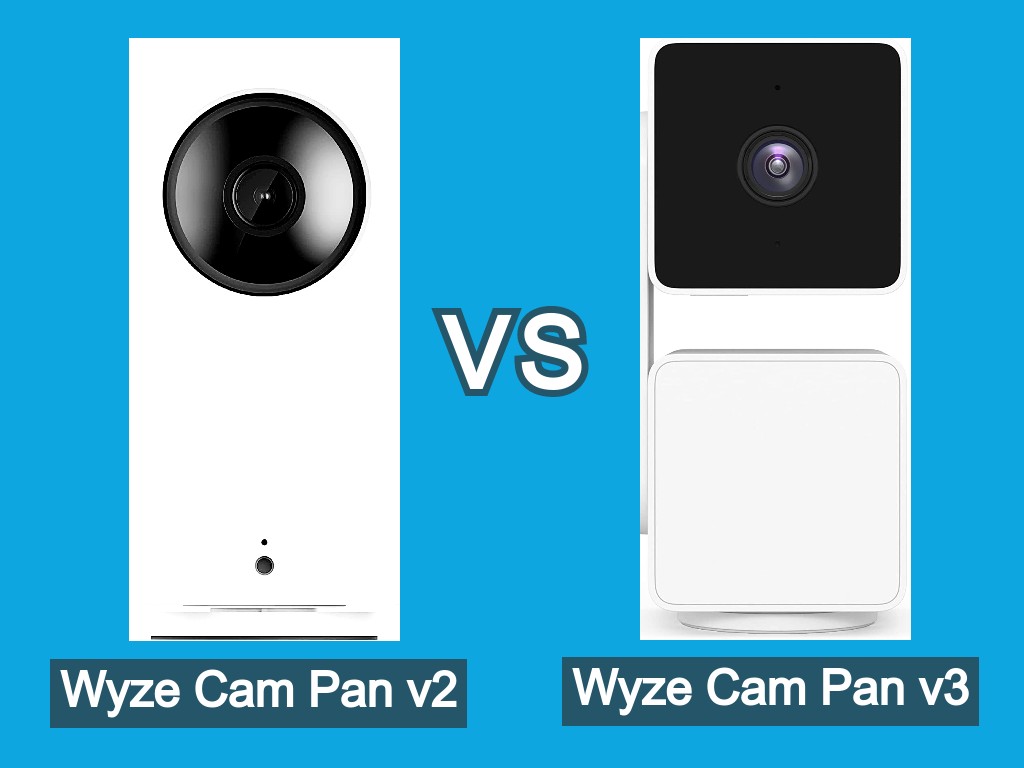 In summary, here are the similarities;

The top module is able to tilt up to 180 degrees vertically covering much more tilt area than its predecessor which can only tilt up to 93 degrees. This also enables the Wyze Cam Pan v3 to turn straight downwards with the camera lens looking into the base. Wyze calls this “Privacy mode” since the camera lens is hidden and can’t capture any of the viewable areas of your house. With the Wyze Cam Pan v2, the best way to achieve privacy is to turn the camera away from viewable areas for instance against the wall.

Besides the looks and the tilt angle, the Wyze Cam Pan v3 now supports IP65 weather resistance which its predecessor didn’t. That means the camera can take occasional rain, snow and dust particles. This makes the Wyze Cam Pan v3 an outdoor camera just as much as the Wyze Cam series but with Pan, Tilt and Zoom capabilities. I already own a Wyze Cam v3, but the one thing I really wanted is Pan and Tilt functionality. With this new feature, I think the Wyze Cam Pan v3 might make its brother, the Wyze Cam v3 redundant as this was the main differentiating factor between these two series.