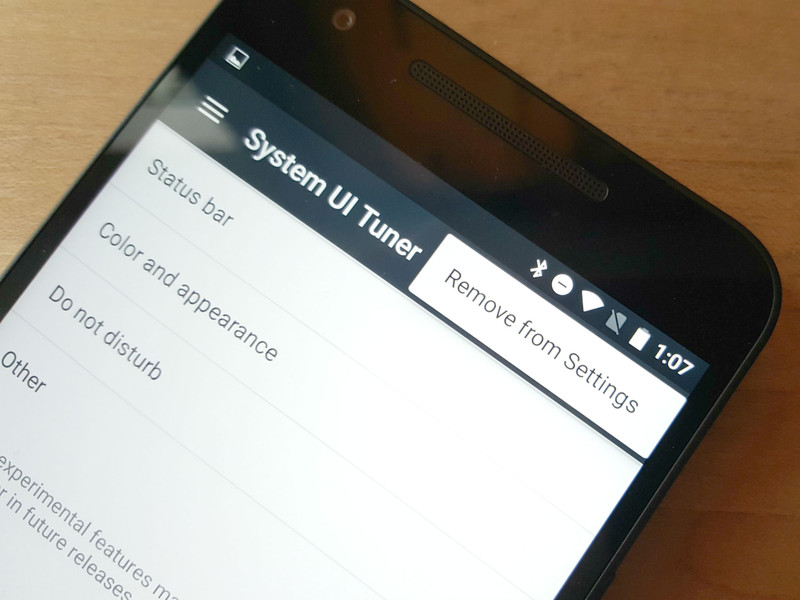 Have you ever heard about Android’s System UI Tuner? Yes? No? You probably haven’t given that it’s sneakily tucked out of the way. Google quietly adds this hidden experimental feature to Android phones since Marshmallow that gives one a bunch of secret settings otherwise not available topside.

To reiterate what we said earlier, this feature is available on most Android phones since Marshmallow and it’s supported by various device manufacturers. But not all. While System UI Tuner comes with stock Android by default, some a few cool kids like Samsung may disable it.

System UI Tuner comes with a funny disclaimer, and it’s spot on. To borrow their catchy tagline, It’s fun for some but not for all. Oh well. You can’t please everybody! “System UI Tuner gives you extra ways to tweak and customize the Android user interface. These experimental features may change, break, or disappear in future releases. Proceed with caution.” 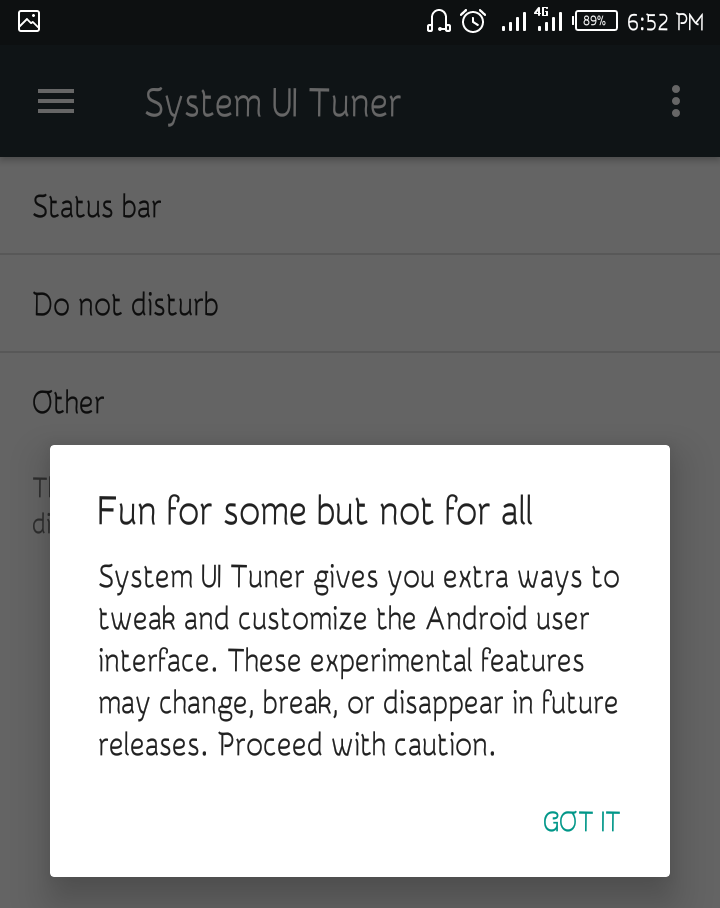 How to enable System UI Tuner

Turning on System UI Tuner shouldn’t take you more than a few seconds to activate. That is, given your smartphone supports the feature. It doesn’t hurt to try. We used an Infinix S2 Pro to get there. Look at the visuals below for reference.

>>Pull down your status bar.

>>Press the Settings icon (the gear) for a few seconds. A spanner/wench will appear when it’s done.

>>Go to settings. System UI Tuner will be at the bottom. Hopefully. 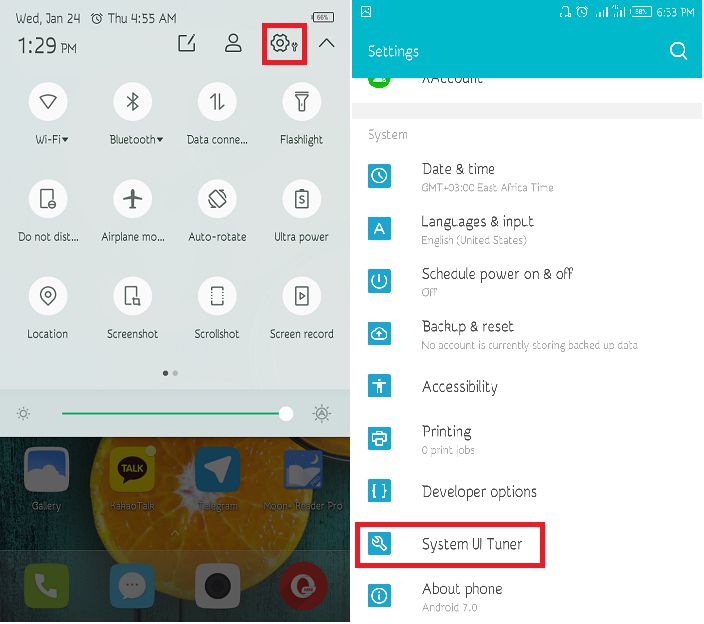 What you can do with System UI Tuner

In all honesty, there isn’t anything earth-shattering you can do with System UI Tuner. The experimental features come and go depending on Android whims. They also depend on which flavor of Android you are running. Our Infinix S2 Pro runs Nougat. 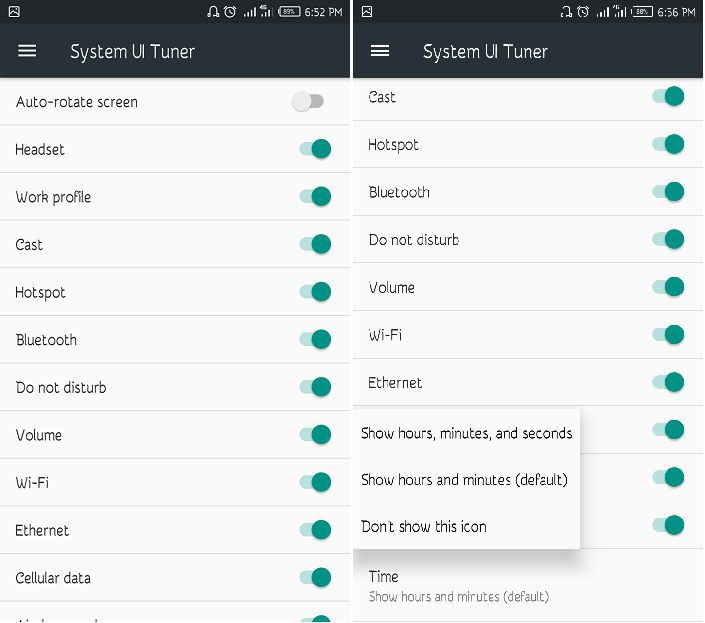 For one, you can choose which icons appear on the status bar. It would do wonders if you find yourself crowded with all manner of icons. What we loved was the ability to show time in hours, minutes and seconds. It’s rather addictive watching the seconds tick by.

Related: How to screen mirror from Android phone to Windows 10 PC 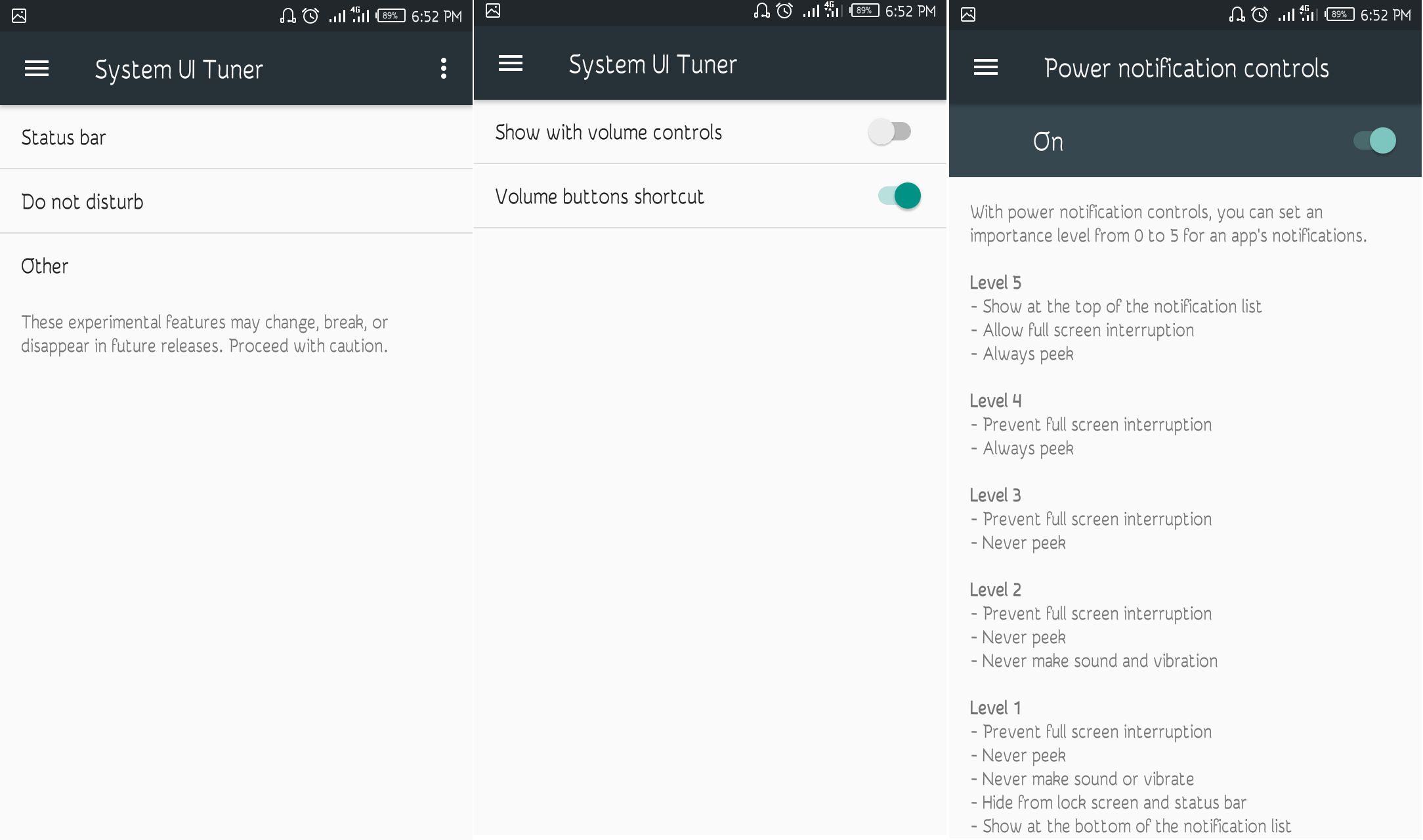 Power notification controls allow you set levels for your apps’s notifications. Level 1 is an all-out snub comprising Preventing full-screen interruption, peeking, sounds & vibrate, and what not. Level 5 makes sure you never miss a notification from your favorite app ever again. You can do the in-between too, if you wish.

Well then, why not give it a go and see how it is? A few minutes of tinkering is time enough to break your boredom long enough and learn something you didn’t know your Android device could do. So how about it?