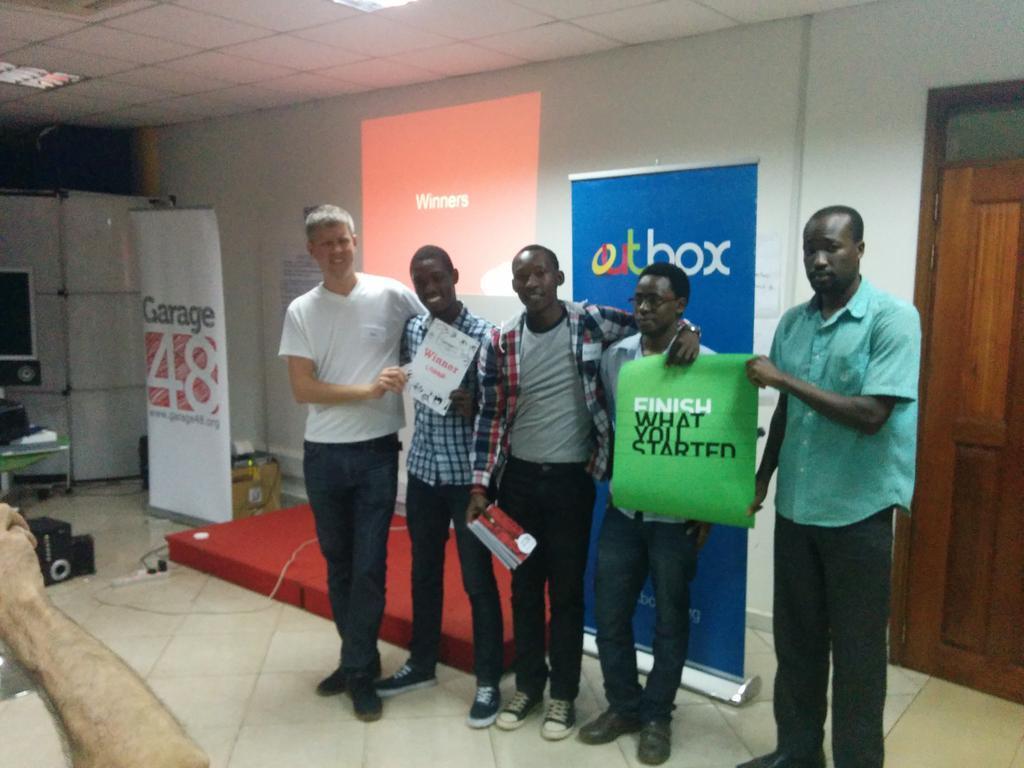 “They’re a great platform that can be adopted by any organisation in the world.The number of clients being signed onto the service even made it more attractive to the the panel of judges!” Jüri Kaljundi, co-founder at Garage48 foundation, on announcing Livana app as the winners of the 48 hour long hackathon that stretched from Friday evening to Sunday evening (24th – 26th October)

In the 2nd position was Trending-ShoW; a TV show discovery app based on user reviews, followed by AgriTrader, in the 3rd position, a farmer and buyer collaboration platform. However, at the end of the day, each of the 10 teams was contented with the results.

Back to Livana, basically it wants to digitize manual registrations at workplaces thereby ensuring expedition — an allure with which time is meteorically saved while resources are focused into more productive avenues. Joey Sekono, one of the four masterminds behind the product took the audience into several series of user cases. “Imagine, a employee just tapping on the button to sign in and sign out and not waste about 10 minutes that will never be regained penning away in a manual register.” With an A-team comprising of Benjamin, Aggrey and Drake armed with several web and mobile skill sets, the product was honed quite impressively. 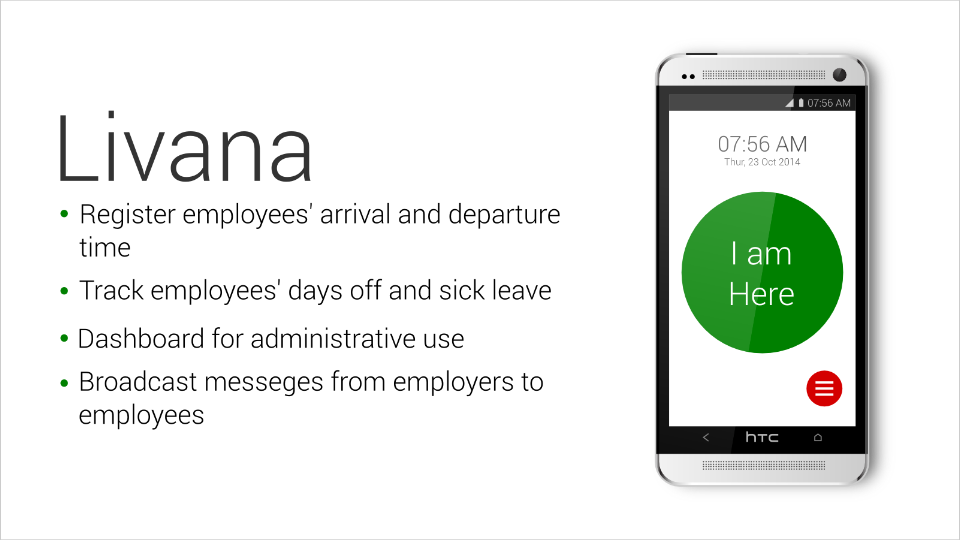 In many hackathons, the above issues are often sidelined but yet they’re very vital. It was crystal clear. All the slide decks were honed close to perfection; right from the colours used and the general presentation of the prototypes. It wasn’t easy, the event organizers spent a ton of time, many months of training prior to the event by the auspices of visiting resident designers and UI/UX experts from Estonia. The whole phenomenon of design doesn’t only rotate around pixels. Never. Design is used to solve problems and this was one of the major points of emphasis This is popularly known as design thinking. 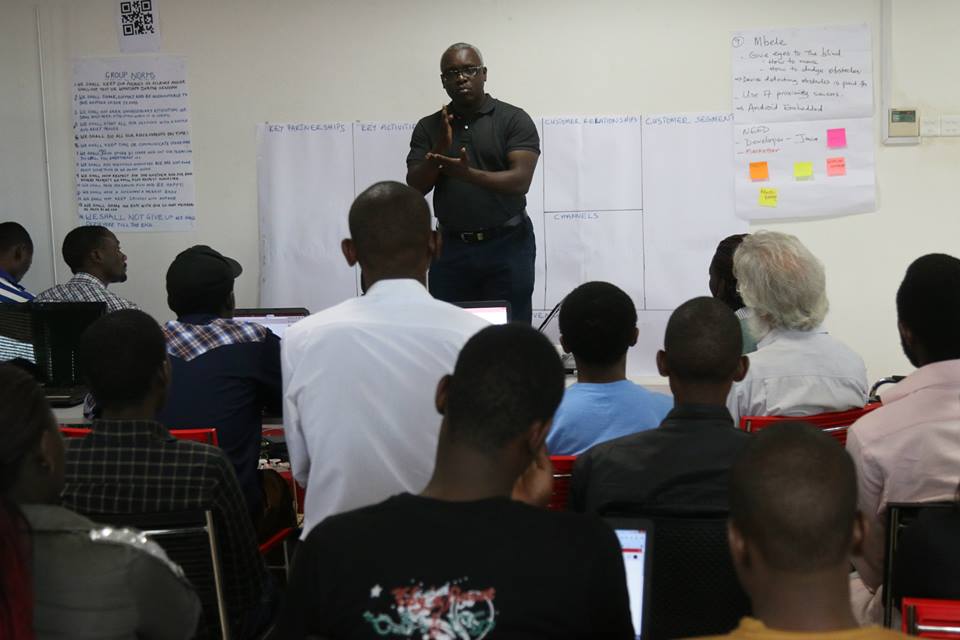 Nobody wants to build a product that won’t go beyond their devices, in fact every innovators badly wants their products to go viral. Yes, this is marketing we’re talking about and it’s a trade on its own. All the teams were quizzed into marketing themselves right from attracting talent in the team formation process to canvassing for the audience’s votes at the final demo. Carefully crafted but unobtrusive challenges. It was no surprise that Makado, a dedicated web-based software market place, won the people’s choice award after amassing over 100 Facebook likes in less than 2 hours while Zaala, a fun interpersonal betting app, won the prize for the best pitch. Ivan Mworozi, the lead behind Zaala has mastered the art of the pitch in a svelte manner. He’s such a wordsmith and disturbingly genius at pitching, the judges loved him as much as the audience.

Design thinking gone awry was perhaps a case of Mbele eye app, the eyes for the blind through leveraging smartphone capabilities such as sensors and the camera. Basing on the barrage of questions fired at the team by the jury, the idea behind was too good to be true. The technicalities involved were so confusing. I’d look at it in this way; 1 + 1 = 3, yes, Fibonacci’s number (sorry normal people, you won’t understand this one). Mathematically incorrect but makes sense at the end of the day. I am compelled to think the team bit a piece to many.

Also, Clinic Map, a mobile based app shows you the nearest clinic for any emergency cases. Lead by Elijah Bee, this team was recognized for their efforts in developing a potentially beneficial community service. And the Maybe app, an app for answering questions with Yes, No or Maybe came off as the funniest app, unofficially.

In conclusion, the unsung heroes of the event were the sponsors: The U.S Embassy, Estonian Development corporation, Syntech Uganda and Outbox hub.

Wait, up to now, I don’t know whether there was prize money or not. Maybe Yes. Maybe No. Maybe Maybe. LOL