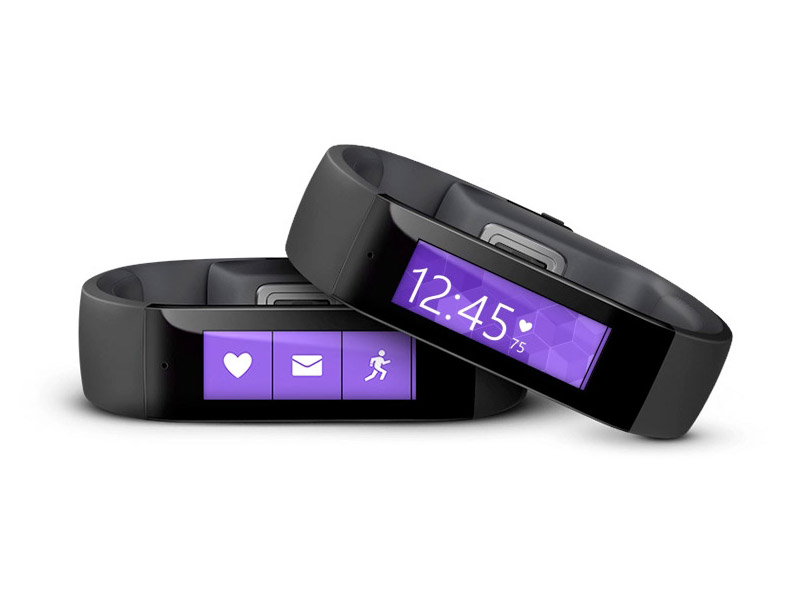 Even though a bit late to the wearable party relative to the competition, Microsoft has finally released its long-rumored fitness band that also doubles as a smartwatch — kind of.

The Windows Phone-based 10-sensor fitness tracker isn’t shy of features that existing devices already have. It comes with a color touchscreen, heart rate tracker and fitness watch with GPS, features that are characteristic of wearable devices currently on the market. The device has got a fairly tiny 1.4-inch touchscreen at just 320 x 106 resolution, and is powered by two 100mAh lithium-ion batteries that are enough to take you for atleast 2 days. Besides this, here are 5 things that summarizes everything about Redmond’s new device.

Microsoft Health is Microsoft’s cloud-based health service that gathers insightful data about users from fitness devices and apps. The service integrates with activity-tracking devices such as smartphones, smart watches and existing fitness and health-tracking apps such as RunKeeper or MyFitnessPal which connect easily to Microsoft Health.

With this development, Microsoft will nolonger be relying on thirdparty devices and Apps now that it has its own fitness band.

A smart watch wrapped in a fitness band

The Microsoft band isn’t just a device for those that like to jog or work out in the gym. It’s also a companion to your bigger smartphone that’s often hid in your pockets. The device lets you preview emails, calendar alerts so that you know what to do at a glance.

The Microsoft band joins a highly competitive market that’s saturated with smartwatches from the likes of Samsung, LG, Motorolla, Google,  Huawei and Apple.

Syncs with Android and iOS devices

Surprisingly contrary to what other vendors have been doing, Microsoft isn’t locking you to its ecosystem of devices. Instead the company has made its wearable device to happily work alongside devices from other vendors. According to Microsoft, the device will work well with iPhone, Android, or its own Windows Phones. The company being a late entrant into the market and considering its miniature marketshare compared to the competition, must have thought that as a great strategy to enter into the wearable market.

Microsoft has designed its fitness band to be voice-controlled via its voice-based assistant called Cortana, the companies version of Apple’s Siri or Google’s Google Voice. However, Cortana will only work with Windows Phone 8.1 devices. You can dictate notes, set reminders, ask for directions, sports, weather information among other services with your voice instead of fidgeting with touchscreen keyboards on small screens.

Comes at a Mid-range price

The device goes for $200 in the US. Its availability in the African market is not yet known.