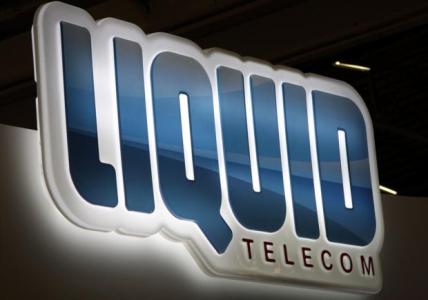 Liquid Telecom, which last year acquired one of Uganda’s longest serving and best respected internet service providers, Infocom, is the only internet company with its own fibre ring drawing on all five undersea cables entering East Africa, and linking Kenya, Uganda, Rwanda and Tanzania in thousands of kilometers of fibre optic cabling.

Earlier this week, the company unveiled a UGX2bn investment programme in its internet infrastructure across Uganda, including the tripling of its Points of Presence (PoPs), the upgrading of its data centre, and the connection of a series of Ugandan rural towns to its fibre internet backbone.

Duncan Nimuhane, the network manager at the company, said the aim is to connect far more Ugandans to cheaper and more reliable internet. In order to achieve this, the company has also implemented a major upgrade of its international gateway data center.

One of the major upgrades is the installation of DWDM Alcatel (Core Dense Wavelength Division Multiplexing system) designed for long-haul and ultra long-haul optical networking applications. According to Duncan, this is the most advanced technology in the market and has increased the company’s Internet capacity 16-fold. “We were initially using an SDH router with a capacity of 10Gig, but the new DWDM has a capacity of 160Gig,” said MrNimuhane.

Following from the installation of this unrivalled capacity, the company’s Kampala data centre is also now hosting a UNICEF gaming server, with no capacity limit.

The gaming server, which was installed as part of Liquid Telecom’s CSR, will support online games all over Africa. “We provided the hardware and the online link and gave the server unlimited capacity/bandwidth. The hardware alone costs over $20,000. This is in line with our long term plan of being a Pan African force for change and development, offering solutions to the continent,” said Mr Nimuhane.

UNICEF wanted to provide a platform for coding for social benefit, since many developers better themselves or begin with coding for games. The server has improved app development within Africa and has enabled gamers to have a better experience, since initially there were no local online games and slow Internet speeds caused problems in re-routing games from servers in Europe and America.

Other notable infrastructure upgrading geared towards better service delivery include the acquisition of a Cisco 9010 industries’ leading AS router, which is the only one in Uganda. This technology simplifies network for Internet service providers through delivering video, mobile and cloud services. Liquid Telecom is a leading supplier of Internet capacity to many local, and national Internet service providers and telecommunications companies.

The new router will position Infocom and other local Internet suppliers to expand their network to meet growing bandwidth demand.

Liquid Telecom’s recent massive investment in the country is posed to breathe a new life into the Internet industry in Uganda and the East African region, with the creation of the first regional fibre ring, the East Africa Fibre Ring.

Liquid Telecom’s fibre connection from Kenya to Uganda, via Tororo, heads westwards into Rwanda across the Katuna border. The connection in Rwanda the goes onto Tanzania and back to Kenya to the five submarine connections that enter via Mombasa. If there is any cut in the connection on the route to Kampala, the connection through Tanzania automatically and instantly backs up the services, giving guaranteed continuity of connection.

Liquid Telecom is the only Internet supplier in Uganda with connections to all of the region’s five submarine cables: Seacom, Teams, Wacs, Eassy and Sat3.