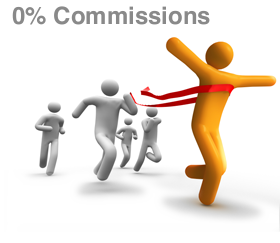 In Africa, Kaymu, an eBay-like marketplace, is one of the leading online businesses of the several startups under Rocket Internet’s stewardship.

As reported by Techmoran, Kaymu recently scrapped seller commissions on all products sold via its platform in Africa. Note that this only applies to Algeria, Angola, Ethiopia, Kenya, Rwanda, Morocco, Tunisia, Zambia and Mozambique. Countries like Uganda are not part of this new development. However, the zero commission move is geared at encouraging as many people as possible to sell using the e-commerce portal.

Now, one of Kaymu’s arch competitors, OLX could be the reason behind the zero commission move.

Naspers-owned online classifieds platform OLX has been on a mad growth streak in the recent expanding into 11 countries in South East Asia and Europe. Also, OLX is widening it’s area of coverage with the recent launch in Uganda as well as asserting itself even more in Kenya and South Africa through localization. The battle of awareness and adoption is being tussled out the advertising screens. From millions of Google and Facebook banner Ads served to internet users, the competition has spilled over to traditional media, too, especially TV and radio. The current mobile first maxim hasn’t been spared either, mobile apps on the leading platforms are being released every other day.

The widely publicized launch of the internet.org app in Kenya orchestrates this competition –Kaymu Vs OLX– with such nuance. OLX, through the partnership with Facebook, will be available to Kenyan Airtel subscribers for free of charge. It should be noted that the number of internet subscribers in Kenya has grown by 13% in 2014 now standing at around 13.1 million, with mobile subscriptions remaining the greatest contributor of internet data subscriptions. And this doesn’t only signify the enormous potential to connect more people in Kenya but also the potential to bring about a revolution in e-commerce.

Already, OLX boasts of over 200 million active monthly users worldwide with users generating more than 11 billion monthly page views, which translates to around 360 million page views each day. A significant fraction of this traffic comes in from Africa. This clearly demonstrates the paradigm shift in the way C2C (Consumer-to-Consumer) is taking toll.

In conclusion, the question of whether there is an impending e-commerce bubble or not is for another day but surely Kaymu and OLX and others will continue the tussle. And that’s how users win especially through better and cheaper services.