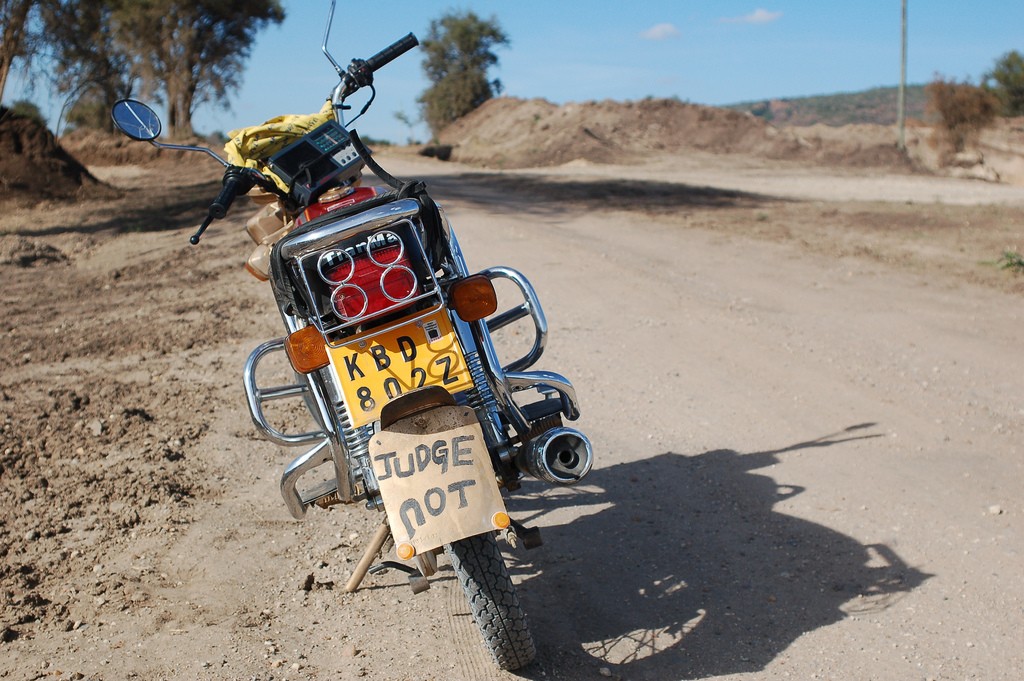 The vacuum created by unreliable public utilities, high public demand for alternative services and ease of acquisition of better services birthed two products every African is quite conversant with.

The mobile phone and the motorcycle.

Not to regurgitate history or argue against/for which products that made groundbreaking impact, advancement of technology in the recent past has largely brought about the aforementioned.

It’s quite evident even in the remotest of places on the continent; mobile phones and motorcycles are nearing ubiquity — bicycles slowly being weeded out. The utilitarianism of these products is a forte to behold.

A lot has been said and done for mobile phones; from the much needed FM scanners and torches bundled on dirt cheap feature phones, to advancement in mobile payments, adoption of smartphones, again, sired by less than $100 smartphones. And, viola, mass creation of mobile apps. The questions that we asked and argued about for the last few years have now mostly been answered, become irrelevant, or both, and new problems and puzzles are emerging. We’re persisting, burning litres of midnight oil and even scratching the earth for solutions.

In a stark contrast little has been done about motorcycles, new and even more pressing problems and puzzles are emerging.

In Nairobi and Kampala, they’re known as boda bodas. In Lagos and Doula, they’re known as Okadas, mobi-taxi among many other colloquial names, regardless of the differences in names, they serve the same purpose – convenient and fast paced locomotion on heavily congested city roads. In rural areas, they serve as a means to an end – transporting people and mid-sized goods.

The sharp rise of usage of these two or three-wheeled locomotives is largely alluded to the dirt cheap prices they sale for. China, the major exporter of these products, is no longer just a source of affordable fine clay and other consumer goods alike. It is a power house that is affording business realities to Africans – rich, poor, entrepreneurs, policy makers.

But China’s rise heralds the dawn of a pragmatic, cooperative, and business oriented Chinese policy doctrine. Chinese manufacturers are sticking to the script by serving what the market demands, but then, they’re missing the innate minute details. The same minute details that the mobile money generation curved out of the availability of mass market feature phones. It justifies the vitality of building the next generation motorcycle that will make do of the damage inflicted by the millions of motorcycles rotting on the continent. Or perhaps circumnavigating roadblocks to having a proper functional boda boda network.

At the heart of 80% of motor accidents in Kampala are boda bodas. According to the Injury Control Centre, Uganda, Mulago Hospital, the national referral, alone receives five to 20 boda boda accident cases every day, resulting to 7,280 cases in year. These cases have been growing at a rate of 25% per year.

In Juba, South Sudan many of the casualties from boda boda accidents are admitted in the so-called Senke ward, at the city’s main hospital, a ward named after the $700 Senke motorcycle made in China, that so many youth engendered by the sky high unemployment rates, have smashed into trees, potholes, cars and each other.

The carnage that continues to spill blood on the roads is getting out of hand by the day regardless of measures being employed.

Whereas some protagonists expect the masses to sit back and sing kumbaya, patiently anticipating the intervention of divine providence. A wave of innovators are hustling to present us with the repurposed motorcycles that want to change the initial preposition — speed in congested areas and mobility in hard to access areas.

For Kenya’s Sendy, an uber-approach is taken, the app provides an interface through which clients can hire riders to run for them errands on-demand. Things like sending packages are usually expensive and difficult in big, congested African cities like Nairobi. Many people use motorbikes to get to work to avoid getting stuck in traffic, so using motorbikes for deliveries is a smart, cheap, local solution. Sendy is tailored for such.

Hello Food Uganda, one of Rocket Internet’s startups, in partnership with Tugende are delivering food over orders made from your smartphone/laptop in record time by use of boda bodas. These boda bodas are terribly well known for beating Kampala’s crazy jam and yes they will find your home address that’s “behind some mango tree, next to Mama Mboga’s shop, besides the green gate” because of their strong local knowledge. 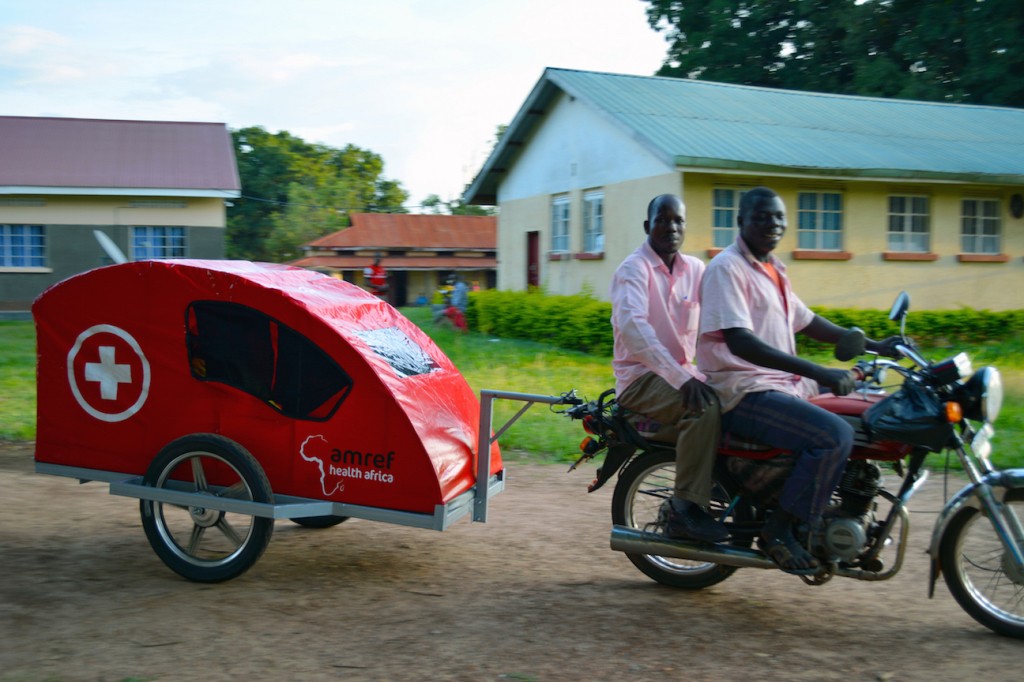 Now, despite advancements in transportation and technology today, many of Uganda’s rural communities still grapple with accessing medical treatment. However, Pulse Uganda, a social enterprise venture based in Kampala, with roots from Zambia, partnered with companies and organisations to distribute an innovation that may settle the village ambulance. The Pulse Village Ambulance is a custom-built, weight balanced and low centre of gravity trailer that can be pulled behind virtually any bicycle or motorcycle and is designed specifically to meet the emergency transportation needs of rural communities. It’s costs are just a tiny fraction the total cost of a standard ambulance.

Besides the agony and grief these boda bodas have caused on the roads, the lawlessness of the riders is nauseating thereby making commuting such a harrowing experience. But where are the policy makers to hack traffic laws where we need them? To ensure that every user wears a helmet, is insured and the bikes are in human-friendly mechanical conditions, no? For example in countries like Sierra Leone and Ghana, the road experience is not as harrowing, okadas were banned from the major city routes by law.

To underscore how unpopular  these motorcycles have become, the population-laden metropolis of Lagos faces the same predicament as is in Kampala. The is lack of proper regulation. Several laws have been promulgated at curbing the misdeeds borne of okadas’ operations on major transport routes. However, to no avail have these suggestions been implemented – mostly in fear of political reprimand from those in the business.

Ride of death, it largely remains – no helmets, pothole ravaged roads, playing dare with cars in dangerous mechanical conditions, riding at the speed of light – this is not for the faint hearted. In fact, those who go ahead to tweet in transit are the warriors, for their hearts are as hard as stone and they enjoy tapping and swiping their mobile apps. My prayer is that that boda boda arrives safely and/or maybe we shall have flying ones in the future, for there will absolutely be no distraction — and fear of accidents.

4 thoughts on “Why are we still hacking mobile apps — and not boda bodas?”