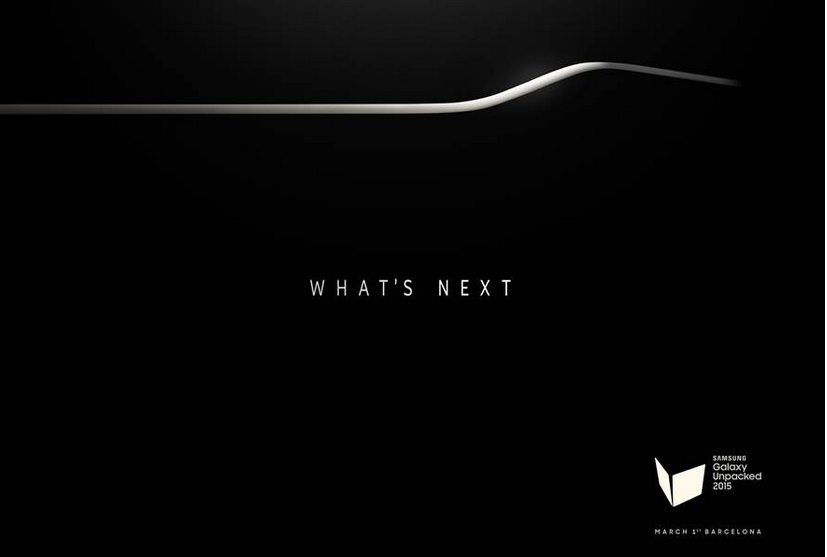 The date has been set – it’s March 1st. The venue confirmed – CCIB(Centre de Convencions Internacional de Barcelona) and as usual there will be lie streaming of the event for the international audience.  The anticipated Samsung Unpacked 2015 is here. It’s the annual event where Samsung announces it’s new products (especially it’s  flagship device). With quite a tough 2014 (in terms of decline in sales/profits) and massive competition from multiple global players including the likes of OnePlus One, Samsung is under pressure to keep wowing their fans so as to maintain market share and profitability.

After lot’s of rumors and leaks, this is what we expect the Samsung Galaxy S6 to have. A 64-bit eight-core  CPU which is said to be 50% faster. The display will feature a 5.1-inch Quad HD Super AMOLED display with a 577ppi density, customized for stunning outdoor visibility and super dim mode for late night. As always the camera is a bug deal and the rumors show a huge 20 megapixel OIS camera sensor and a 5 megapixel f/1.8 front-facing camera with real-time HDR. Samsung is cramming in a 2550 mAh battery that gives you four hours of usage on a 10 minute charge.

And of course there will be Samsung Pay for sure (even though this looks bad if you ask me) The pay services will works with 90% of existing magnetic stripe payment terminals, and NFC payment terminals. We expect a 3rd storage option 32 / 64 / 128GB  and the much wanted Metal and glass body.

Will the Galaxy S6 be the savior Samsung is looking for?

After the 2014 specs race that saw manufacturers launch phones with crazy specs, We are left wondering what else they are going to add in terms of specs. Will phones have 4GB RAM? is it necessary? Do more mega pixels mean a better camera? What practical advantages does 64bit processor have over a 32bit for an ordinary user?

My guess is that bigger specs are not going to be enough to wow fans. Everyone wants a better battery but no one has made significant strides in that area. All smartphone batteries hardly last a day with heavy usage. It’s also unfortunate in this case as Samsung now seems to be copying Apple with the “Samsung Pay” as they did with the fingerprint sensor. All I see is that makes Samsung look like an Apple wannabe.

But before I rumble a lot and eat my own words, let’s wait for the release date and see what the Mobile giant has to offer.

One thought on “Samsung Unpacked 2015: Will the Galaxy S6 be the Samsung Savior?”