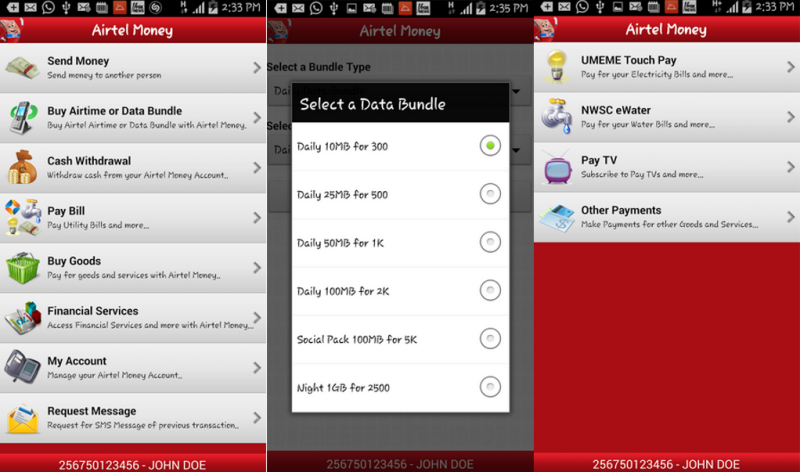 Lets start off with the Mobile supported mobile money statistics in Uganda. Shall we?

When MTN launched its mobile money platform in 2009, it was already the largest telecom by numbers. It didn’t have to acquire new customers for its mobile finance platform. The telecom giant just converted existing mobile users who were using its SMS/Voice services to Mobile Money subscribers.

When other telecoms launched their own platforms in the subsequent years, it was hard for MTN subscribers to leave the MTN platform or users from other networks to join the MTN platform.

It’s a decade-old “Network Lockin” problem that we’ve had since Mobile telephony was launched in Uganda. Now even though there’s been much talk about Mobile Number Portability(MNP), a mechanism that would make it dead-simple for you to switch from one mobile operator to another without having to change your mobile number, UCC doesn’t see it as a priority.

Network Lockin favors the monopolies. It widens the gap between the “Haves” and the “Have nots”, the “big” and “small” players. And this is where Airtel Money App comes in.

Imagine how liberating it would be if you could simply switch from one network to another without worrying about losing your contacts, announcing your new number to your contacts, missing calls and texts etc? It’s not happening any time soon with Voice/SMS but it’s surely here with Mobile Money.

Airtel Uganda last week released an Android-based App for its Airtel Money platform. According to earlier reviews, you don’t need to have an Airtel Simcard to actually transact on the platform other than when you are creating an account. You could simply still use Airtel Money while your smartphone has an MTN simcard for instance.

It’s freedom for mobile users but it could be a tactical move by Airtel to gain more subscribers from MTN for instance. MTN subscribers don’t have to abandon their MTN Simcards all together. They simply have to install a mobile App to use Airtel’s Mobile money platform. Low costs and risks of switching mobile money providers might help Airtel win some clients transacting on its platform.

In his post, the future of Mobile Money, Angello Obel, contributing author here on Dignited sees the future of mobile money to be network independent;

“The future of mobile money is network agnostic, you will not need to be on a particular network to access the mobile money services. We received a hint of that lately when Airtel released an Airtel money application that doesn’t require you to have an Airtel SIM card to use.”

Other than freedom for users, mobile subscribers who own smartphone can also benefit from a better user experience with an App rather than USSD shortcodes. Allan Rwakatungu, Founder and CEO of intelworld , a company that develops mobile commerce solutions, offered some of the drawbacks of using USSD technology for financial services.

“The user experience with USSD sucks. You have to remember codes like *687*34# to access the service you require.” he said.

Bright Onapito in his review of Orange Money when it was launched in 2013 criticized it for not not having a user-friendly mobile app.

But how has this been even possible? Previously Airtel Money platform was running on GSM standard, specifically the notorious USSD technology which is a cousin to SMS. That’s what most mobile telecoms run on. However, it turns out Airtel has adopted its mobile money platform onto the TCP/IP standard, the one that runs the internet you know. This is cool. But it also opens up a can of worms as the shall later see according to skeptics.

Some reactions to Airtel Money App

“This is exactly the kind of forward thinking and innovation the industry badly needs. Thank you Airtel” — Aaron Tushabe

“Installed the app on my phone, seems to work seamlessly … Now I have a reason to use Airtel money, let me take this for a spin and see how it works” — Stephen S. Musoke

“I am grateful to Airtel for pioneering this because MTN for whatever reason has ignored going TCP/IP and it is hurting customers.” — James Wire

“I have Installed the Airtel Money Android App and am not complaining.” — Ephraim Batambuze

“This is going to be a game changer indeed. I’m watching this space intently” — Oyaka Makmot

As I earlier stated, being old-school has its advantages. The GSM standard on which Airtel Money has been running is one of the most secure technological platforms in the world. When did you last hear that hackers cracked into MTN’s network and stole Airtime or tapped into people’s voice conversations or SMSes? We’ve seldom heard of such cases. Mobile networks have traded user experience in preference to security.

However, the new-school — TCP/IP standard —  isn’t as secure as the good-old GSM standard. That’s why it’s not surprising to hear of Dropbox password leaks, credit cards stolen on major stores like eBay and networks breached like the recent Sony hack.

Daniel Olel, a regular commentator of this blog had his reservations with the new innovation on the security front.

“Is this app secure? Does the customer have to logon or enter their pin when they are sending/withdrawing money or paying bills? Is the app storing data on the smartphone, if so, is it encrypted well? Are they using HTTP or HTTPS with SSL. How secure is the server side of this application?
Those are questions they should be asking themselves, in order to have better application security otherwise they could be looking at serious losses incase of a security breach” — Daniel Olel

But we aren’t talking just security here. Anything that uses the TCP/IP standard or simply put, the internet opens you up to competition or rather disruption. Think about how messaging app Whatsapp which uses your internet connection beat the Telecoms with their SMS product that used GSM standard. The internet is a level ground for both a student with an idea and a laptop in his dorm room and a big Telecom like Airtel. That’s why Felix Kitaka thinks that once mobile subscribers get used to using mobile money Apps, then there will be no difference between a Telecom and an App-driven independent mobile money provider.

“On first sight, it appears to be a brilliant innovation but on the other hand, I feel they have opened themselves up for disruption.

The USSD gateway which is highly controlled by the telcos has been the most popular interface for mobile money. By educating the masses about the mobile app interfaces, a new breed of entrepreneurs could come up and beat them at their own game.” — Felix Kitaka

Already we know of two independent mobile money providers in Uganda; Ezee Money and lately MicroPay. Micropay runs on an android app and offers almost the same services that the Telecom’s platforms offer such as money transfer, utility and bill payments.

What’s the future of mobile money transfers and payments? No body knows. But if ignore Mobile Apps, you are surely setting yourself up for mega disruption.