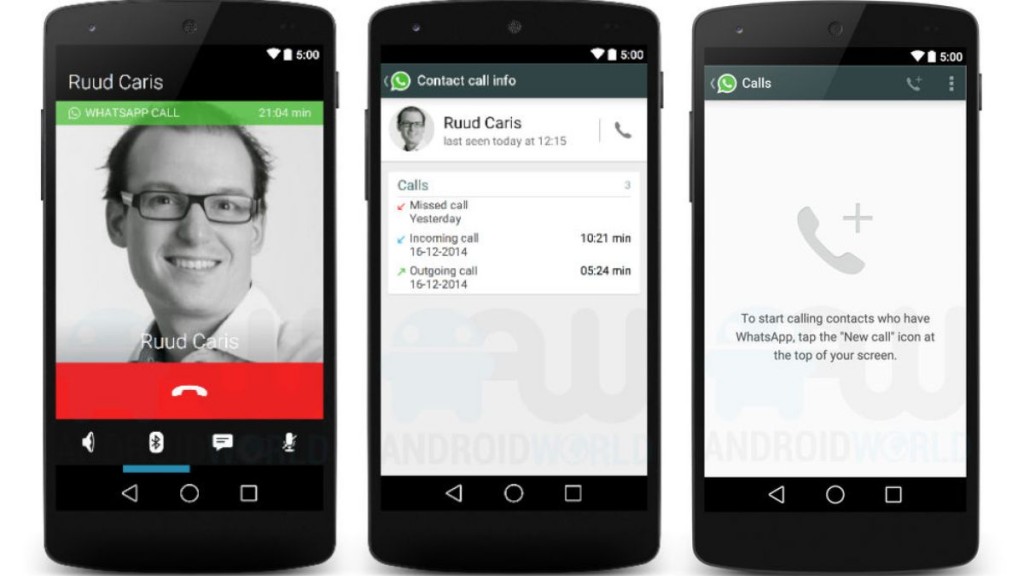 After numerous leaks and a lot of anticipation, WhatsApp, the most used instant messaging app started rolling out it’s Voice calling feature. Even though not yet official, with the latest version of what’s app and a few procedures, you can activate the calling feature on your smartphone.

We have for a long time had Skype, Tango, Viber among many others offering Voice over internet. The question is Why is Whats app Voice calling  in particular looking more like a threat?  In his article “In the Smartphone world, voice is just an app and it’s everything the telecoms feared” Dignited EIC David Okwii argues the death of Voice and why telecoms need to embrace data as the new voice.

It may be that Whats App has the numbers (700 million with over 1 billion downloads on Android alone), or may be that it’s now backed by Facebook that has the financial muscle and agility to pull off crazy stunts like the Internet.org among others. Whatever the reasons are, telecoms are going to have to accept that Voice is dying (or dead) and start moving on.

Declining revenues from Voice and SMS

With the introduction of mobile operating systems pioneered by Apple and later Android in 2007 plus the app economy, software/apps became available for the masses. This is when things began to change for the telecoms.

It all began with Skype where all you needed was an internet connection to call anyone with Skype around the world. At the time, Skype was only for the affluent because an internet connection let alone a steady one, was costly. A few years later, we not only have skype or a faster and affordable connection, we also have multiple calling apps like Whats app, Tango, Viber, LINE, Kakao talk among so many others.

With a combination of instant messaging (SMS) and calling features, these apps started chipping away at the what made the biggest percentage of telecom revenues. In Uganda, Voice is still widely used since smartphone and internet penetration is still low. Even without official statistics, it’s evident that smartphone penetration and adoption are rapidly increasing. Huge phone manufactures are making more affordable smartphones which currently go a low as Ugx 120,000

Policy Regulations and government intervention may not save them

It’s not only the telecoms that are affected. Governments are affected too. Telecoms remit colossal sums in taxes to governments. MTN Uganda alone remitted billions of shillings in taxes for 2014. According to the MTN 2014 financial report, Most of it’s revenue in Uganda came from Voice. Would government allow the introduction of Whats App voice when it’s well aware that it’s going to grossly affect it’s tax base?

Korea Communications Commission (KCC) sided with Korean telecoms supporting a proposal to charge users for calls over the popular Kakao Talk App that has over 100 million users many of them being in South Korea. Kakao talk is just like What’s App with a Voice calling feature that allows users to call each other as long as they have a data connection.

Unfortunately, this alone will not stop users from utilizing the apps. It’s also important to mention that regulation of internet businesses is quite technical let alone almost impossible.

Why It’s not so bad for the telecoms

It’s my belief that telecoms should get on board because this will mean increased data consumption in order to enjoy VOiP calls. To achieve a good level of call quality when making  call over the internet, one will need at least a 3G+ connection or better still a 4G connection. Good speeds encourage consumption  which will (even though not immediately) increase revenue for telecoms. MTN Uganda had 10% of it’s total revenue from data with a 36% increase in data revenue in 2014 from 2013.

On the other hand, sticking to Voice and SMS would be to sign your own death warrant as a telecom and not being keen about the changing trends. As earlier mentioned, in Uganda, majority of telecoms still get most of their revenues from voice but these keep dwindling every quarter and it’s only prudent to start investing in internet infrastructure as the future cash cow.