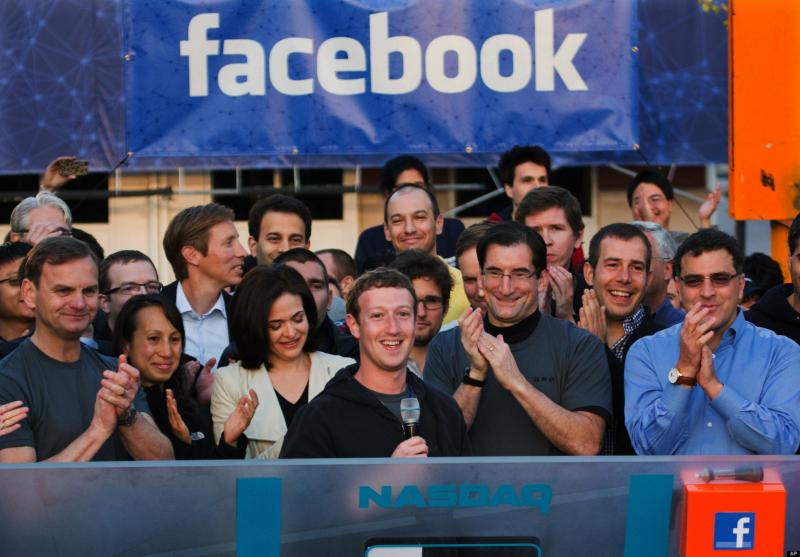 Facebook has a clear and inspiring mission — “to give people the power to share and make the world more open and connected.”  The social network isn’t stopping at anything until it has achieved its vision. Whether it’s building orbital drones, creating digital colonies in emerging markets, betting on unproven technologies or pioneering new online business models, Facebook is constantly reinventing itself to stay relevant and ahead of its competition.

With 1.35 billion monthly active Facebook users  of the 7 Billion people around the world, Facebook has achieved a significant milestone. Each of those users is spending on average 21 minutes a day on Facebook. About 510 comments and 293,000 statuses updated every minute. Of the 1.3 Billion users, Facebook has connected only 100 Million African users of the 1.1 Billion Africans. Still, not outstanding, but it’s still a remarkable milestone considering that Facebook is the internet in Africa. Facebook is now on overdrive to get more users online thanks in part to its internet.org project. With drones and lower data costs, Facebook is on track to connect the next billion users from emerging markets.

In July this year, Facebook announced Internet.org App in partnership Airtel Zambia. The app that first launched in Zambia and soon coming to other countries is meant to make the internet accessible to more people by providing a set of free basic services. These services such as health information, market prices etc will show users the value of the internet and therefore a bait to bring more people online.

Google and Facebook are on a fierce race to dominate the information age. Only about 2 billion people have access to the internet most of whom are from the developed world. The remaining 5 billion are still cut off from the digital world which the two companies see as potential growth areas. The two companies have hatched a plan that will connect the next billion users to the internet — drones.

Using high-altitude orbiting drones that beam internet to the earth below is seen as a sure way to bring internet access to the developing world, at least so they think. Google earlier this year in April acquired Titan Aerospace, a New Mexico-based maker which Facebook had courted  for a reported $60 million. Apparently Google raised a higher value and snatched the drone company from Facebook. But Facebook didn’t relax. It started the Facebook Connectivity Lab, its hacker program that’s challenged to build drones, satellites and lasers to deliver the internet to everyone.The social network  bought a UK-based company, Ascenta, which is designing high-altitude, solar-powered drones that can fly for weeks, Zuck revealed in a Facebook post.

The scramble for Africa part two

When western imperialists came to Africa, they robbed her of her natural resources which were used to build industrial complexes in Europe or provide cheap labour for agricultural plantations in America. That’s in the history books. But history has a way a way of repeating itself.

Forget the industrial revolution where we have had things like the British Empire, now we are experiencing the information revolution that ushers in new kinds of empires like the “Facebook Empire”. In this information age, western companies aren’t using more aggressive methods such as physical occupation, oppression and exploitation. Instead they are using virtual or digital elements driven by advances in information and communication technology to establish strong digital colonies in Africa as I earlier laid out.

To drive the point home, go to www.alexa.com and select the top 10 most visited sites in your country. The results are obvious; Google and then Facebook. This is not about to change. Facebook already has 100 million users in Africa which is increasing annually while Google’s approach to dominate the digital landscape on the continent is well documented.

Let’s now look at Facebook itself and how its fending off potential prey from its territory. Has the social giant thought of the fact that it could get disrupted by some new cool-kid silicon valley start-up the same way it killed Myspace?

Well Facebook is continuously scanning the radar to fish out those new companies. That’s the reason it bought the likes of Whatsapp for an eye-popping  $19B, Oculus Rift and even wanted to buy Snapchat for a cool 3 Billion, but the guys, like Zuck in his early days, turned down the billion-dollar acquisition. Facebook is fragmenting itself in different platforms so that it can get you wherever and whatever you use. Like Google which has fragmented itself into other products other than its main cash cow product — search monetized through its ad network called Adsense — Facebook is breaking itself into small semi-autonomous companies managing their own products. Each has its own audience and cultivates its own business model independent of the main Facebook as Zuck explains while revealing the company’s third quarter earnings on Tuesday evening;

“Over the next five years, our goals are around taking our next generation of services, Instagram, Messenger, WhatsApp and Search and helping them connect billions of people and become important businesses in their own right.”.

Besides the big mainstream Apps, Facebook also has 4 more independent Apps from its creativity lab namely Rooms, Paper, Mentions, Slingshot that “apps to support the diverse ways people want to connect and share”

The social network is using this strategy to “disrupt” itself before its disrupted by an emerging technology. Zuck and team seem to have followed Clayton Christensen’s advice on managing disruptive Innovation. Clayton who is the author of the book The Innovator’s Dilemma advises companies to breakup or create independent semi-autonomous companies that create disruptive products that serve an emerging market that seems unattractive to invest in. He argues that established companies have cost structures that forbid them from investing in emerging markets which often have very low profit margins that can’t sustain them. Hence spinning off a separate company or making an acquisition seems be a logical step towards managing disruption.

Augmented Reality is the future of networking

Even though virtual and augmented reality company Oculus Rift which the company bought for a whooping $2 billion won’t bring in huge amounts of revenue in the near-term, Zuck is betting that this mode of communication is the future in the next 10 years.Zuck said;

“As I’ve said before, with Oculus, we’re making a long-term bet on the future of computing. Every 10 to 15 years, a new major computing platform arrives and we think that virtual and augmented reality are important parts of this upcoming next platform”.

The company is already working with the developer community to create Apps that use the platform. Facebook has now  already shipped more than 100,000 of Rift developer kit to over a 130 countries. The company isn’t in a rush to make a profit just yet.

“Our efforts here will take longer to achieve their full impact, but we’re going to continue preparing for the future by investing aggressively” Zuck said.

Controlling the Newsroom as Algorithms are the new Editors

Gone are the days when journalists and experienced editors hand-picked what news users would read. The media houses controlled the whole news gathering, production and distribution chains. Well, not anymore. Today what comes to you as news is exclusively determined by fancy mathematical computer programs also known as algorithms running on Facebook’s vast server firms. These algorithms are often too complex for news editors or ordinary news readers to understand except Facebook folks themselves.

Facebook’s power to drive the news agenda has caused a lot of stir in the media industry. The social network has however, repeatedly denied this influence that it wields. Speaking to the New York Times, Facebook NewsFeed Engineer Greg Marra denied that his company exerts editorial judgment over the content that users see;

“We try to explicitly view ourselves as not editors,” he said. “We don’t want to have editorial judgment over the content that’s in your feed. You’ve made your friends, you’ve connected to the pages that you want to connect to and you’re the best decider for the things that you care about.”

Agitated long-time media practitioners are questioning the competence and legitimacy of Facebook to hold this position especially without their involvement. Others have been forced to play along with Facebook’s rules in order to maximise traffic to their site and therefore revenue.

The death of the banner is here, but Facebook isn’t affected

The next wave of sustaining online businesses is upon us and its not the banner Ad anymore. Google has been reaping off the lucrative business of banner Ads thanks to its vast Adsense Ad network. But the web/internet is finally maturing into a more content-centric, mobile-App driven and social platform where the use of banner Ads seems to be way of out line.

Now, the industry is shifting towards less-intrusive, organic ways of advertising that blend comfortably well with media properties in which they are being run as New York Times writer Farhad Manjoo puts it;

“But if native ads do become the de facto standard of online advertising, they will be a major improvement over banner ads. Both technologically and aesthetically, they do not sit apart from the content with which they appear. This makes them far less annoying to users.”

Have you seen annoying banner Ads on Facebook littering your Newsfeed? No? Enter Facebook native Advertising.  Have you seen  Facebook’s promoted stories or sponsored pages appear on your Newsfeed before? Have you “bought likes” on Facebook to increase on the number of fans on your page? That’s is how Facebook is making lots of money and its working even though the company doesn’t yet beat what Google makes off the banner Ads. However, it’s clear that sooner than later, native Advertising will become the de facto method of online advertising where Facebook is already among the pioneers.

So there you have it. A roundup of the Facebook Empire, its operations in Africa and how the social giant hopes to stay ahead of its game. For African aspiring internet entrepreneurs, Facebook should serve as an inspiration of what is possible in the information economy. They should study and learn from it and use those lessons to build their own startups.