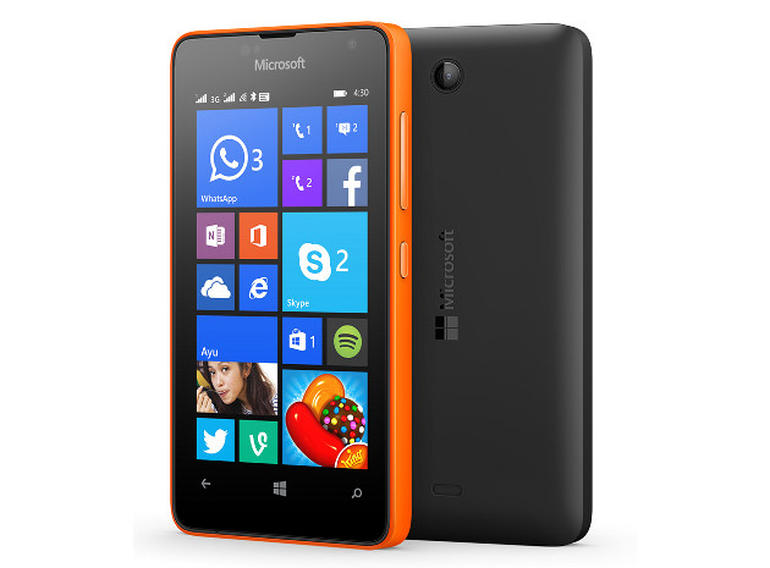 On the 19th March Microsoft announced the Lumia 430 an affordable smartphone for emerging markets. As an African techprenuer and mobile enthusiast, this was exciting news and I will show you why but before we get there, let’s see what about the Lumia 430 makes it an amazing device.

The Lumia 430 is a dual SIM smartphone that comes with the latest Windows Phone 8.1 software, a 1.2GHz dual-core Qualcomm Snapdragon processor with 1GB of RAM and 8GB of onboard memory (expandable to 128GB via the microSD slot).

It also features a 4.0 inch WVGA display, a two megapixel and 0.3 megapixel sensor respectively. The battery is 1500mAh. The Lumia 430 comes with Microsoft Office, Skype and OneDrive pre-loaded. As usual, there’s Microsoft’s offer of some free OneDrive storage as well – 15GB for new users, and another 15GB for anyone using the service to back up snaps from the 430.

The Lumia 430 costs only $70 and will be rolling out in select markets (Africa inclusive) in April 2015. The price may vary a little by the time the device gets to the different emerging markets but at least Microsoft was bold enough to put a price tag on their new phone.

The need for a $50 smartphone for Africa

Telecoms wrote an article about smartphone penetration in Africa stating that,

Much of the rest of the world has firmly embraced the move to smartphones; around one in every four people worldwide is now a smartphone user, according to figures for July this year from Informa’s WCIS+. By contrast Africa has just 112 million smartphone connections in a 930 million total handset base, putting African smartphone penetration at just 12 per cent—the lowest penetration rate of all the regions in the world. Existing smartphone users are concentrated in the wealthier markets and urban areas; if these are discounted the overall penetration rate would drop further. Meanwhile there are still 100 million Africans who do not have a mobile device at all.

What does the perfect $50 smartphone for Africa look like?

With the Lumia 430, we are only  $20 away from the much needed $50 smartphone. At that price, I could care less about camera or display quality.

Who will deliver the ultimate $50 smartphone for Africa

Will it be Apple? of course not. We don’t expect it from HTC, Samsung, LG, Sony, OnePlus One, Huawei, ZTE or iDroid. The emerging Afrocentric brands like Tecno, Infinix and Innjoo are likely candidates and are not so far away from achieving this even though it’s not something they have focused on.

Google has experimented with this in India under the Android One program in partnership with Micromax Spice and Karbonn but they still haven’t hit the $50 sweet spot. May be they should consider partnering with the likes of Tecno, Infinix or Huawei.

Microsoft Lumia 430 is the closest we have come to and we shall keep our eyes open for the device manufacturer who will be brave enough to deliver the much anticipated $50 smartphone for Africa.