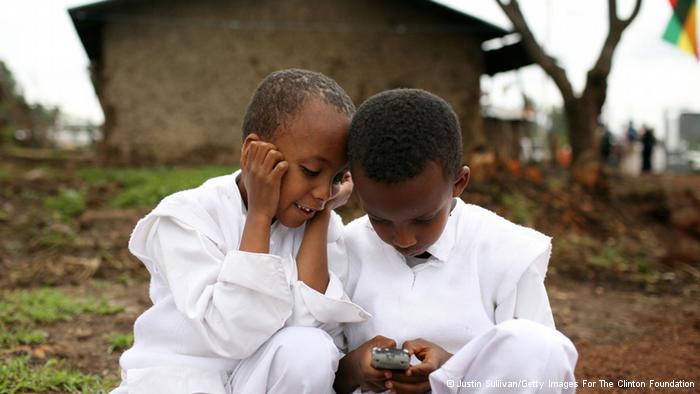 With multiple phone manufacturers battling to obtain or maintain a market share in the African smartphone market, many don’t know what to consider when making a smartphone for Africa.  They claim to make phones for the global market ignoring the uniqueness of the African markets or the challenges they face.

African markets have peculiar needs that western markets may not have. So when you want to make a Smartphone for Africa, consider these things.

Not All Of Africa Is On The National Grid

With the exception of a few countries, it’s common knowledge that apart from major towns, a lot of Africa cannot access electricity and is in darkness yet they still own phones.

trip to a couple of villages in Mityana a district  in Central Uganda revealed that even though majority of the adult village population owned a phone, they had to incur heavy costs in charging the phone due to lack of electricity. Individuals have actually made businesses out of Solar Phone charging.

Secondly, the need for light becomes apparent as a majority of the population use kerosene lamps for light. A torch then becomes handy in this case. Many Chinese Phone manufacturers  have taken advantage of this and sold millions of phone pieces just because the Phone ships with an inbuilt torch or flashlight which is a necessary source of light.

Nokia did the same with its 1100 feature phone. Even in the urban areas, regular power outages, unlit streets and roads create the need for a torch making this a cross cutting need from both the rural to the urban dwellers.

The Need For A Long Lasting Battery Is Glaringly Visible

In the feature phone era, Nokia  made a big kill off phones marketing them as having a long lasting battery which it still does. Their new feature phone boasts of a one month battery life as per the ads. People wanted batteries that could take them days or even a week on a single charge and many a times were willing to pay premium for the same.

This has however failed to translate in the Smartphone era and no amount of marketing can convince people on the issue. Smartphone batteries are all the same; the best of them  lasts for up to a day on a single charge requiring the user to charge daily. Manufacturers resorted to packing as many mAh as they could in the battery but that didn’t help either.

like Mugen Power saw the need and are now selling replaceable or alternative batteries and power banks. They have even gone as far as to design batteries to replace the original Phone batteries at the cost of the sleek design.

If you have seen sleek phones with a bulging back cover, that is one of them. What this says is that users are willing to sacrifice design for functionality. With the rise of 4G LTE which further consumes battery, we need to see innovation on the front of making batteries that can ably run these devices.

Recently, Tecno released its flagship phone the Tecno Phantom which has gone on to make a mark on the smartphone markets in Africa. The Phone ships with a 2100 mAh battery and a 2200 mAh External Battery Bank. In Nigeria, that alone was able to drive sales up that the likes of Nokia and Samsung had to offer battery banks with their devices too so as to sell. We believe that this is a start of Thinking Africa when designing a smart phone

Radio And TV Are Still Important

In the West, Smartphone users can stream content on their phones due to wide access and affordability of Internet. As a result, they listen to online radio and watch online TV or stream movies from providers such as iTunes, HULU, Netflix etc without feeling the pinch in terms of costs of data.

Try that here in Africa and; you will not be able to access online TV because of lack of availability of the service in Africa or the lack of payments systems to let you purchase the content. This leaves you with YouTube and a couple of other streaming services.

If you stream successfully, you will be left with a hefty bill at the end of the month that you would prefer satellite television whose bill you may be to afford and predict since you choose what package to subscribe to.

In Africa, we still listen to Radio and Radio is still the biggest tool of mass communication as it can be accessed in almost all parts of a country. Even when some smartphone manufacturers are neglecting radio as not so cool a feature, it’s still an essential element in Africa.

As for TV, There’s this time when Chinese TV phones hit the Ugandan market and Oh my God everyone was watching TV on their phones. I remember a woman conveniently catching her favorite soap opera in a Taxi back home due to traffic as other woman told her to raise the volume so they could listen in since they couldn’t watch together.

Unfortunately this hasn’t been commercialized yet and the like of Startimes and DSTV are making efforts to market mobile TV which I believe has the potential to make a big come back.

Gone are the days when Telecoms were a monopoly and  phones were for the rich. We even had to pay monthly service fee to stay on air and then buy airtime to make calls at  exorbitantly high tariffs.

As The telecom sector was liberalized and phones became affordable, Many saw a need to own two phones to take advantage of tariffs, promotions and network coverage among others. Providing a dual SIM phone solves the need of bulging ones pockets with two phones.

Another feature that accelerated the adoption of the Chinese feature phones is that they came with an SD card enabling users enjoy the benefits that were previously enjoyed only on high end phones. Users were able to load and enjoy all their content (Photos, Music and Videos). My assumption is that being able to enjoy content on a feature phone actually prepares an individual for their first smartphone.

It took a while for Windows phones to figure out that you can’t run a phone in Africa without USSD. Fortunately for them, the issue was fixed in their latest OS iteration Windows 8. We use USSD to load airtime, data bundles and subscribe for a couple of services. So a phone without USSD would definitely hit a huge barrier in sales.

The African economic terrain is difficult and in order to obtain and retain a market share, the issue of price comes to point. When the price is too high, then many will not be able to afford but should it be affordable, there’s a possibility of mass adoption.

Case in point is the $100 Huawei Ideos with Google that many believe was responsible for Android penetration in many African countries. Being able to give users an option between affordable entry level devices and pricey high end phones increases Smartphone Adoption alongside internet penetration.

Distribution: If Its Not Here Then Its Not For Africa

If a phone is to qualify to be for Africa, It has to be easily accessible and readily available. A customer should be able to walk into various dealerships all over the country and access a genuine feature or smartphone. A case in point here is how Tecno has used downtown dealers popularly known for fake phones to widen their distribution across the country.

Care Centers And A Warranty

People are bound to get issues with their phones but after sacrificing a good amount of money to purchase one, no one wants to spend more repairing the phone. So a functional warranty where people can get their minor phone issues repaired is a must when you are making phones for Africa. Samsung has done this with its Care Centres.

Surprisingly Tecno ships their flagships with an inbuilt app showing you locations and contacts of their various Carlcare centres spread across the country.
I experimented and bought a Tecno Phantom smartphone from one of these “Fake Phone” downtown dealers and interestingly the phone got issues  just 3 weeks into buying it but I was able to get it repaired at the Carlcare centre as it was still under the 13 months warranty regardless of where I bought it from.

So if you are to make a phone, feature or smart, seek to understand Africa first and what we need before attempting to make one. What are your thoughts? You can share in the comments below.