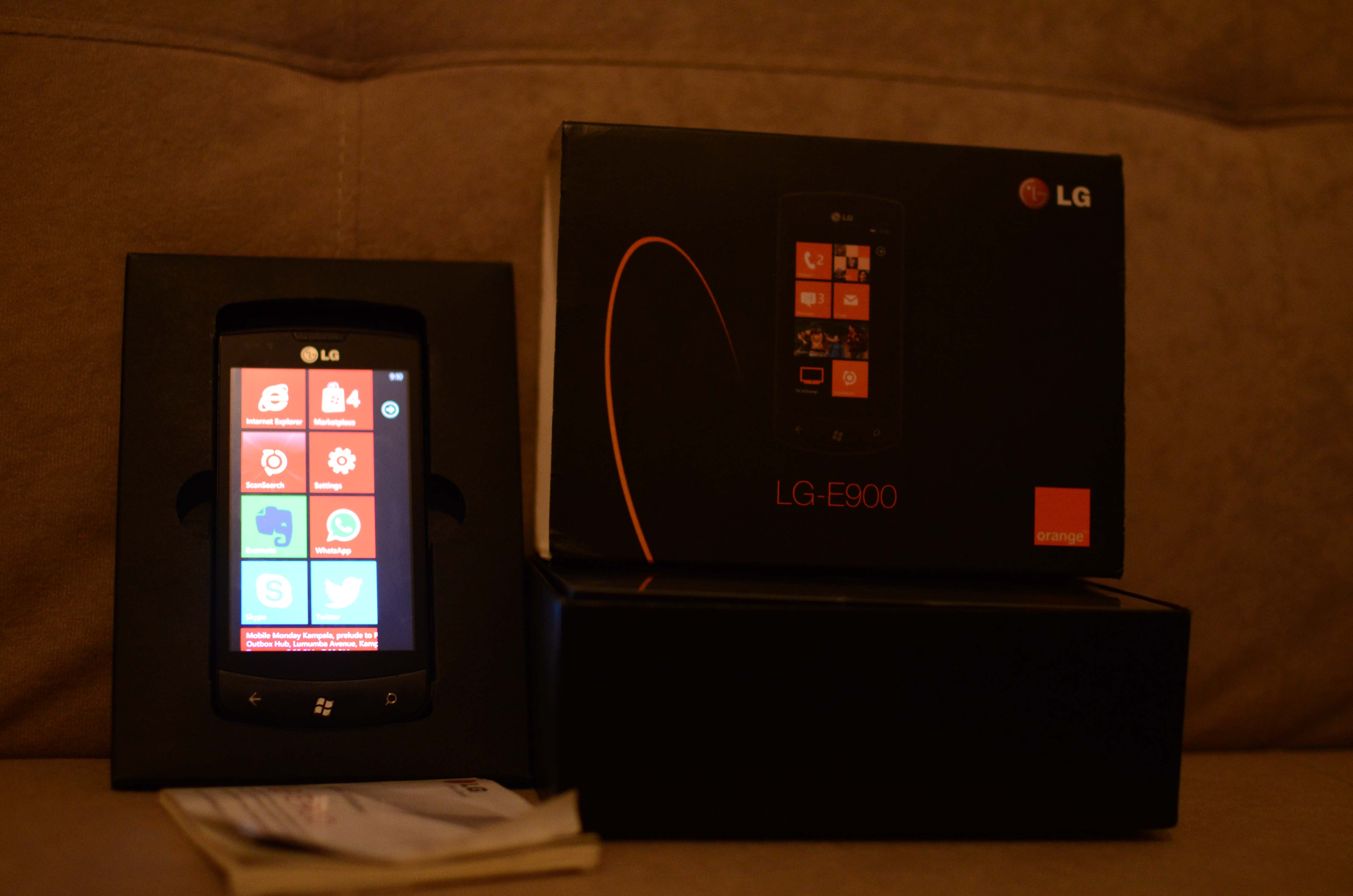 The LG E900 is a mid-range Windows Phone device supported by Orange Uganda. The device  is a good showcase for Windows Phone 7.5  having had a solid construction, a 5MP camera and some great in-built Apps like MS Office. However, its battery won’t give you an all-day usage and its lack of support of USSD — the technology behind most of operator services such as Mobile Money, data reload is a huge disappointment this side of the sub-Sahara.

The LG E 900 comes with a standard charger, a Micro USB cable for USB charging and connecting to the PC, Earbuds for making calls and listening to music. The audio port is the standard 3.5mm audio port jack which is awesome for compatibility.

The phone comes with a Li-Ion 1500 mAh battery. When we tested it, we got about 4 hours on 3G, about 5 hours on Wi-Fi and 3 days on standby. As you can tell, this is not sufficient especially if you the kind that keeps tapping away on your phone tweeting, facebooking or Whatsapping. It’s also not for road warriors or field works. You need to move with the charge or micro USB cable with you so that you can always juice it up.

The LG E 900 has 16GB storage, 512 MB RAM, 512 MB ROM but has no SD Card slot! This space is probably enough for up to 80 Apps if you don’t plan to have a lot of multimedia files like songs and movies locally stored on your phone.

With a 1 GHz Scorpion processor and 512 MB RAM, the LG E 900 is a mid-range device. Bouncing between Apps didn’t feel that fluid and the experience is made worse by the Operating System’s poor multi-tasking implementation. Heavy weights such as Skype, Twitter nonetheless worked smoothly without ever freezing the phone. Coupled with Orange’s faster 3G network, browsing, emailing, calling was pleasant. 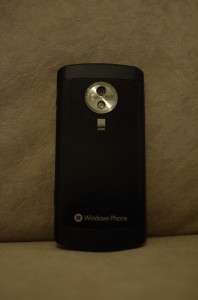 The phone plays major multimedia file formats like mp3, mp4, wav, wmv out of the box with its built-in player.

WP doesn’t expose the OS file system just like iOS! If you want transfer files to your phone, you have to install the Zune software and signup for a free account then share files between your phone and PC. 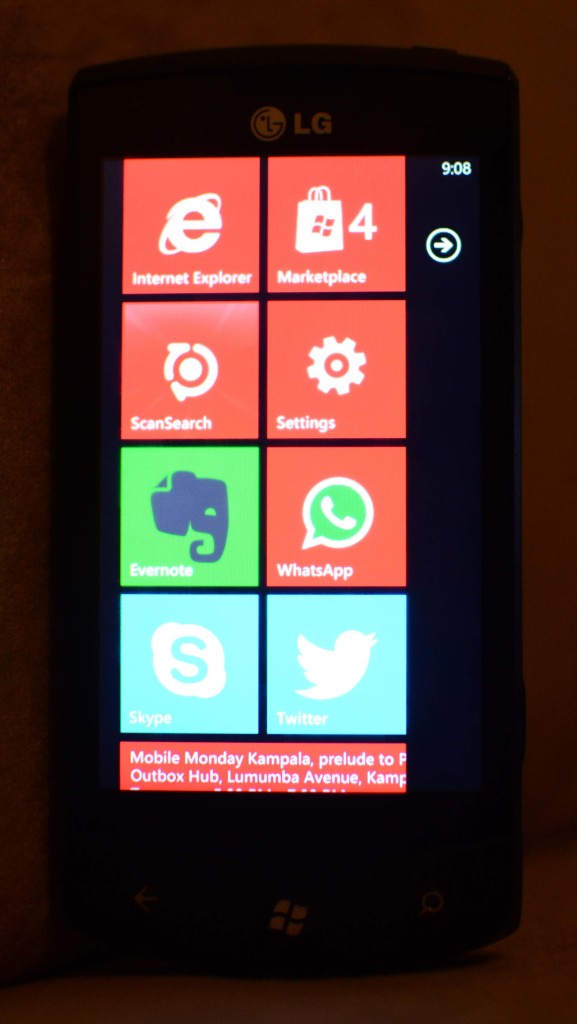 WP has a marketplace with well over 145,000 Apps and that includes some of the popular Titles such as  Twitter, Evernote, Skype but it also lacks Apps like Instagram, Facebook, Gmail, Google Maps and Opera Mini among others.  The WP Apps look extremely elegant being based on the Metro Tile UI (User Interface) — a design that has inspired Apple’s latest operating system iOS 7. On a sytem level,  we found WP 7.5 lacking in certain aspects such as the way it handles notifications, multi-tasking, tethering and sharing. We tried to find out whether the the phone is up-gradable  to WP 8, but it seems LG hasn’t released an upgrade for it.

Perhaps one of the biggest disappointments with this phone is its lack of USSD support. USSD here in Africa is a technology heavily used by operators to enable users load Airtime, access mobile money, load data, subscribe to certain promotions, access content among other things. We for instance had to use the orange website to load data on the phone rather than dialing the usual *133#. However, we understand that WP 8 does support USSD, but unfortunately, the phone OS running on 7.5 isn’t up-gradable to 8.