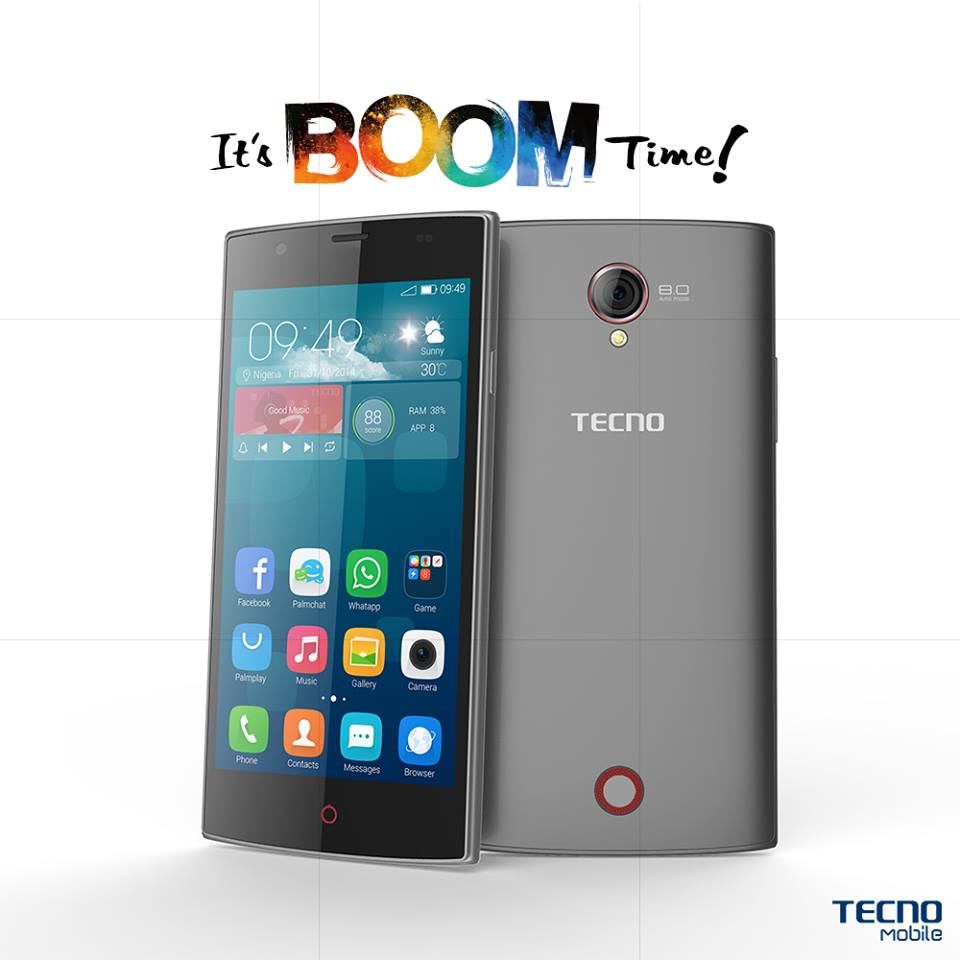 Tecno recently announced a new phone on it’s Facebook page. The phone was teased for a while until it was finally unveiled. We do not know much about the phone except that it’s called the “Tecno Boom J7” and it’s a music phone.

According to a contact from Tecno, It’s not that the rest of the Tecno phones don’t play music, but that this particular device was made for music. I was wondering what made the Tecno Boom J7 a music phone till we got a peek at the phone.

There seems to be a new design philosophy with the Boom J7. Apart from the design, Tecno has included two amplifiers (On the speaker and the Earphones) to deliver bigger, richer and more immersive sound powered by a dedicated audio chip. For the first time, Tecno is packing an all metal “HiFi” earphones to deliver the crisp sound.

At only 8.95mm thin, the Boom J7 comes with a 5.0′ HD display, a 1.3 Ghz Quad-core processor with 1GB of RAM and 16GB memory expandable. The Boom J7 also packs the usual 8.0MP primary camera and a 2.0 secondary camera with a flash. The device is powered by 2020 mAh battery. We aren’t sure yet what version of Android the Boom J7 runs but we speculate that it might have either Android 5.0 Lollipop or 4.4 Kitkat. We are yet to verify the official specs since the phone hasn’t been listed on the Tecno website yet.

Tecno Boom J7 prices and where to buy

Update: Where to buy the Tecno Boom J7 in Uganda

Our Sources have confirmed that the Tecno Boom J7 is available in Uganda and is going for Ugx 450,000 at Banana Phone World shops in Kampala. The phone can also be gotten at Tecno shop at Plot NO.20 William Street Rene Plaza, Kampala