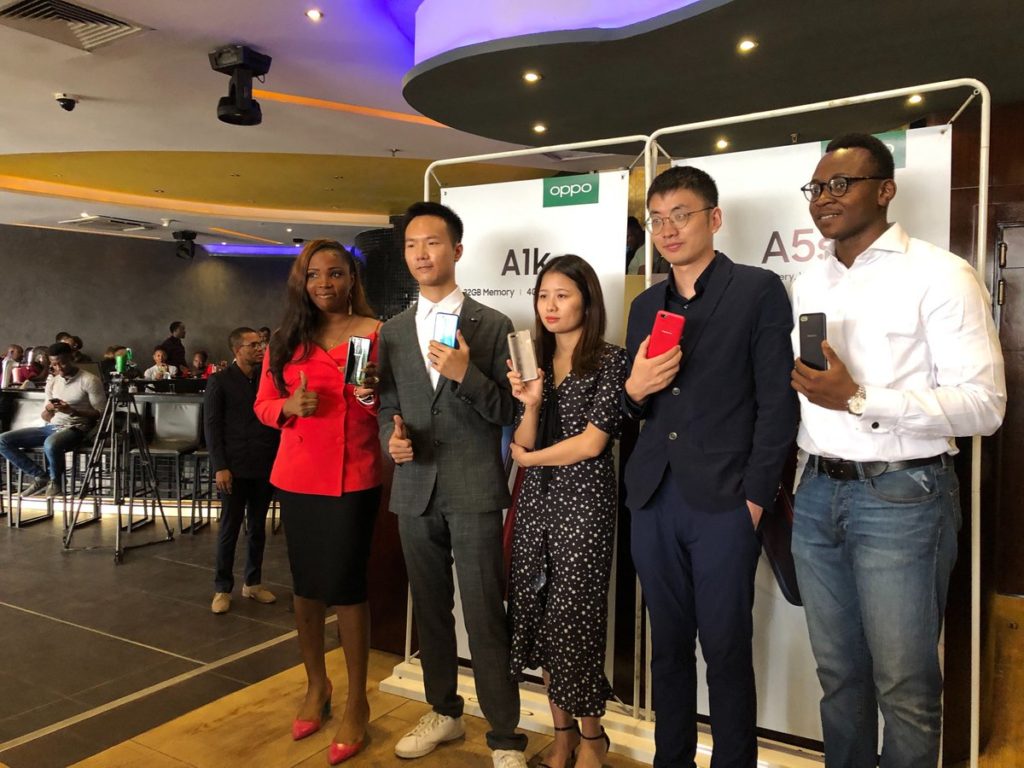 Oppo is relatively new in the Nigerian market starting with the Oppo F11 Pro and here it is with the Oppo A1k and A5s. Unlike the first launch, the two smartphones launched here are both budget smartphones. Although the Oppo A5s is the more expensive smartphone of the two and naturally the one with the better specs. The Oppo A1k is more like a low-tier midrange smartphone but still carries decent specs after all.

More suited for the budget buyers, the Oppo A1k sports a waterdrop notched 6.1-inch LCD screen with a 720 x 1560 pixels resolution and Corning Gorilla Glass 3 protection. It can also handle a fair bit of computing with its MediaTek Helio P22 processor and sort out graphics with the PowerVR GE8320 GPU. Also, there is a 32GB built-in storage space as well as 2GB memory space. An 8MP camera is at the back of the smartphone with a LED flash and a 5MP front camera in the notch. It has a 4, 000mAh battery supplying power with a micro USB port at the bottom.

You can cop the smartphone for NGN45, 000 on Jumia, PoinTek, and other retail outlets nationwide.

Read More: Oppo set to showcase first phone with a camera embedded underneath the display

Unto the next, the Oppo A5s comes with more juicy specs and more power under the hood but not much of a great deal. You will also get a waterdrop notch here as well but with a slightly bigger 6.2-inch HD+ display also protected by Corning Gorilla Glass 3. In addition, there is a more powerful MediaTek Helio P35 with 3GB/4GB RAM and 32GB/64GB internal storage. You’ve got a 13MP and 2MP camera duo on the back of the smartphone and an 8MP camera on the front porch. It also provides you with a bigger 4, 230mAh battery and a rear fingerprint scanner.

The Oppo A5s costs just about NGN70, 000 and you can get it on Jumia as well as other retail outlets in the country.