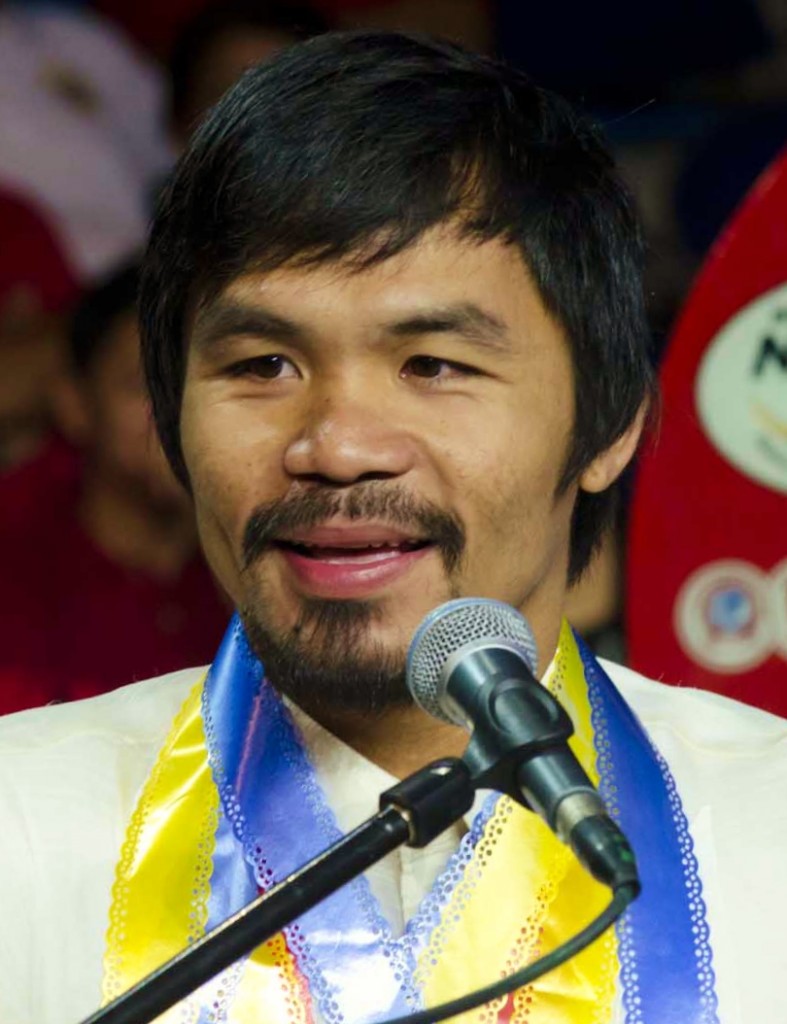 In a few hours, the highest anticipated fight, perhaps of our generation is going down between Manny Pacquiao and Floyd Mayweather. Its going to be Rambo in the Bronx, if you follow.

However, away from the ring, here is why I think Manny is a better brand than Mayweather

While Mayweather is rumored to make a grand entrance with money falling from the sky to enforce his “money team” notion. This flamboyant display of wealth makes Floyd bad for business in the corporate world, which explains why Manny earns more through endorsements than his counter part. Financial times wrote that Manny’s trunks alone, which will have six logos is worth an estimated $2.5 million in endorsements.

A corporation chooses its ambassadors based on if the ‘talent’ shares similar traits to that that the company stands for. In the case for May, he has curved out a brand as a ‘spender’ which can be limiting because, what happens if he one day wakes up and does not have the money to flash around, what will he stand for the then? On the other hand Manny has a political, acting and musical career which has earned a title as one of the most interesting men in the world. Regardless of the fight’s outcome, Manny’s brand will go the extra mile to land him future gigs due to the sheer nature of his personality.

My brother married into a Philipino family and from my observation, the two most important things to them is family and karaoke. So when Manny spent $3 million to fly 900 fellow countrymen into America ahead of the fight, taking care of  their board expenses as well, he clearly understands what is important to his people and by extension is building a bigger brand from himself outside the ring. It would come as no surprise if in a few years, he is elected to a high profile government role in the Philippines.

On the other hand, Floyd seems to spend more time buying things he probably does not need to exhibit his financial muscle.  Which will fetch him sort term fans as long as he is able to continue delivering results in the ring. Which can be particularly dangerous because, if for some reason he is not able to get back into the ring after facing Manny, he is likely to have a bumpy retirement. He ought to take a leaf from Tyson, who did okay for himself at his prime, however not so well in retirement because he could not attract lucrative deals from sponsors due to his poor reputation.

Whatever the outcome, this fight is going to be big business. The pay per view revenues are projected at $300 million, the highest in history, which clearly signifies that both men are big brands in their own right. May the best man win.