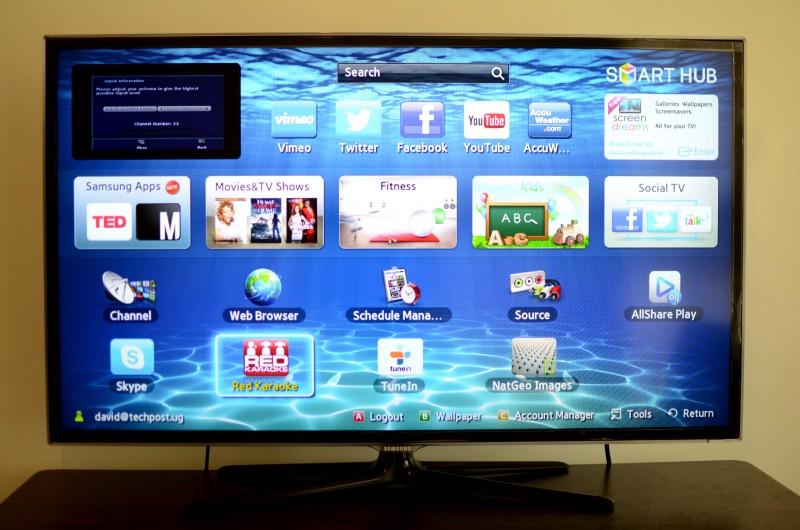 Even if I told my Dad of  today’s TV sets that can connect to the internet and stream Youtube Videos, Tweet, Facebook, Skype, connect to USB hard drives and act as Mirracast receivers, he will never let go of his classic Sony Trinitron TV. Today’s TVs are more intelligent, sharper, and interactive than those of my Dad’s generation.

But shopping for a TV these days isn’t as easy as it used to be. It’s like buying a smartphone. You hear lots of bells and whistles some of which you don’t need.You’ve probably heard of LED, LCD, Plasma, HDTV, UHDTV, SUHDTV, 3D HDTV, DNLA, 4K and so on.  The salesmen like this because they can capitalize on your ignorance and sell to you whatever they want.

Now even though we’ve a smart TV at home that I’ve interacted with for about 3 years, I must confess that the buzzwords sometimes confuse me as well. 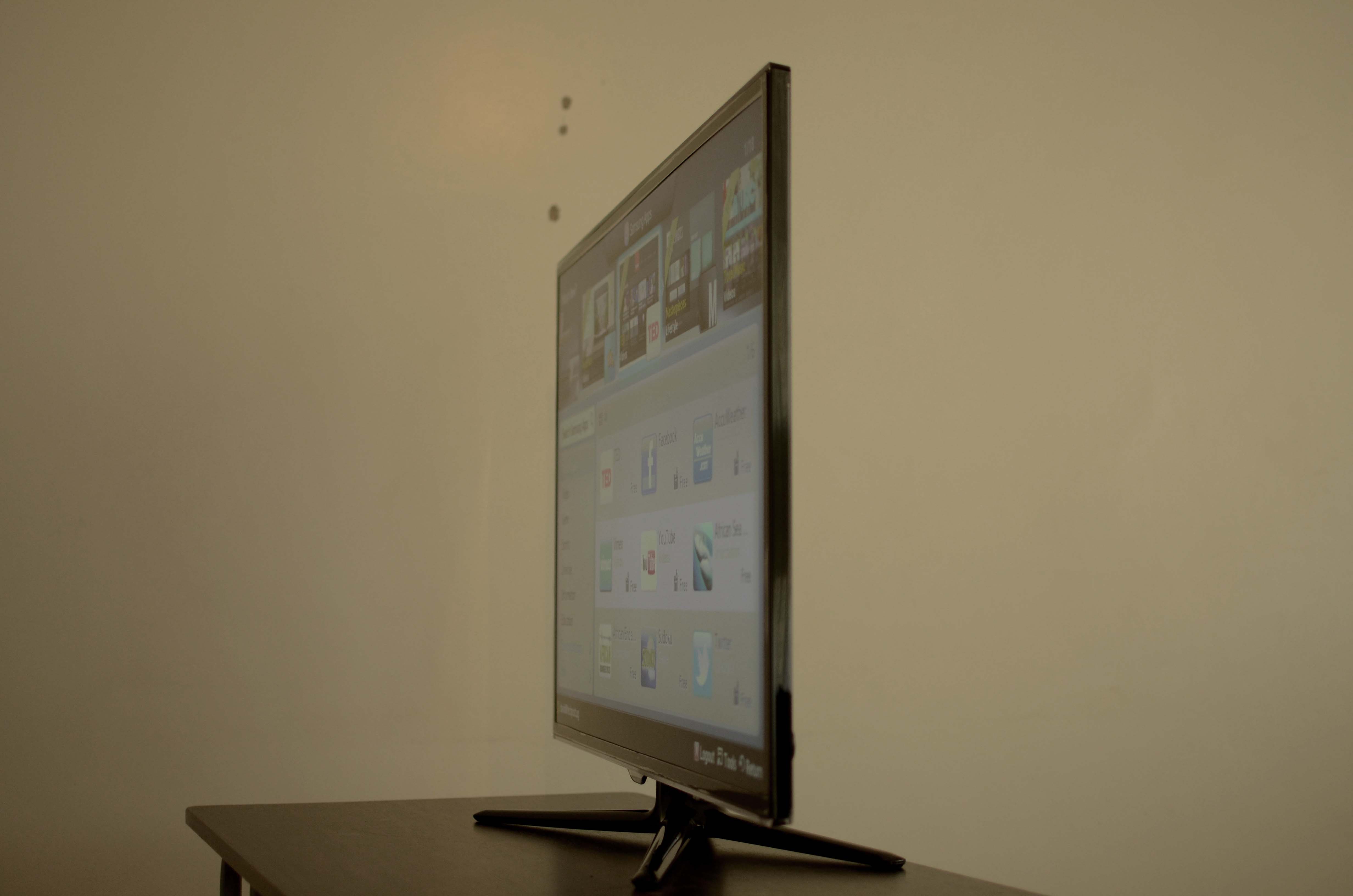 Invented in 1925 by scottish inventor John Logie Baird, the Cathode Ray Tube or CRT TVs are the main source of news and home entertainment in the 20th century. The screens use a vacuum tube containing one or more electron guns, and a fluorescent screen used to beam TV images on your screen. CRT TVs like my Dad’s Sony Trinitron were bulky, consumed lots of power and showed low-quality pictures. But hey, at least we could afford them. They are cheap.

Enter Flat screen TVs. These are the TVs of the 21c that are fast replacing the good old CRT TVs. Flat screens are lighter, slimmer, consume less power and show clearer pictures. The only problem is; they are still expensive. The cheapest flat screen TV in Kampala for instance costs no less than Ugx 800,000 ($256).  Flat screen TV are built on a variety of confusing Technologies, Plasma, LCD and LED, and OLED.

Plasma vs LCD vs LED vs OLED TV 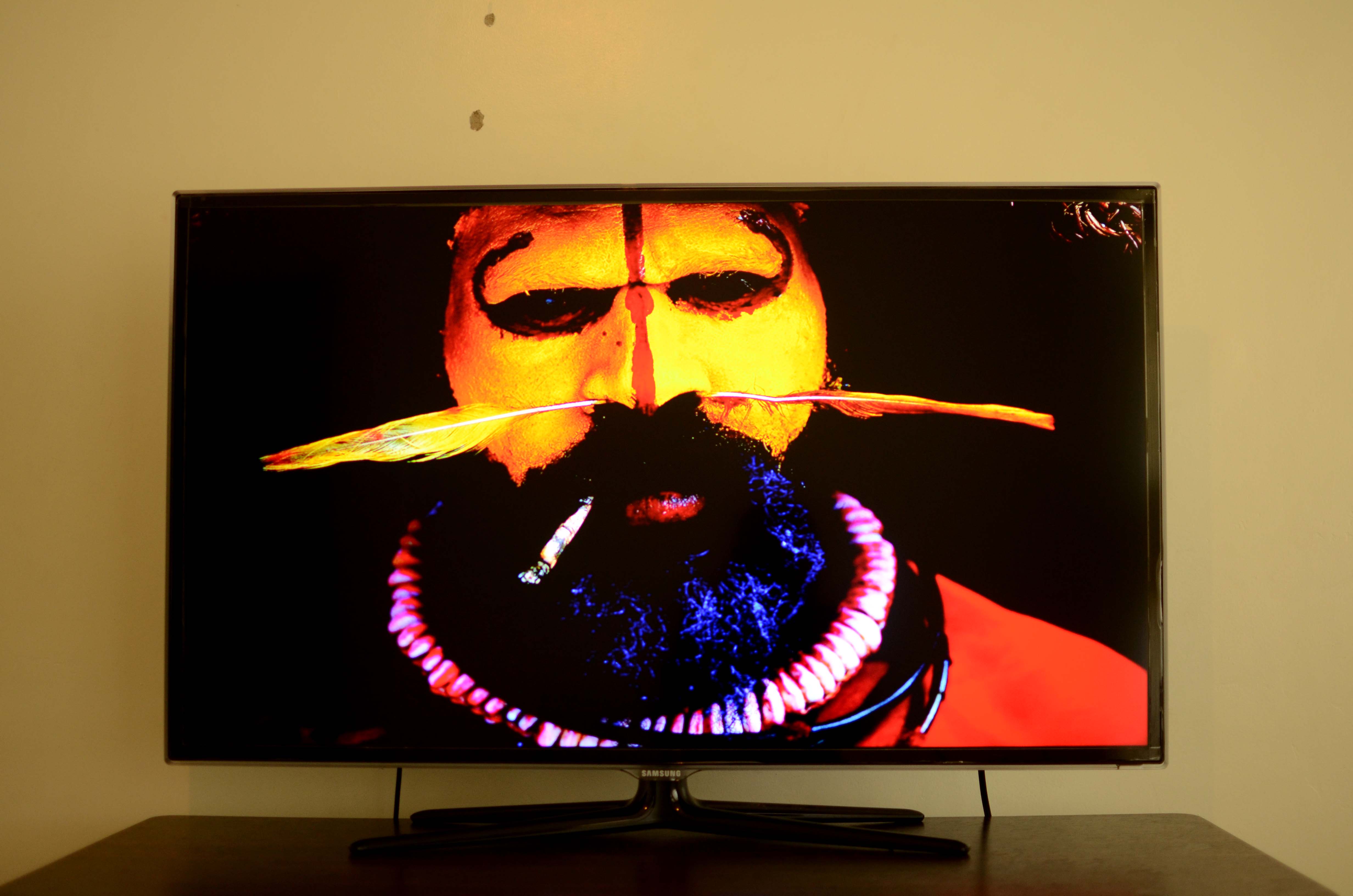 This is where I’ll lose you. But hold on a bit on this bumpy ride because it’s not the most important part. Okay, so Plasma screens work by exciting tiny pockets of gas (Xenon and Neon), changing them to a plasma state.

LED and LCD aren’t much different from each other. In fact LED screens use LCD technology. I know that’s confusing but let me explain. LCD screen is composed of two parts: the actual Liquid Crystal Display(LCD) and a light source at the back of the screen also known as backlight. The light source is what differentiates LCD ( better known as LCD CCFL TV where CCFL means Cold-Cathode Fluorescent Lamp) from LED screens.

LED screens are LCD, but use LED or Light Emitting Diodes as light source behind the screen. On the other hand, LCD CCFL are LCD screens with light tubes placed behind the screen.  If you wish to go in-depth, this article has an excellent take on the topic.

So how about OLED? Well, OLED is cutting-edge technology that meant to usher in the next generation of Flat-screen TVs. OLED promises to give you the best of LED and plasma in one. The Technology is currently being pioneered by Samsung and LG.

Okay enough with the technical jargon. The important thing to remember is that Plasma TV are long dead. Plasma TV were manufuctered by Panasonic, Samsung and LG. Panasonic stopped producing them in 2013 while Samsung and LG announced that 2014 would be their last year of production. Also it’s important to note that LCD CCFL TVs are less produced than their LED counterparts.

We shall miss their low cost and stunning picture quality compared to LED/LCD screen which have less quality images but are more suited for bright rooms,are super thin and energy-efficient compared to Plasma TVs.

The digital TV migration deadline is at hand and you are already being bombarded by the media including this blog in regards to switching to digital. So lets not loop much. Your CRT TV is an analog TV set and only receives analog signals. If you’ve a flat screen TV with the above technologies, then you most likely have a digital TV. Unlike the analog TV, it can receive both digital and analog TV signals.

A few things about digital TVs is that they are less prune to noise and distortion, have better screen resolution (SD and HDTVs) and have bigger screen inch sizes compared to their analog CRT TVs. 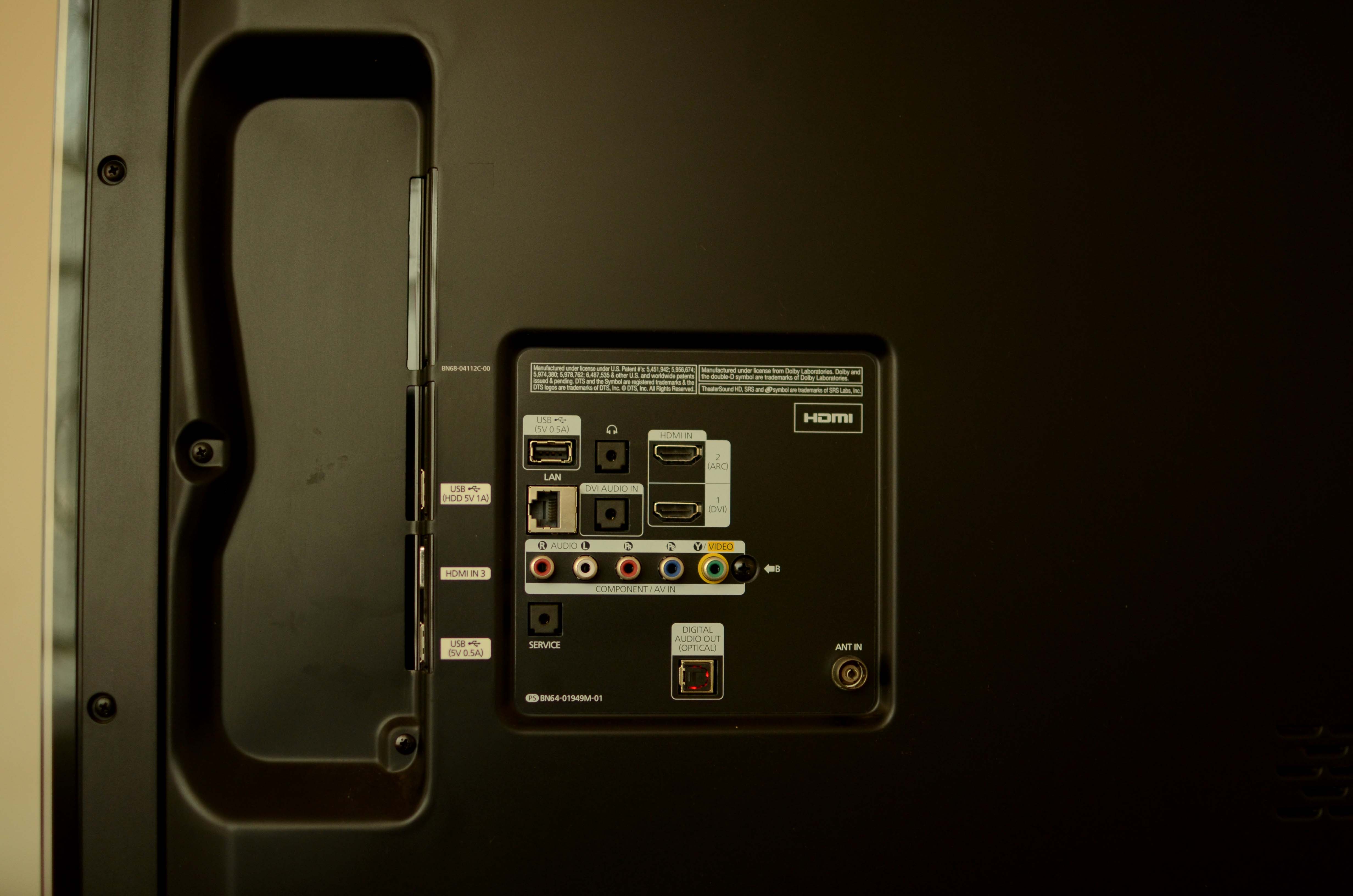 Lets start off with the most obvious ones — Composite AV. The Composite AV has 3 connections to your TV – the combined video signal and audio left and right. This is where you put your “banana Pins” that connect your Flat screen TV  to a Pay TV decoder, DVD/CD player or a home theater system. This is mostly found in the old CRT TVs, but even some new modern Flat screens have the ports.

Now Composite AV has been replaced by HDMI (High-Definition Multimedia Interface). Instead of using three Blue, Yellow and white ports, HDMI uses one port similar to USB port on your PC. HDMI is a proprietary audio/video interface for transferring uncompressed video data and compressed or uncompressed digital audio data from an HDMI-compliant source device, such as a display controller, to a compatible computer monitor, video projector, digital television. Most Flat screen TVs come with HDMI port which you can use to for instance connect your Laptop to the big screen.

USB is pretty obvious to all of us. A modern flat screen comes with at least one USB port. With it, you can connect a USB flash or external Hard Drive and watch movies or Pictures  and play music on your TV. 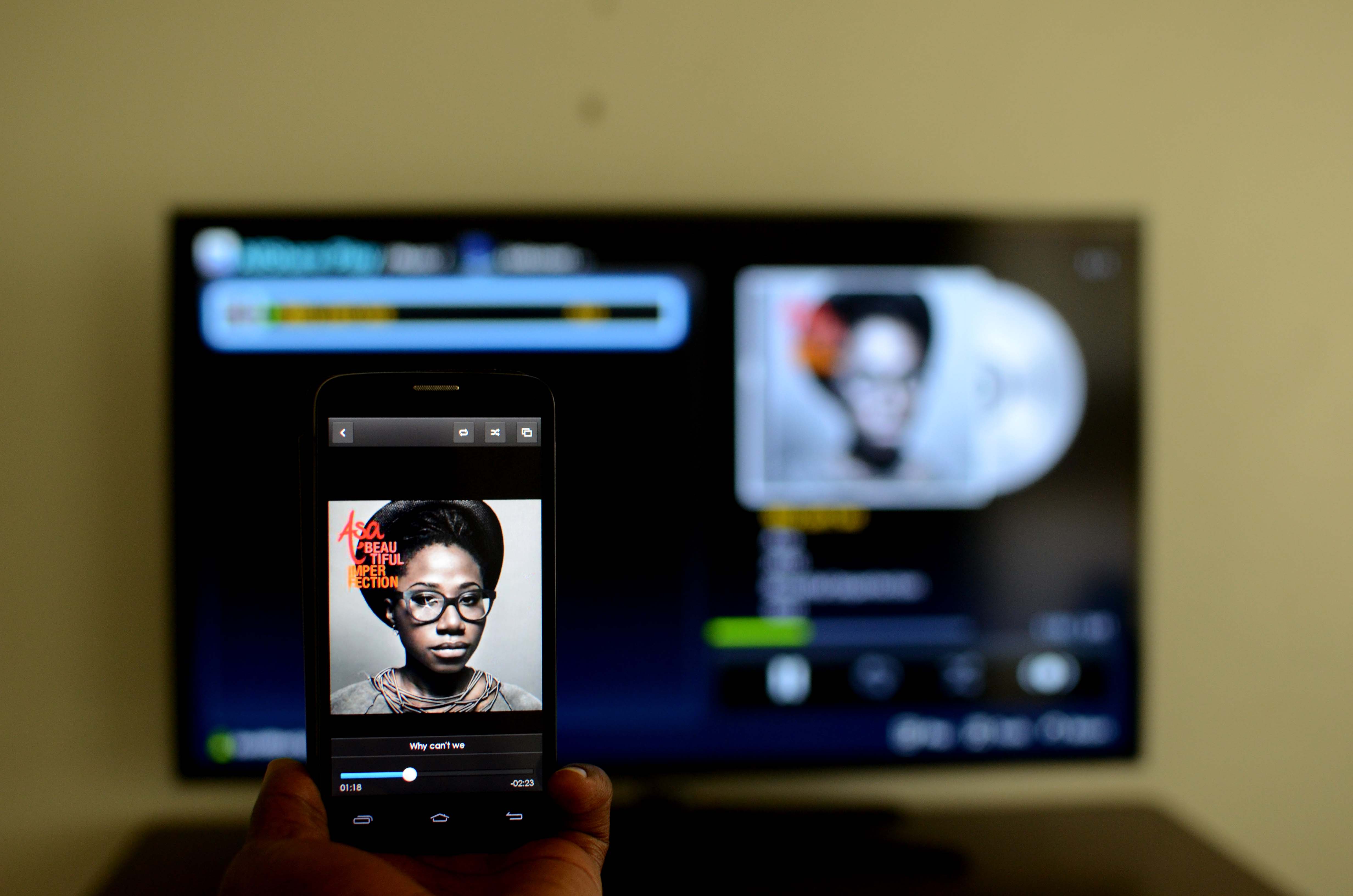 Now things get a little funkier with WiFi, Bluetooth and LAN Ethernet ports. This is the “geek zone”. These connectivity options enable you hook up your screen to more devices around the home and to the internet. With the exception of Bluetooth, you must have a router or MiFi or any other device that can create a wireless hotspot for this to work. For instance you can view Videos and pictures on your phone on the big screen. Or if you’ve a networked storage device, you can stream movies from it directly to the big screen. Also, you can tweet, Facebook or even Skype with your TV once you hook it to the internet via WiFi. Only Smart TVs, not just flat screens have this. But we shall get to that later. 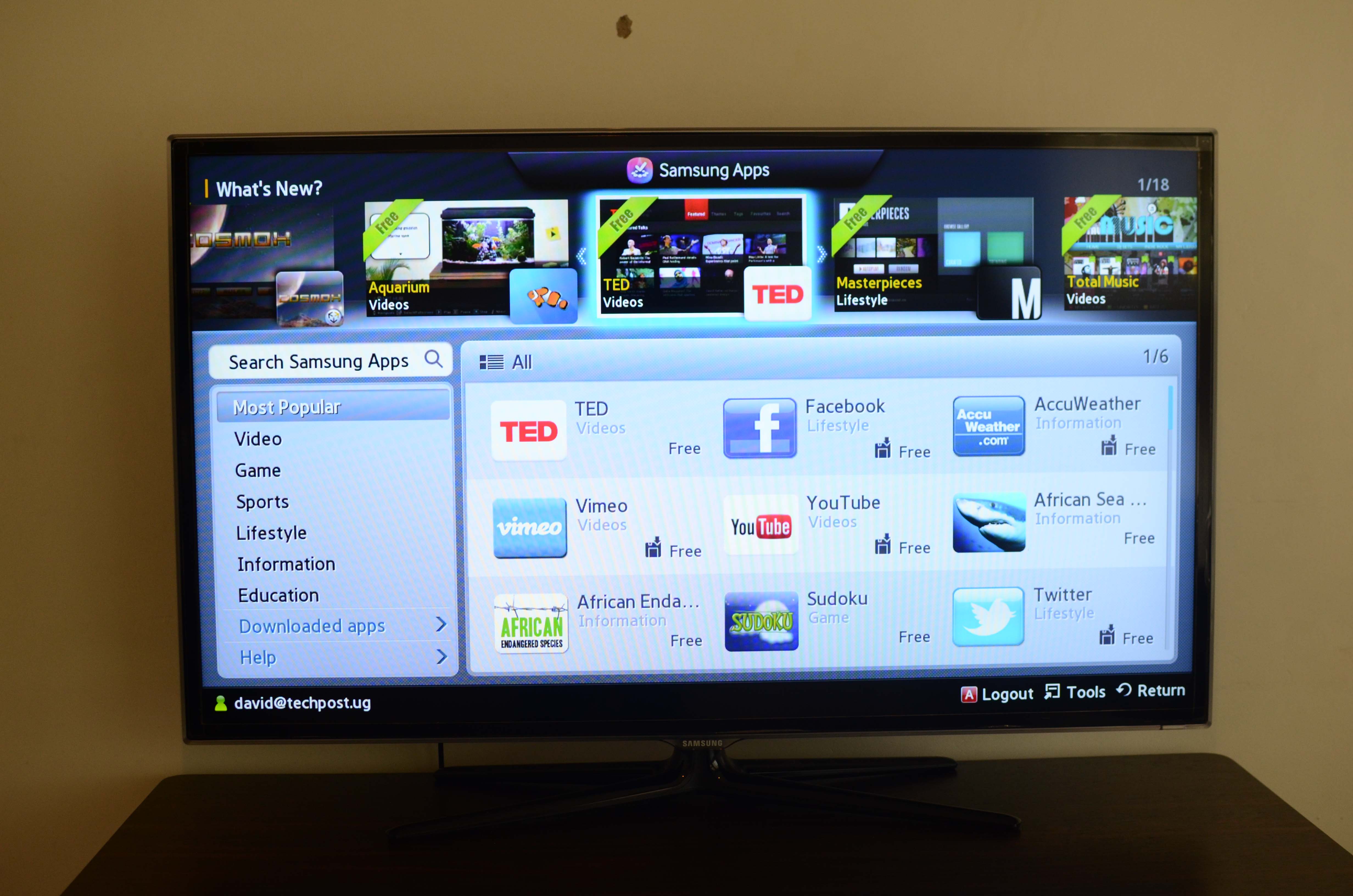 This is where the salesman gets a little fishy. Is any Flat Screen TV considered a Smart TV? The answer is No. So what makes a TV smart?

We can use the difference between feature phones and smartphones to tell the difference between Smart TVs and ordinary screens. Feature phones basically call and text, period. Smartphones do a little more. They are more advanced in terms of hardware Specs and software. Smartphones have more connectivity options that make them connect to other devices and to the internet. Their capabilities are expandable via apps. The same thing applies to TVs.

Smart TVs have an operating system and more connectivity options. Some of the known TV operating sytems include WebOS that runs on LG TVs, Android TV runs on the latest Sony Bravias, some Hisense and Sharp TVs, Tizen runs on the latest Samsung TVs. They come with some pre-isnstalled Apps like Youtube, Vimeo, Skype, Twitter, Facebook etc. With some, you can install additional Apps from their respective App stores.  Smart TVs have WiFi, HDMI, USB, Bluetooth and maybe Ethernet LAN ports. That means you can hook them up to the internet and other devices such as smartphone, tablet or Laptop.

So there you have it; a complete beginner’s guide to Flat Screen and Smart TVs. In the follow-up posts, I’ll look at price and availability of these TVs in the market and perhaps some guides and How-Tos. Let me know what you think in the comments.