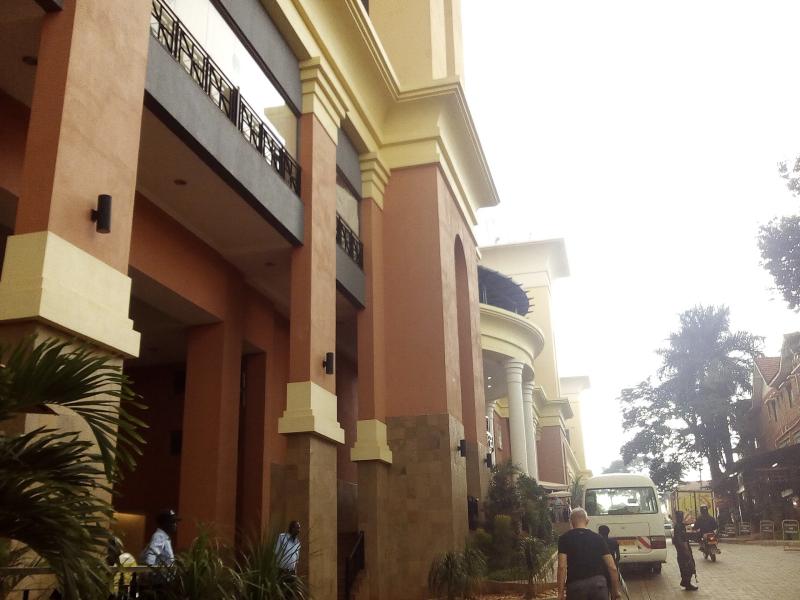 So this is it people. Google has been working on beefing up internet infrastructure around the country through a robust fibre optic network. That’s so that it’s easier for telecoms and Internet service providers or ISPs to provide cheap and fast internet to you. Sounds great on paper, right?

Now the rubber has finally met the road. Roke Telecom is the first ISP to ride on Google’s optic fibre network to bring you super fast internet. Roke has deployed about 110 Wi-Fi hotspots called “Rokespots” around Kampala city at the time of writing this post.

The idea of city-wide Wi-Fi hotspots isn’t new. MTN Uganda attempted the same dubbed “MTN Hotspot” (which by the way are still in existence), but without much success. MTN Hotpots proved to be limited in coverage and unreliable according to the review we did two years ago.

Now will Google together with Roke succeed where big yellow failed? That’s exactly what we want to find out in the coming days with this new arrangement.

Coverage: A list of all Roke Telkom hotspots in Kampala

We started our hunt for the Rokespots right from Najjera, all the way through Kiwatule, then Ntinda upto Kamwokya and Kisementi. We didn’t find any on our radar.  True to their word, the Rokespot Wi-Fi hotspots are currently only available in select areas mainly around Kampala city. There are only 110 Wi-Fi Rokespot hotspots in the city each with a coverage of about 100 meters.

We did find one Rokespot in Accacia mall, Kisementi which also served as our first experience with the Wi-Fi network. Now it’s worth noting that the Wi-Fi network didn’t work inside the mall itself but rather outside the mall. We had to browse the net while (awkwardly) walking. We asked the Roke Telecom guys about this issue and they told us the Hotspots are currently not optimized to work inside buildings, which is of course a bummer.

Roke has done an impressive work of making the signing up process really easy. The Rokespots are “open” hotspots meaning you don’t need a password to be authenticated. But you need to setup an account first before using the service. 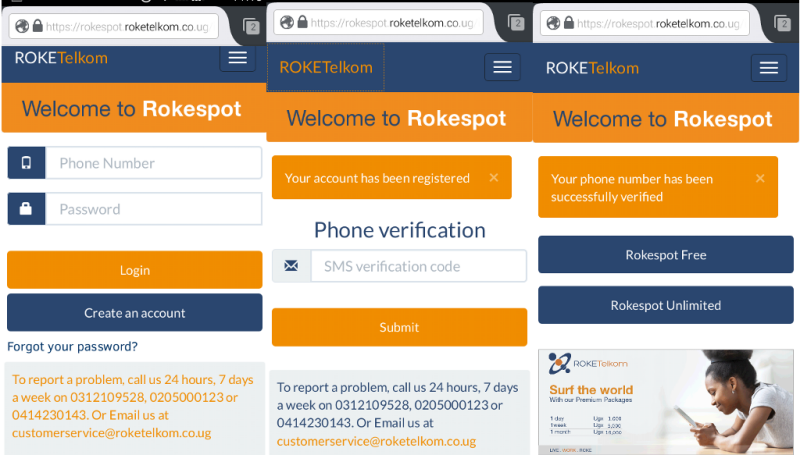 Fortunately, the signup process is easy and painless. Roke developed a very nice mobile-friendly site that can get you up and running within minutes. However, you’ll need device with a simcard (perhaps your smartphone) where you can receive a verification code via SMS. Given the number of Wi-Fi-only devices out there such as tablets, laptops and smartwatches, Roke might want to rethink this verification step.

We don’t want to be too early to judge since we are yet do an intensive review. Speed and reliability depends on a number of factors such as logged on users, weather conditions, external interference among other things. Obviously all this still doesn’t stop us from finding out just how fast this Google-backed internet is.

Now according to our preliminary results, the Rokespots come a little short of 3G internet speeds. We were able to hit only about 0.1Mbps or about 100Kbps. This falls way below 3G speeds which clock 2Mbps or 4G LTE which go as fast as 100Mbps.

However, the good news is that you can forget about bundles. The pricing model is not based on “MBs” but on time spent using the internet like the good old days.

This is undeniably the sweet part. Where do you find internet where you pay only Ugx 1,000 to surf for an entire day. Think “unlimited” internet for Ugx 1,000 for one day. No provider is currently offering that deal except Roke Telecom through their Wi-Fi hotspots.

When you become an occasional user, then you can consider Ugx 5,000 for one week or Ugx 18,000 for an entire month. We think you want to go in for these long-time commitments only when you’re sure you’re always within the vicinity of the hotspots. For instance if you’re office or home is just next to the Hotspot, then this could be the cheapest internet you’ll use in Uganda.

So there you have it, a reboot of the much-needed Wi-Fi network around Kampala. We think Google with its partners starting with Roke Telecom are onto something. 110 sites is a terribly small number to make a truly ubiquitous always-on everywhere Wi-Fi network. However, we absolutely like the cost and pricing of wireless hotspot internet which no doubt is currently the lowest in the market.