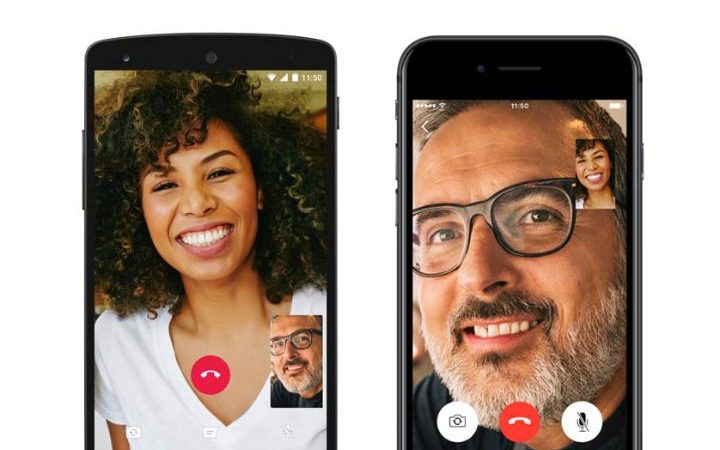 WhatsApp is in the process of rolling out the highly touted video calling feature on its chat app. The feature is coming out of its opt-in beta tester phase which allowed early adopters to try it out before the official launch. With the launch of WhatsApp’s video calling, the chat app has taken a jab at the likes of Skype, Viber, Hangouts and even sister app Messenger.

WhatsApp video calling comes with end-to-end encryption also implemented for voice calls and messages.  What this means is that only the initiator of the video call and the recipient are able to access the transmission. With over 1 billion users worldwide, we can safely say that WhatsApp has literally made encryption mainstream. Although late to the party, WhatsApp can easily turn the tables in its favour owing to its unparalleled mass market adoption.

Quotable: We’re introducing this feature because we know that sometimes voice and text just aren’t enough. There’s no substitute for watching your grandchild take her first steps, or seeing your daughter’s face while she’s studying abroad. And we want to make these features available to everyone, not just those who can afford the most expensive new phones or live in countries with the best cellular networks. ~WhatsApp Blog

The process of making video calls is no different from how you make voice calls. The call button on the top right corner of the WhatsApp app now includes the video option. During the call, you can choose between front or back facing cameras. When you wish to type a message, the video is minimised into the background and you can get back to it by tapping the call strip.

WhatsApp video calling has featured prominently on the rumour-mill since the launch of voice calling. 2016 has turned out to be a windfall year for the chat app which celebrated 1 billion user back in February. This was followed with a string of new features and announcements. However the heartbreak moment for many users was when WhatsApp announced intent to discontinue support for older devices come end of year.