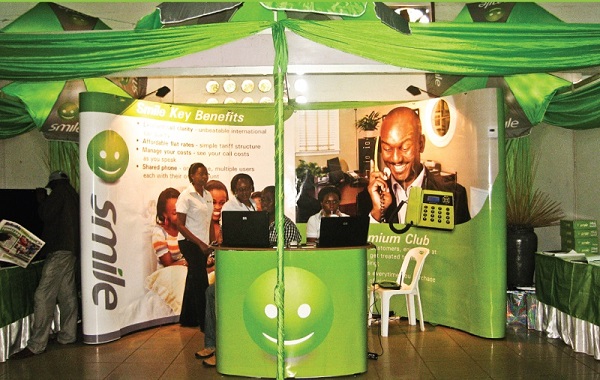 Back in July, Smile Communications introduced what many called the first truly unlimited internet. Smile Unlimited data was priced at a modest UGX 330,000 and it promised completely uncapped internet speeds of up to 6Mbps at a time when the likes of Vodafone were getting rid of their capped unlimited bundles. Of course we were skeptic. I mean, who does that?

When ISPs say unlimited internet, what they really mean is ruthlessly capped internet speeds meant to frustrate you to the extent that you just set aside more cash for a new internet subscription. Looking back, we can now safely say, it was indeed truly unlimited internet. And now it’s no more.

Following violation of Smile’s fair usage policy which saw greedy users consuming 1TB a week, the Unlimited Premium bundle was revised. So from a whopping 6Mbps, Smile started capping the internet speeds whenever a user cross certain thresholds. At the end of August, Smile’s downgraded ‘unlimited’ was still a good deal, considering that it’s lowest cap at 2Mbps is what some competitors offer as a starting point. We are sorry to be the bearer of bad news, but as some predicted, Smile’s Unlimited Premium is getting downgraded further to a lower cap of 512Kbps.

According to an email sent to DIGNITED, the new policy comes in effect on 1st December 2016.  Data usage up to 60GB will be at speeds of up to 6Mbps which will downgrade to 4Mbps for usage between 60Gb to 100GB. Anything above 100GB will be at a ridiculous 512Kbps. As you have noticed, the data quantities have been reduced as well as the speeds, with the lower 2Mbps scrapped off altogether. All existing Premium Unlimited bundles activated before the 30th November 2016 will continue with the old usage policy, until their next subscription. Below is a table contrasting the old and the new thresholds and speed caps.