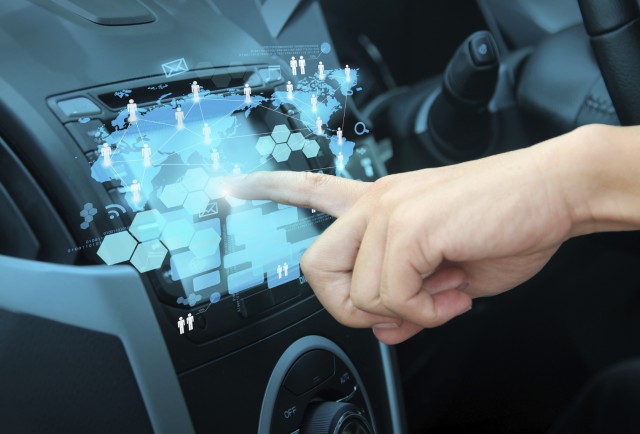 If you think your car is not smart enough, tighten your seat belt because Microsoft together with Toyota want to jazz things up a bit. A new patent licensing deal announced today between Microsoft and Toyota aims to bring features such as navigation, entertainment, and voice recognition developed by Microsoft to make your car more connected and autonomous.

Rather than engineering a high-tech automobile of its own, Microsoft Corporation is licensing a handful of patents to car manufacturers on a program that will allow them to utilize the company’s technology in their vehicles. This is in favor of the rising public interest in more intelligent in-car functionality, in facilitation of the ‘connected car’. Indeed, the connected car is a Microsoft initiative to empower the car makers with technology with a focal aim of building even better driving experience for their customers.

The technology is an entire suite of cloud services including Microsoft Operating Systems, Microsoft technology in regards to Wi-Fi and other forms of connectivity, the exFAT file storage and transfer for in-car entertainment, Azure IoT Hub, and voice recognition as employed in Cortana along with its virtual environment. In the near future, a connected car could become an extended environment for a user’s experience with Office365 integration.

Microsoft also plans to implement some of its existing research projects and applications such as Xbox’s Kinetic peripheral to develop interfaces that can respond to simple gestures of a user while driving.

Related post: Automotive Grade Linux Released for the next generation of connected cars

There are also proposed plans to offer cars and on-board computer systems the latest security advances for safety and accommodation of artificial intelligence to be used on road.

The first company to take Microsoft’s offer of the in-car technology is Toyota. This comes without surprise as the two firms have been closely collaborating for a long time and on a number of projects such as the ‘Toyota Connected Initiative’. The terms of this new deal, however, have been kept secret leaving a very wide room for speculation. 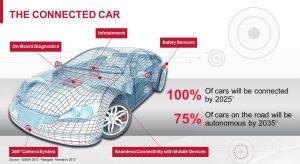 A report outline on the future of cars. Credit: Internet

Several projects with emerging technologies in regard to cars are on the run. The autonomous car, a vehicle capable of sensing its environment and driving itself without human input, is expected to be commercially released as soon as 2020. These are the future relevance of Taxis and, according to researchers, could result in a great reduction of the increasing road traffic as many private car owners will park them to utilize the driver-less taxis available.

Many manufacturers are also moving along the pace. The upcoming 2017 Cadillac CTS model by General Motors is going to employ vehicle-to-vehicle (V2V) communication, with others such as Audi and Toyota itself having similar interests.

And with the research on the next generation of wireless technology rapidly picking shape, it is clear that such a move by Microsoft would definitely drive the 5G technology right in our sight.