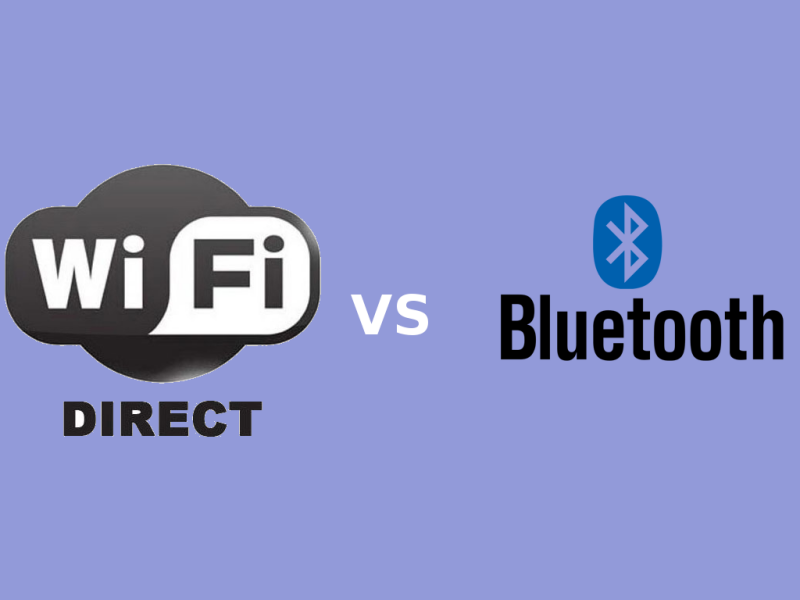 When you want to share photos and videos between two devices, you have two options; Bluetooth or WiFi. Now we know Bluetooth has been around for a while and most of you have been using it since the days of Nokia 3310 to bounce files around, but when WiFi came to smartphones and files increased in size, Bluetooth got a serious contender.

Bluetooth is a peer-to-peer wireless technology that’s no stranger to anyone who’s held a phone for a while. Even though it might have subsidized in popularity to alternatives like Hotknot or NFC or WiFi, Bluetooth is still growing strong especially with the latest standard Bluetooth 5.0 which promises faster speeds and wider range.

WiFi on the other hand came to smartphones about a decade ago, but has been majorly popular in the computing arena. Now you use WiFi on your smartphone mainly to browse the internet, Facebook and Whatsapp via public Hotspots or through a MiFi at home. In other words, WiFi has been another way of accessing the internet besides 3G or 4G LTE.

Related post: What is WiFi Direct and how is it different from Bluetooth

But did you know that you could do a lot more with WiFi on your phone even without an active internet connection. With WiFi Direct, you can connect two devices that both support the standard WiFi protocol wirelessly without needing an intermediary device such as a wireless access point or Router or Mifi. Typically, it works like Bluetooth except this time you can transfer files between devices at faster WiFi speeds.

Related Post: Hotknot vs NFC vs Bluetooth, here’s how they compare with each other

WiFi Direct has been implemented in most devices; from smart TVs to smart watches to smartphones, tablets and of course laptops to ease pairing and sharing of files. Apps such as Flash share/Xender, Airdroid all use WiFi Direct for faster file sharing between smartphones.

WiFi Direct has the advantage of speed over Bluetooth. That makes WiFi more attractive for sharing huge files.  But Wi-Fi may use as much as 40 times the power of Bluetooth in some applications. Bluetooth also seems to have more proliferation in a wide number of devices than WiFi which makes it more plausible option for a wide number of applications.

7 thoughts on “Bluetooth 5 vs WiFi Direct: Which is the best for sharing files between smartphones”