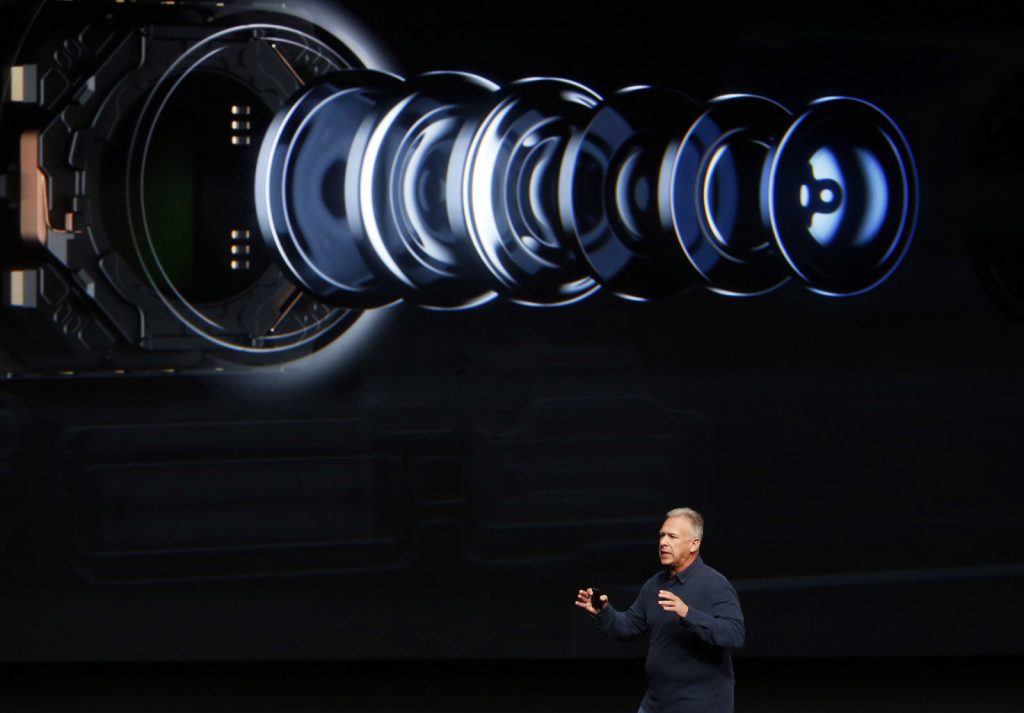 You know that  spot on your phone that keeps sticking out even though you have the thinnest gadget on planet earth? I’m not talking about the power button or the volume-up and volume-down buttons either. Those can be unrecognizable when you choose to ignore them. No, I’m talking about the camera at the back of your phone. That thing stands out like a sore eye, but then again, you can’t do without it because taking good pictures and being able to focus at multiple distances requires a layer of glass that’s a certain size and you have to update your Facebook profile pictures and your Instagram. But wouldn’t it be nice to not see that swelling every time you pick your phone?

Fortunately  Researchers at Caltech have devised an “optical phased array” chip that uses math as a substitute for a lens. By adding a time delay down to a quadrillionth (I know) of a second to the light received at different locations on the chip, it can change focus without a lens. It can switch from a fish-eye to a telephoto lens instantaneously with just a simple adjustment in the way the array receives light.

Now, for the first time, it has created a 2D, lensless camera array capable of capturing a low resolution image of a barcode. The image itself isn’t particularly impressive compared to what your iPhone is capable of, but as a proof of concept, it’s a big deal. Right now the chip consists of an 8×8 grid with 64 sensors, and the team’s next goal is scaling the camera to support larger receivers that are more sensitive and capture a higher resolution picture. This is still on the testing phase. We shouldn’t jump the gun yet.

Hitachi seems to be introducing the same works by building cameras that don’t have lenses and that the pictures taken will be refocused after being captured. We don’t know how soon that will be because this idea was introduced way back in 2014. But as technology is still growing and expanding horizons, we shouldn’t put this to the shelf just yet.

And then there is Google with the Google X project that was first sparked by the need for a tiny camera to fit inside Google Glass, before evolving to power the world-beating camera of the Google Pixel. Gcam embodies an atypical approach to photography in seeking to find software solutions for what have traditionally been hardware problems. Well, others have tried, but those have always seemed like imperfect gimmicks, so I guess the unprecedented thing about Gcam is that it actually works. The most exciting thing is what it portends.

This may be distant futurism, but its foundations are already falling into place. Google already applies machine learning to its Google Photos service, which automatically labels and arranges users’ pictures according to its constantly improving understanding and recognition of objects, faces, and scenes.

Just hope that we’ll one day be able to capture images without any photographic equipment at all and we can hold our phones without worrying about the bulge at the back.