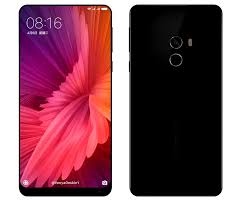 Xiaomi definitely had to deliver this second edition of the Mi Mix series, following a successful rout of fans’ hearts with the Chinese company’s first all-screen smartphone – which happened to be a surprise hit in fact. It came at a time when not much was expected of the mid-range smartphone brand, and swept many off their feet.

Whereas talk of competition with the Apple iPhone 8 and Samsung Galaxy S8 might be an exaggeration, this device has a few strokes it pulls that make it standout of the rest when looking for an option for purchase. It could have been launched around the same time with the iPhone X, and could have fallen behind the latter’s shadow, but we shall not let it go by without mention. We take you through the specifications that are outstanding on the Mi Mix 2.

The Screen and Design

This LCD screen comes in a 5.99-inch Full HD display, with a 2160 x 1080 pixel resolution, and an amazing 18:9 aspect ratio. The future high-end devices could take on the trending 18:9 aspect ratio as it appears to be the new industry’s alternative compared to the phasing out 16:9. This screen is perfectly embedded edge-to-edge with the 7000 series aluminium frame, which is backed by a four-sided curved ceramic build that turns the phone’s back to make it shiny and reflective.  Yes, Xiaomi is still the only manufacturer dedicated to using ceramic to craft their products, with the special edition of the device coming with a uni-body casing of the make. 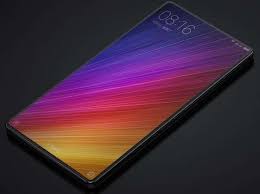 Xiaomi chose to differ from the trending dual rear cameras for a single at the back, just above the fingerprint sensor. Reviews exclusively state that the 12 MP Sony IMX386 is designed well with a  4-axis OIS to take clear images, in addition to the 18-karat gold coating that surrounds the camera and fingerprint sensor; we won’t add much to that. The front facing camera sensor, on the other hand, is as it was with the Mi Mix and it comes at the limited bottom bezel of the phone. 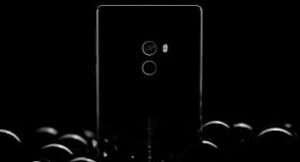 Xiaomi’s own MIUI 9 sits on top of the Android 7.1.1 Nougat to run the device, and with it comes some interesting features like quick reply, the split-screen functionality – which perfectly works with the large screen and makes multi-tasking much easier, maximum control over notifications and battery performance, and customization of activity. MIUI being accessible to the online community as a stock makes fans equally excited about its latest version.

The mega RAM on this fine chip can make processes much easier as you use the device and it does assist the 3400mAh battery in powering the machine for the entire day. The Snapdragon 835 SoC has already surfaced on a number of flagships, and gives a revolutionary element to the mobile industry given that it is the very first 10-nanometer chip released by Qualcomm. The 6 GB RAM capacity is obviously next-gen, and Xiaomi choosing to fit it into this flagship basically makes it a standout. Note that the special edition comes with additional RAM of up to 8 GB

Xiaomi states that the Mi Mix 2 won’t be limited to home market like its predecessor, and this gives us hope of having a look at it once it lands in Africa. The lowest the regular edition can cost is about Ugx 1,600,000. It is probably then that we can make the full review of the device. Otherwise, those are the standout features.