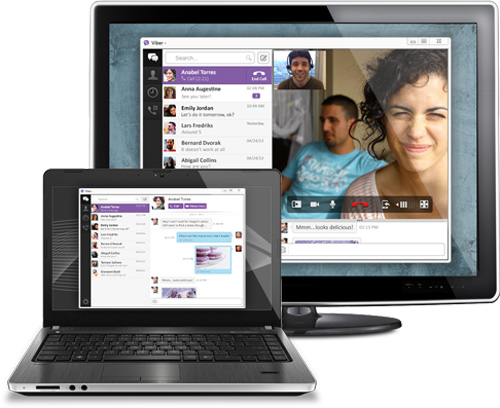 I must say, i immensely like both products as they continue to be integrated in my daily work flow. Whether it’s a business call with an associate or simply calling family and friends, depending on the the device am using and the network, i find both Skype and Viber absolutely remarkable products. Viber which has been predominantly working on mobile (for all the right reasons) as decided to shift to the desktop (for all the wrong reasons) while Skype as rightfully shifted focus on the browser.

You would think, wait a minute, since Skype is on the desktop, shouldn’t Viber move into that domain too?

To answer this question, you’ll need to have followed the evolution of such VoIP-based services over the years, why some have failed and others struggled(including Skype itself). Skype started out on the desktop with the premise of providing free PC-to-PC calls to all Skype users and cheap international calls as long both parties had the software installed on their desktops. The problem with telephony on the desktop is that the PC was NOT designed to be a phone! Unlike Smartphones, Most PCs do not come pre-installed with microphone and speakers that work, out-of-the-box with Skype. As such, you’ve to install buy and install them as peripheral components and then rightfully configure them to work with the software. Coupled with that, your PC must always have power and the other applications on your computer should not deprive Skype of the computing horse power it needs to make that call. All these constraints and others i won’t get into make calling with the PC (using Skype) not a very user friendly and intuitive choice which has left most people using the chat and file transfer service on Skype instead.

Skype for Android with Video. Image courtesy of Skype.com

When smartphones with advanced mobile operating systems and high processors finally came of age, Skype immediately moved into mobile with its App that i find absolutely awesome. With the Smartphone as opposed to the desktop PC, you don’t need to look around for headsets, do the right configurations to actually make a Skype call. You just call and talk intuitively the way you do with conventionally GSM calls, except that this time, it’s your data that’s being billed, not your usual Air Time. Skype on the smartphone is feels like something that the company should have done right from the start — but the phones weren’t ready for prime time then.

Yet, Viber seems to have completely ignored this lesson and moved the opposed direction — from mobile to desktop!  I greeted the news of Viber on the desktop with skepticism and hasn’t since installed it on my PC. 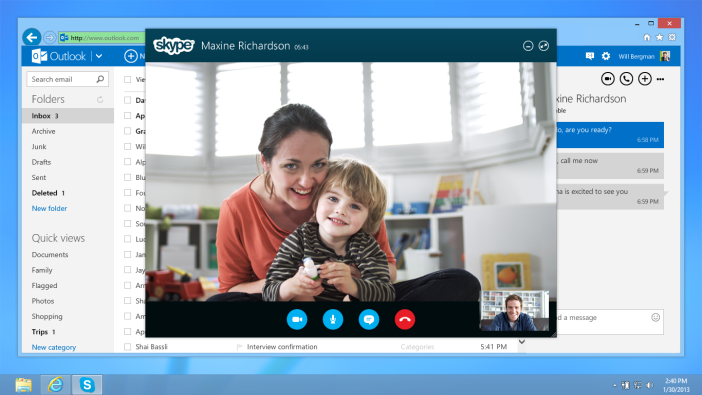 But Skype having been on the desktop is making another evolutionary step — it’s now on your browser! Through a plug-in that works with the most recent versions of Internet Explorer, Chrome, and Firefox, you can now make voice and video calls from within your webmail account on outlook.com. This is probably in response to WebRTC, a browser-to-browser communication technology spearheaded by Google and Mozilla that will enable web users make calls to each other through their browsers. This way, while you’ll still need those extra headsets for the calls, you won’t bother installing the Skype software on whichever PC you’ll be using.

While we still very much use PCs despite the so-called Post-PC era craze, we use them for tasks far from making callings and voice remains the undisputed killer-App on the  phone. While Skype’s move to the browser is only evolutionary due to its history, it’s earlier shift from desktop to mobile is far more prudent than Viber’s move from mobile to desktop.

8 thoughts on “Viber now on desktop, Skype gets on the browser! Who made the wiser move?”