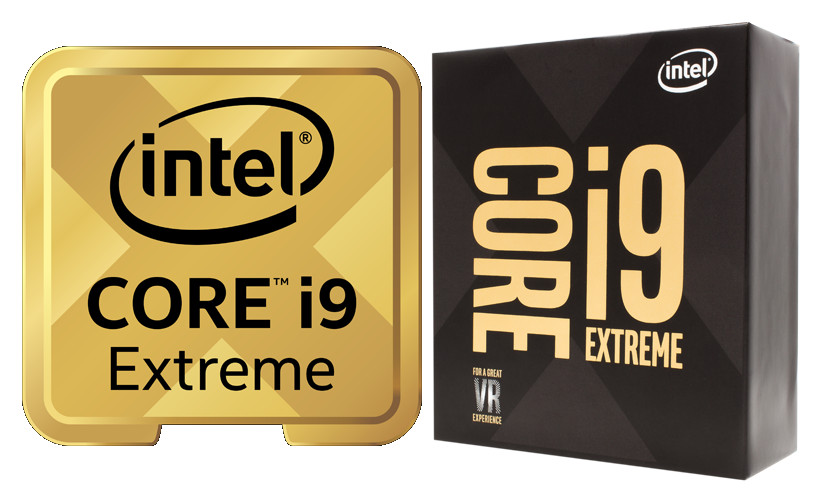 For the longest possible time, Intel Core i7 was the head honcho, the most powerful CPUs, head over shoulders above the competition. That’s no longer the case, with the addition of the incredibly fast Core i9 processors to the fray.

Intel Core i9 family built with Skylake-X architecture, come with processors comprising 10, 12, 14, 16 and 18 cores. This sheer horsepower effectively knocks down Core i7 from the hierarchy and takes the top spot.

Intel Core i9 ushers in a new family of Intel processors, the X-Series. The X-Series is pricey in itselves, but they also come with certain caveats which need to be met to use them.

One of these is the fact that they run on a new Socket R4, the LGA 2066 which replaces the LGA 2011 and LGA 2011-3. More on this, this brand spanking new socket only works with the X299 Motherboard due to compatibility issues.

Core i9 was initially launched with high-end desktop PCs in mind. However, it wasn’t long before laptops got the same treatment, but more on that later. Let’s have a look at most of everything we know about Intel’s Core i9 what its capabilities.

The Intel Core i9 is unique in that it uses a 2066 LGA socket. If you thought you’d just slap the new CPU on your old motherboard, think again. Core i9 family built with Skylake-X architecture isn’t backward compatible, so it just won’t work.

You’ll need to dig deeper in your pockets to purchase an X299 Motherboard which alone is compatible with the Core i9. The cheapest X299 Motherboard at the moment is the Asus TUF Mark 2 going for about $240

The X299 Motherboard comes with a slew of features such as Intel’s Turbo Max Technology 3.0 (Core i7-7820X and above), Quad-channel DDR4 2666 memory (potential to add 64GB of RAM) and up to 44 lanes of PCI Express enabling two x16 or four x8 graphics cards.

The X299 features up to eight SATA 3.0 ports, and increases the USB 3.0 ports to ten and effectively doubles the bandwidth connection to the SATA 3.0 ports and USB ports

What you should note is that Intel Core i9 processors are all unlocked. What better invitation do you need to overclock your machine as you see fit? There’s a caveat though. Irresponsible overclocking will melt your PC to a puddle, not with how hot it can get.

And a regular fan cooling system is out of the question. Intel has your back on this one though. Intel’s TS13X propylene glycol liquid cooling solution which goes for about $85 does the job just fine.

As stated earlier, the X299 Motherboard makes use of Intel’s Turbo Boost Max 3.0. An improvement of the previous version, Core i9’s Turbo Boost identifies two of the fastest cores which are then overclocked topping 4.5 GHz for that extra juice.

Gamers who normally require overclocking on just one core will appreciate this extra oomph. On the downside, only CPUs starting with Core i7 7820X (8 cores, 16 threads) upwards can take advantage of Turbo Boost Max 3.0.

As stated earlier, Core i9 CPUs run what is known as Skylake-X architecture. This exclusive bad boy club only allows those processors with 10, 12, 16 and 18 cores. For this reason, Intel decided the other processors are unworthy and therefore those others are labelled Core i7.

At heart they are no different in architecture except the i7-7740X and below which is designed around the Kaby Lake architecture. So then we might as well toss the whole lot on the wall and see what sticks.

As you might have noticed, most of what we have written was touching in desktop PCs. What about laptops then? Intel’s Core i9 processors are as powerful as it can get for Intel and as such, PC users would love to have some of that in their laptops as well.

Already, a few laptops such as Alienware 17 R5, Asus ROG G703 and Gigabyte Aorus X9 to name a few already the Core i9-8950HK processor under the hood.

On the downside, the best you can get at the moment is 6 cores and 12 threads, base speeds of 2.5Ghz and a Turbo Boost to 4.3Ghz. In truth, these are specs you will find in Core i7 processors, which cost a bit less. So then it would feel like a poor man’s Core i9, seeing how the true Core i9 processors for desktops are some special type of beast.