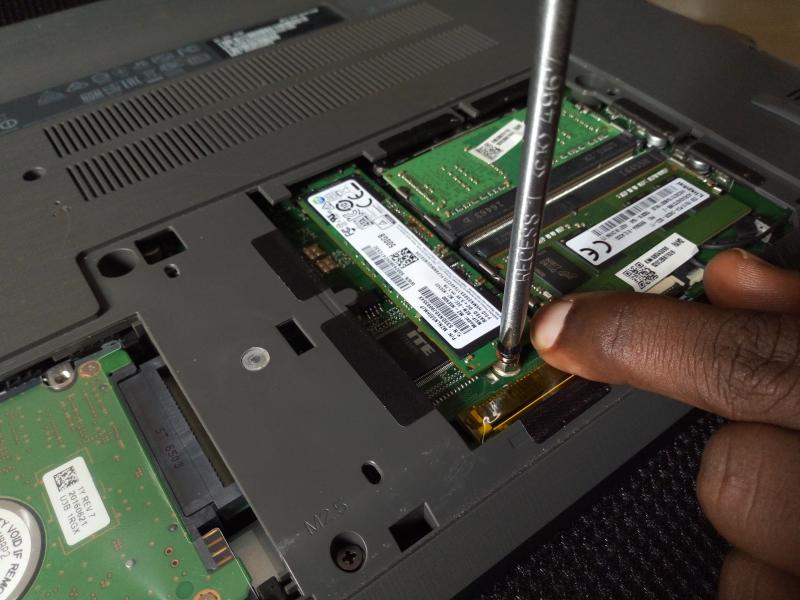 At the rate we are going, future devices will literally be slim enough to shave with. Look no further than the current crop of Ultrabooks for reference.  As OEMs (Original Equipment Manufacturers) steadily shave off the inches, a conundrum arises.

Computer components can only lose so much weight on a diet. OEMs are then forced to completely reinvent the wheel. Hence our tentative introduction to M.2 SATA vs PCIe SSD. Clearly, this is the future of storage for the look of things. More on this later.

The introduction of flash memory-based Solid State Drives (SSDs), and later M.2 SSD form factor was just that push we needed. Stripped to its bare minimums, an SSD is actually no different in size from a RAM chip. The possibilities the superfast, super slim SSD brings to the table are limitless.

What is an SSD? A quick recap

Let’s take a moment now and not get ahead of ourselves. Much as we have covered SSDs here and there, it doesn’t hurt to do a quick recap. An SSD is a NAND-based flash memory-based storage drive that does away with moving parts you’d normally find in a mechanical drive (HDD) SSDs augment stability and efficiency alongside performance improvements even as they lower power consumption.

A typical SATA 3.0 SSD supports roughly up to 550MB/s read and write speeds, although many high-end SSDs can double and triple these burst speeds. SSDs currently still suffer from an unfavorable price-per-gigabyte ratio compared to HDDs (Hard disk drives). But not for long.

Related content: SSD vs HDD: The storage battle of cost against performance

Alright, that’s about it! Now that you are all caught up, let’s move on to the fun stuff! 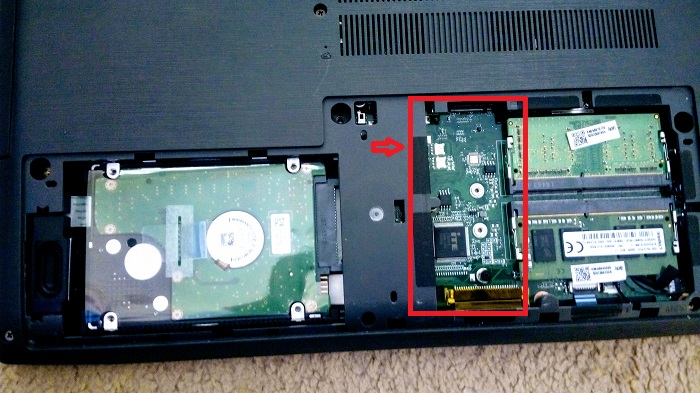 An empty M.2 SSD slot alongside RAM chips and a regular 2.5 inch HDD on the left

In the exhibit above, the red rectangle shows a SATA M.2 slot in a 7th Gen core i5 Acer Aspire E15 laptop. Not all laptops have this slot, obviously. Those that do automatically have an extra slot to upgrade system storage and on top of other functionalities.

M.2 as we know it used to go by another, less flattering name – Next Generation Form Factor (NGFF). Quite the mouthful. Thank goodness the old name didn’t stick. M.2 cards are a multi-purpose small-form-factor connector designed to replace a similar mSATA form factor which uses mini-PCIe slots. 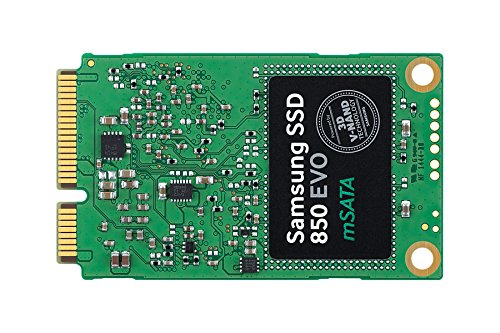 Contrary to what you might think, M.2 can and does support not only Serial ATA (SATA), PCI Express (PCIe), NVM Express (NVMe) and even USB. mSATA, on the other hand, was designed specifically for SATA. Also, mSATA was unable to be scaled up to 1TB storage capacities and over at a reasonable cost. And like mSATA, M.2 requires no additional power and data cables to function.

Impressed much? You don’t know the half of it. Other than storage functions, M.2 is quite capable of supporting Wi-Fi, Bluetooth, NFC, WiGig, and so much more. You can call it the Swiss knife of connectivity.  For now, though, we will give these other functions only a cursory mention. Our main focus in this post will squarely be on storage and in particular, M.2 SATA vs PCIe SSDs.

It’s important to note that the M.2 slots on the motherboard are all 22mm in width. In that regard, even the cards which exceed this width are designed to fit within the 22mm limit. M.2 card sizes vary in length from as short as 30mm to as long as 110mm.

Perhaps the driving force behind the development of M.2 form factor was its storage benefits. In particular, Solid State Drives. Before we can talk about M.2 SATA SSD, we need to first explain SATA. SATA is without a doubt, the indisputable industry storage interface standard when it comes to connecting Hard drives and Solid State Drives to laptops and desktops alike.

Launched in the year 2000, SATA makes use of AHCI (Advanced Host Controller Interface) to unlock advanced features such as hot swapping even though it can still operate in IDE (Integrated Development Environment) mode.

SSDs with M.2 SATA III form factor face a challenge, in that their transfer rates start at 150 MB/s, and peak at about 600 MB/s. This in itself is quite adequate for average consumers looking to make a leap from mechanical drives.

As a side note, HDDs only average about 50 MB/s to 160MB/s  and this is us being generous. Why is that, you ask? Well, AHCI was not built for flash memory, but rather for mechanical drives, which were all the rage back in the day.

You’ll have to admit that currently, that’s small potatoes. An M.2 SATA SSD will still knock your socks off, especially if you’re weaning off yesteryear’s HDDs.

Still with me? As we stated above, SATA SSDs have a burst speed capped at about 600MB/s. What PCIe does is it completely sidesteps this limitation to bring you tremendously fast transfer speeds in the region of 2GB/s.

Some quick math here will tell you that this is about 4 times the theoretical speeds SATA  can muster on a good day and more. PCIe Gen 2 x2 lanes does 1 GB/s and Gen 2 x4 lanes is capable of up to 2GB/s. There’s more. PCIe Gen 3 technology is capable of an envious 4GB/s.

In our opinion, PCIe SSDs, which is relatively a new technology is ballistic in performance. Not so quite when it comes to price. For goodness sake, we are just coming to terms with regular SSD. PCIe SSDs are to be frank with you, overkill. Unless you need the extra mileage for gaming, graphics and the like.