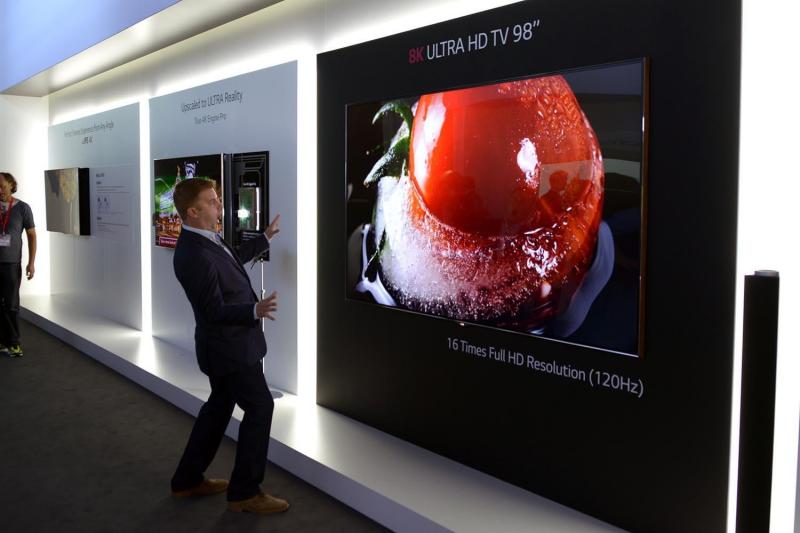 Here’s a fact; you don’t need an 8K smart TV even though you could afford it. That’s because broadcasters and online streaming service providers have not yet started using the video resolution standard to push video content to your TV. However, this did not stop LG from showing off  a whopping 88″ OLED 8K (7680×4320) Smart TV at this year’s CES at Las Vegas.

Samsung too didn’t shy away from the 8K frenzy. The South Korean electronic giant flirted its 8K QLED Smart TV as if to give its rival LG a run for its money. Samsung unveiled the Q9S, which it calls the first 85-inch 8K TV with artificial intelligence.

Another big dog in Tvs, Sony demoed “X1 Ultimate Full-Spec HDR 8K Display” with screen size of 85″ with a peak brightness of 10,000 nits.

Related post: How much do you know about 4K (Ultra HD) display?

Currently 4K ( 3840×2160) TVs are just getting into the mainstream market as some streaming service providers such as  Sky, BT, Netflix are beginning to support the standard. 4K is an upgrade to Full HD (FHD) 1920×1080 which your TV, smartphone, laptop monitor probably supports.

4K TVs are now much more affordable than they were 3 years ago and are set to replace their Full HD counterparts. For instance TCL 49S405 49-Inch 4K Ultra HD Roku Smart LED TV (2017 Model) goes for just $360 on Amazon which is actually less costly than same size, same spec HD TVs from competitors like Samsung, Sharp or LG. However, 8K TV won’t hit the mainstream market up until perhaps sometime in 2020 the same date for 2020 Summer Olympics in Tokyo. But if you are curious, that Samsung 85″ 8K TV can’t be anything less than $40,000!