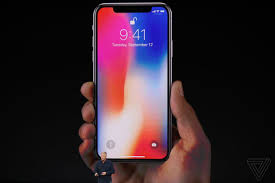 He, who laughs last, definitely laughs best. Apple recently launched their new iPhones at a time when most of the big players in the industry are done with flagship releases, and now focusing on market and profit. Whereas we have not heard of any incidents that can cause a shift in choice, one whose choice was the iPhone 8 from the start of the year had to wait till the launch event – so as to know what they have to buy, and what it looks like.

Despite having heard most of it through rumors and leaks, the event opened our eyes to three new iPhones; the anticipated iPhone 8 and iPhone 8 Plus which come as an upgrade to the existing models, in addition to the fancy iPhone X that was dedicated to the tenth anniversary of the device.

What is the same?

Each of the three iPhones runs on the iOS 11, with the Apple A11 Bionic processor at an unconfirmed frequency of 2.5 GHz, and each of them comes in two pieces of 64GB and 256GB. The A11 chip has a neural engine for facial recognition and an embedded M11 motion compressor.

Then, how do they differ from each other?

The Design and The screen

The iPhone is at last joining the edge-to-edge display family, through the representation of the iPhone X. The front is entirely an OLED screen, with the back covered in a glass and stainless steel. The iPhone 8, on the other hand, does not change from the iPhone 7, with an LCD display.

Both the iPhone 8’s feature a Home button that employs the Touch ID’s fingerprint sensor, while the iPhone X does away with the button, and instead introduces Face ID for facial recognition.

The iPhone X features dual 12 Mega-Pixel sensors as well – though in vertical orientation, one being of an f/1.8 wide-angle lens and the other an f/2.4 telephoto camera, both of which have with optical image stabilization. Note that the X’s telephoto lens opens much wider than that of the iPhone 8 Plus’.

If you are the kind that is very interest in the outlook of your device, this is for you. The iPhone 8 and iPhone 8 Plus are expected to be shipped in ranges of Gold, Silver, Gray; while the limited iPhone X is to come in Black and Silver.

The difference is very visible. The iPhone X is a fancy, dream gadget that all of us would wish to have, and the mere fact that it is limited in stock makes it one that won’t be easy to find in stores. This makes it an extremely different and special iPhone. Who knows? Maybe the next generation of iPhones will follow suit.

One thought on “iPhone 8 vs iPhone X: What are the differences, and what makes them worth it?”