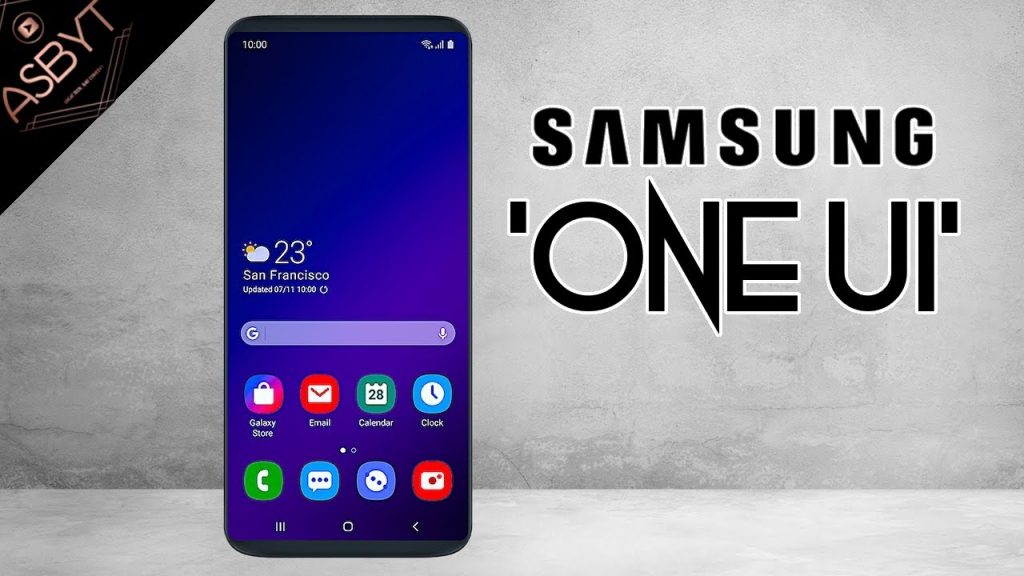 During last year’s Samsung Developer Conference, one announcement that stood out was the refresh for Samsung’s custom automation interface. The Samsung Expertise was being replaced by One UI.
Here, we shall look at what’s new with Samsung’s One User Interface.

What is One UI?

The One User Interface is a software suite developed by Samsung Electronics for its Android devices. Succeeding Samsung Experience and TouchWiz, it is designed to be further streamlined, with specific optimizations to ease one-handed use of smartphones with large screens.
While the Samsung Galaxy range has been hugely popular, the user interface has been a constant bone of contention. Earlier models like the S4, S5 and S6 came with TouchWiz, which featured garish colours, way too many pre-installed apps, and generally could be a bit of a mess.

By the end of 2016, Samsung had fine-tuned and slimmed down the interface to the point where it was renamed the Samsung Experience. This has been the smoother software that users of the S7, S8, Note 8, S9, Note 9 and Plus models have enjoyed ever since.

Now, things have changed again. One UI marks a new approach for Samsung, making it easier to use devices single-handed, helping you to focus on one thing at a time, alongside improvements to the general experience.

Samsung One User Interface is based on Android Pie and has all of the features from Pie. That means One UI has some new gesture navigation choices, a bunch of recent emojis, improved notifications, and a lot of the One UI-specific changes.

Related Article: Samsung Galaxy S10 has 5 Cameras. Here’s what they will do.

What phones will be updated to One UI?

So far, Samsung has confirmed that the following phones are going to be updated to One UI:

When can you get it?

Samsung started rolling out a beta version of the One UI and Andriod Pie update to the Galaxy S9, S9+ and Note 9 at the end of 2018.
Starting in January 2019, Samsung began to roll out the official update to users in specific countries in tiny numbers.

The official update will hit a broader range of devices throughout February and early March, starting with the latest devices (Note 9, S9, S9+) and eventually hitting the last-gen devices (Note 8, S8, S8+) thereafter.