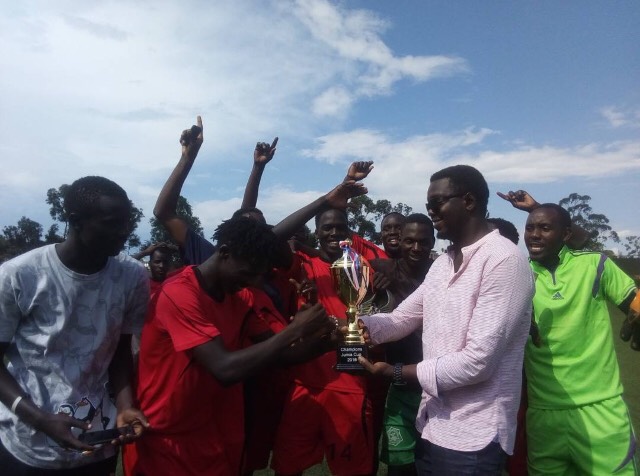 We’ve all known of Jack being a dull boy while working with no play. As we approach the 2018 World Cup season, Jumia Uganda did not leave her fans and vendor partners out of the festivities, while organizing the Jumia Cup, a football tournament bringing together the Jumia community.

Coming as an ultimate “battle of the brands”, the event saw teams from various vendors such as Simba Telecom, Adidas, Jumia, Kwese, Syinix, Blue Flame and Euroflex face-off in a series of friendly matches to determine the eventual champions.

Out of the 8 participant teams, in the mini 5-Aside tournament, the Adidas team finalized as the crowned champions of the 1st edition of the Jumia Cup – having beaten Euro flex 4-2 in the final match.

While speaking at the event, Jumia Country Manager , Ham Namakajjo said that this is an initiative to engage partners and fans even out of office.

“We have already been celebrating the World Cup with great deals on our website and wanted to transfer some of that energy offline, which is why we invited some of our vendor partners to participate in the Jumia cup.”

Simba Telecom Retail Supervisor Francis Balya also mentioned about the importance of organizations interacting outside of the business environment and even more so with customers.

In addition to the tournament, Jumia as part of the world cup campaign has been offering customers free pay TV subscriptions on Kwese and StarTimes to watch the World Cup in the World Cup sale running until 10th June 2018. This has been complimented by discounts on various items like televisions from top brands like Samsung, LG and Sony.