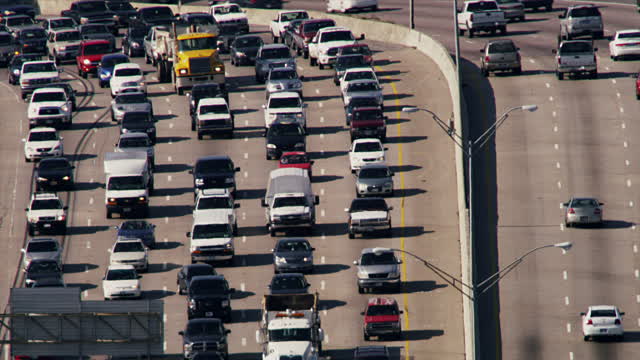 We have grown to hate and love WiFi partly because it’s still a mystery left to wiz kids and hackers to crack. But WiFi will mostly work even for the most technologically challenged Joe. When it doesn’t, it’s mostly because a loose cable somewhere, billing issue or too much interference from multiple nearby hotspots.

If you think you can can’t stand slow wireless connection, then get ready to tinker more and crack your head. Besides just deeply knowing the model of your router(s) and corresponding WiFi standards that they support, whether it’s 802.11 a/b/g/b/ac or ad, ax or ay now simplified to version numbers WiFi 3/4/5/6, you also need to know abit about WiFi channels.

Now you can think of WiFi channels abit like road lanes. Every lane has a specific width which is mostly equivalent to that of widest car. So you can think of a Channel width as road lane width. The wider each lane and the more lanes, the more cars the road can handle. And the bigger the spacing between lanes, the less chances of collision among cars. In this analogy, the cars are bits and bytes or data streams running through your road — the wireless network. It’s really that simple.

WiFi channels are really a range of frequencies allocated to each WiFi band. For instance for 802.11 b which operates in the unlicensed 2.4G Hz frequency band, there are 14 channels each 22 MHz wide and separated by 5 MHz frequency(with the exception of a 12 MHz spacing between the last two channels).

Now not all channels are allowed in all countries. These are subject to regulatory authority in respective countries or regions. For instance Japan allows all the 14 while 13 are allowed in Europe and only 11 are allowed by the FCC in North America. The newer WiFi standard 802.11 ax or WiFi 6 has support for even wider channel bandwidth of 160MHz wide which is one of the reasons WiFi 6 has higher data speeds of upto 10-14Gbps.

In the screenshot below, I use the Linux command “iwlist wlan0 channel” to show available channels on my wireless network. I have a D-link AC3150 MU-MIMO Ultra WiFi router which supports 802.11 b/g/n/ac standards. Because it’s dual-band router, it can operate in 2.4 GHz and well as 5 GHz frequencies.

The Linux command shows 13 channels on 2.4 GHz band and 19 channels on 5 GHz with Channel 1 being the currently used channel. 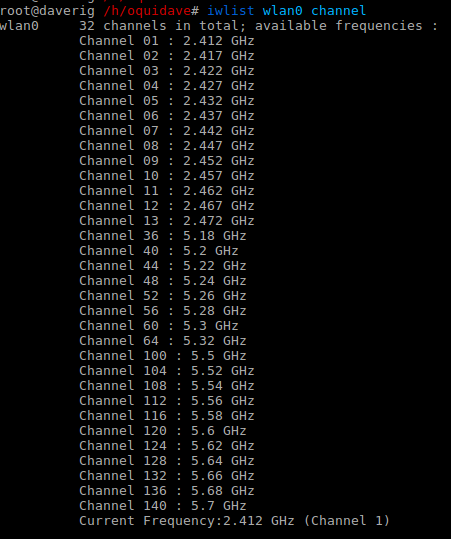 Because adjacent channels overlap, they are more likely to be affected by interference. For instance Channel 1 will interfere with Channel 2. So if you are using channel 1 and your neighbor is on Channel 2, expect interference. This will adversely affect your wireless connection speeds. As such, you are advised to use channels that aren’t close to each other like Channel 1, 6 or 11. Windows users can use Netstumbler to scan nearby wireless network and detect any causes of interference.

On Linux you can also use the wavemon tool to show your WiFi signal quality, connected channel and its width as shown in the screenshot below;

With this information, you can always tweak your router settings to use specific channels. The default Wi-Fi channel setting is set to “Auto”, but you can change this to whatever channel you wish. Usually this is located under advanced settings of your WiFi router.

Alternatively you could just switch to the 5 GHz band instead, which has more channels and therefore less interference issues. With Smart home niche of devices becoming a big deal in the coming years, expect a tsunami of WiFI devices and networks all over the place. If you know how to tweak your wireless  network with channels, then you won’t be facing the same issues as everyone else.