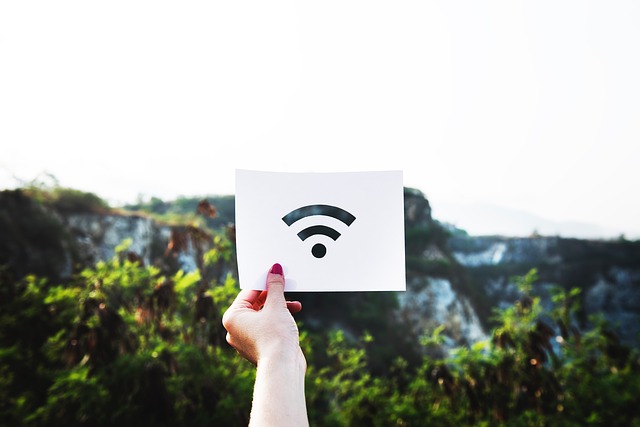 One of the best ways to connect to the internet anywhere in the world is WiFi. Short for “Wireless Fidelity,” WiFi provides a convenient way of providing high-speed wireless internet and connectivity using radio waves.

Today, there are over 10 billion WiFi devices out there, and this is anything from your smartphone, laptop, smartwatch, printer, car, washing machine, fridge and just about any conceivable electronic you use everyday.

WiFi has evolved since it was first released in 1997 as IEEE  802.11a protocol starting at humble speeds of only 2 Mbps. But it was 802.11b released two years later in 1999 with 11 Mbit/s wireless link speeds that made WiFi really popular. Today WiFi has matured having gone through 6 revisions, the latest standard WiFi6(802.11ax) capable of up to 14 Gbps maximum theoretical speeds.

Beyond improved speeds, the WiFi Alliance, the body that oversees the development of the wireless network standard also shifted the naming conversion of WiFi standards from abstract letters 802.11a/b/g/n/ac/ax to numeric ones such as WiFi 1/2/3/4/5/6. The bigger numbers signal improved version of the protocol. The latter convention is less confusing and quite straight-forward for less techie audiences.

Read more: Wi-Fi is adopting version numbers such as WiFi 6

Newer devices such as the latest iPhone 11, Samsung Galaxy S10 are supporting WiFi 6, the latest standard and a lot more devices are expected to roll out soon with WiFi 6 support.

Telling WiFi Version on your device

It’s likely that you’ll of-course want to have the latest WiFi version on your device but theoretically new is better, right? Question is, how do you tell the version supported on your device or the one you wish to buy? Well, turns out it’s not that complicated. Windows 10 provides an easy way of telling the version through device manager.

Whereas you can tell the version of WiFi for Android and iOS devices by simply consulting the Specs sheet of your phone model from popular phone spec sites like GSMArena.

Most routers today are mostly dual-band devices meaning they support both 2.4 and 5GHz bands while the exotic ones are tri-band adding the 60GHz band. To avoid interference from Bluetooth devices, Microwaves for instance, you want to use the 5GHz band as these devices operate in the 2.4GHz. You can also consider using different channels. Adjacent channels tend to interfere with each other. If your neighbor is for instance using channel 1, then you are better off using say channel 3.

WiFi has been prone to numerous security vulnerabilities over the years. But the standard has kept one step ahead of the hackers with each revision of the security protocol.

Wi-Fi Protected Access (WPA) is by far the most common and widely adapted WiFi security version. WPA3, the latest version was launched in January 2018 provides simpler authentication for Wi-Fi devices with limited or no display interface and beefed up encryption.

It’s common to forget the WiFi password of your router or Mifi. Fortunately It’s easy do reset it. If you have neighbors that want to freeload on your WiFi, you can always hide your network SSID/Name from them. Before you do, you can first see who’s connected to your network. The best thing to do for visiting friends and family and maybe neighbors is to setup a guest network for them. This restricts them to only internet access access on your network.

Home WiFi has been growing in popularity as each of your appliances talk to each other and connect to the internet. Most people have come to know WiFi primarily as a means for internet access. But this is a misunderstanding. There are several other things you can with wireless WiFi network including setting up home media server, sharing files, gaming and controlling your computer remotely.

You can also use WiFi in public places such as restaurants, airports, university campuses, train stations, hotels etc. It’s usually provided as a Free service or cheaply for commercial reasons. But this WiFi is notoriously known to be very unreliable almost anywhere in the world. And not just that, public WiFi tends to be hugely insecure and should be approached with caution.

To access WiFi, not only does your device need to support it, you should connect to a WiFi network. WiFi routers create a wireless WiFi network that other WiFi devices connect to either to share media or access the internet.

The task of choosing the best WiFi router that serves your needs can be a daunting challenge. Generally for casual users, if you get WiFi 5(802.11ac) router today, you are good. But power users and hardcore Gamers can aim for more speedy and high-performance 802.11ac/ax routers. If you have a large house with probably two floors, Mesh WiFi home system is your best bet.

You can also get yourself a 4G LTE WiFi router. As the name suggests, these devices connect to your mobile network’s 4G LTE network usually through a Simcard and then share the data plan with other devices through WiFi. The only difference between these and mainstream WiFi routers is that they have a simcard. The portable battery-powered MiFi is a common example although there are bigger 4G LTE socker-powered routers.

Common WiFi problems and how to fix them

WiFi can sometimes be dodgy when you need it the most. The problem with your WiFi internet isn’t complicated to diagnose. It could be that your data plan has expired or Maybe your provider is having an outage, or that it’s simply slow. It’s always good to perform a speed test of your internet connection just to make sure you are getting value for money.

WiFi vs the alternatives

WiFi isn’t the only wireless network technology available to us. It has serious contenders that provide similar convenience and speeds to networked devices. The most obvious alternative to WiFi today is the mobile telephony standard 4G LTE which is becoming widespread across the globe.

Now with 5G on the horizon, the future of WiFi arguably seems to hang in the balance.

So there you have it, the updated guide to WiFi. We shall keep updating this post with new content we create about WiFi technologies. So better bookmark this page to never miss out on new stuff.