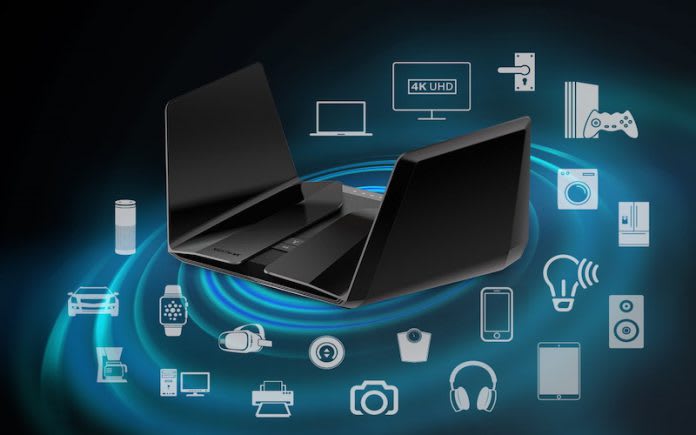 Wi-Fi 6 which also goes by the name 802.11 ax is being touted as the biggest update to the wireless standard since its first release two decades ago. And that’s because of some good reasons; Wi-Fi 6 brings multi-gigabit speeds 4 times as fast as the previous versions, it performs well in dense environments and it’s easy on battery life of even the smallest devices.

Now device vendors are rushing to release wifi 6 certified products to the market this year. Usually old-time router manufacturers like Asus, Netgear, TP-link, Cisco, D-link are the first on the slippery road before computers, smartphones, smarthome, wearables follow suit. That’s because the router or access point plays a central role of connecting devices together in a wireless network.

It’s really not wise to jump onto this new shinny Tech bandwagon because vendors are still fixing the rough edges around the Tech, there aren’t enough compatible devices yet and usually such cutting edge Tech is pricey being new in the market. But the advantage with WiFi 6 here is that it’s fully backward and forward compatible with older Wifi standards WiFi 1-5 or 802.11 a/b/g/n/ac. So you are still not at a loss if you bought Wifi 6 router except for their hefty prices right now.

Late last year, network giant Netgear launched two WiFi 6 routers; the 8-stream NightHawk ax8(Rax80) and the 12-stream NightHawk ax12(Rax120) both capable of speeds of up to 6Gbps. While the Nighthawk ax8 is capable of 4×4 MU-MIMO meaning it can talk to 4 devices concurrently on 4 spatial streams, the NightHawk ax12 doubles this with 8×8 MU-MIMO. More so, the ax12 spots Multi-Gig 5G/2.5G/1G Ethernet Ports and supports WPA3, the latest WiFi security protocol. The Ax8 Nighthawk router is currently retailing for $400 on Amazon and the Ax 120 won’t be available till Q1 of this year.

Early last year, another big name in routers Asus released a plethora of Wifi 6 routers on the market starting with the ASUS RT-AX88U – AX6000 Dual Band 802.11ax WiFi Router. The Asus AX88U spots 4 antennas with 4×4:4 MU-MIMO, 1GB of RAM, 8 Gigabit LAN ports, 1 WAN and can handle upto 6Gbps of wireless speeds. You can even control this router by linking your Amazon Alexa to it with simple voice commands. This router is currently retailing for $346.00 on Amazon.

The other Asus AX routers include;

TP-Link now also has a WiFi 6 mesh router, the TP-Link Deco X10 Wi-Fi 6 Mesh Router which launched in Q3 of 2019 priced at $350. The TP-Link Deco X10 starter kit includes two mesh Wi-Fi nodes that you can link together to blanket a large area with wireless coverage.

D-Link haven’t yet featured prominently in the WiFi 6 race. The company has two AX routers so far; the D-Link DIR-X6060 and the DIR-X9000 802.11ax Ultra Routers which haven’t even yet launched in the market. There’s still scanty information on the products, but what we know so far is the AX6000 is expected to support speeds of up to 6,000 Mbps while the AX11000 will support up to 11,000 Mbps. We shall have to wait till the products are launched in the market for the full details.

The Arris ax11000 surfboard mesh wifi system is another WiFi 6 worth looking at. While the product is expected to launch later this year, the Arris ax11000 surfboard tri-band router will come with 4×4 configuration, 1,200 mbps on the 2.4GHz band, 4,800 mbps 5GHz low, and 4,800 mbps 5GHz high and 4 gigabit Ethernet ports capable of linking for up to 2 gbps WAN speed. The product page says nothing about pricing, so we shall have to wait till it’s released.

That’s all we have on WiFi 6 routers. We can only expect WiFi 6 routers to become more relevant when more client devices such as smartphones, wearables, laptops and smart home devices support the standard in the coming months or more realistically years.