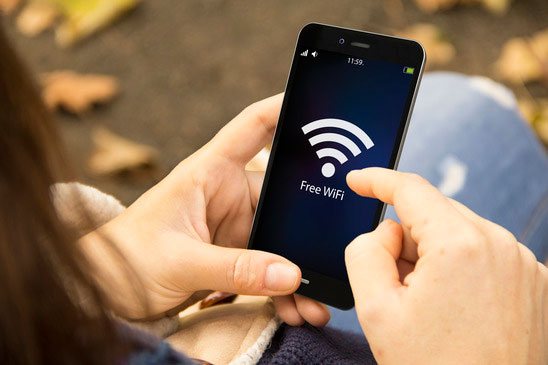 The Wi-Fi Alliance, the standards body behind the infamous “Wi-Fi Certified” logo on basically every Wi-Fi enabled device out there, have since been the ones responsible for the naming of Wi-Fi protocols such as 802.11ab and 802.11n. See, if you have ever been in the market for a new router/Mi-Fi or even a smartphone, you know how sorting through specs that read like complete gibberish — like “802.11ac” or “a/b/g/n” can be a pain. Differentiating between those specs can send you Googling.

Luckily, it looks like they’ve finally decided enough is enough with the numbers and letters and such. Their decision? The next Wi-Fi version will be name Wi-Fi 6. WiFi Alliance has completely rebranded 802.11 standards to simplify networking names. With this, all the previous iterations will loose their rather complicated codenames and will now be called WiFi 3, WiFi 4 and so forth. The relatively more current 802.11ac WiFi standard will be known as WiFi 5 while the next generation 802.11ax will be called WiFi 6.

“For nearly two decades, Wi-Fi users have had to sort through technical naming conventions to determine if their devices support the latest Wi-Fi,” said Wi-Fi Alliance  CEO Edgar Figueroa in a release. “Wi-Fi Alliance is excited to introduce Wi-Fi 6, and present a new naming scheme to help industry and Wi-Fi users easily understand the Wi-Fi generation supported by their device or connection.”

Wi-Fi 6, based on the IEEE 802.11ax standard, enables next-generation Wi-Fi connectivity. Wi-Fi 6 will provide the capacity, coverage, and performance required by users—even in dense environments such as stadiums and other public venues. Wi-Fi 6 networks will enable lower battery consumption in Wi-Fi 6 devices, making it a solid choice for any environment, including smart home and IoT uses.

IEEE 802.11ax is the successor to 802.11ac and will increase the efficiency of WLAN networks. Currently in development, this project has the goal of providing 4x the throughput of 802.11ac at the user layer, having just 37% higher nominal data rates at the PHY layer. And in an effort to make it easier to understand, the Wi-Fi Alliance also refers to it as “WiFi 6”.

Wi-Fi 6 provides the foundation for a host of existing and emerging uses from streaming ultra high-definition movies at home or on the go, to mission-critical business applications requiring high bandwidth and low latency, to staying connected and productive while traversing large, congested networks in airports and train stations.

Going forward now, instead of wondering whether “ac” is better than “n” or if the two versions even work together, you’ll just look at the number. Wi-Fi 5 is higher than Wi-Fi 4, so obviously it’s better. And since Wi-Fi networks have always worked together, it’s somewhat clearer that Wi-Fi 5 devices should be able to connect with Wi-Fi 4 devices, too. (Technically, Wi-Fi 1, Wi-Fi 2, and Wi-Fi 3 aren’t being branded because they aren’t widely in use, but we’ve labeled how it would look for clarity.)

Devices will be officially certified by generation and the first Wi-Fi 6 devices will arrive in 2019. Already, there are 802.11ax routers in the market from manufacturers like ASUS and D-Link so WiFi 6 could be a lot closer than we all think. What do you think about this new naming scheme? Does it matter to you as a user? Tell us below.