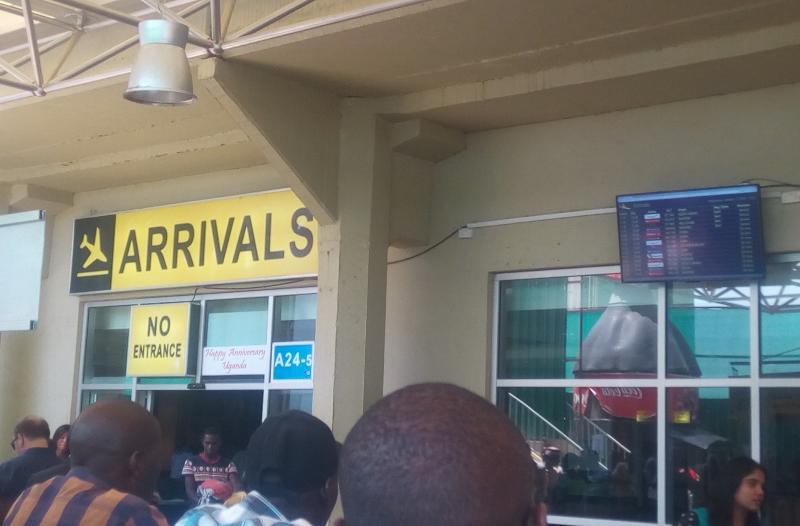 We know that modern International Airports now offer Free WiFi access and even charging ports to their passengers. That’s because while travelling, it’s important to stay connected to your family and friends back at home or with your hosts at your destination. If you are leaving Uganda, you might still tap off your network, but if you are jetting into the country or changing flights, roaming might be too expensive if at all your native countries wireless provider supports it. But with WiFi, you can stay connected cheaply via apps like Whatsapp, Messenger, Wechat and hundreds of other options.

Now the Civil Aviation Authority(CAA) of Uganda has followed suit offering Free WiFi access to users within the Airport premises. CAA says they have partnered with Airtel Uganda to roll out Free Wireless internet in the Airport accessible via any WiFi enabled device.

Related post: Public WiFi hotspots in Kampala just do not work and we have no idea why

When you are get inside the passenger Terminal, you’ll see a number of WiFi Hotspots on your WiFi device. Look for one whose SSID is “Free Airtel/CCA WiFi”. It’s an open public wireless WiFi hotspot, so it won’t prompt you to enter any password. The last time I connected, I was able to hit a paltry 60Kbps, which is slow but usable speeds. Obviously the Authority has a lot more work to do to improve on the service. If you want faster better connectivity, you might want to purchase wireless internet from MTN WiFi Hotspot service, Roke Telecom’s Rokespots or Smile Uganda.

It is an Airport free WiFi provided in conjunction with Airtel

If you happened to be in Jomo Kenyatta international Airport in Nairobi meanwhile, you have to buy WiFi credits from one of the Safaricom agents located inside the passenger Terminal.