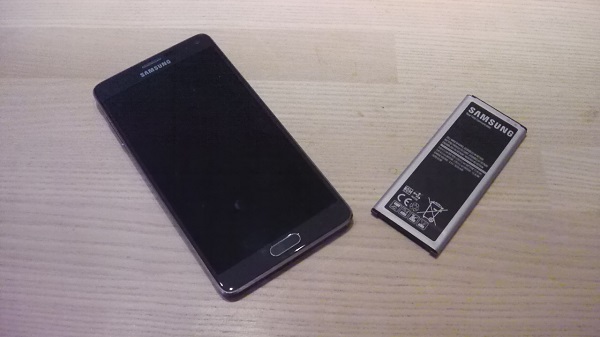 The mobile industry has had a couple of casualties in its few years of evolution. First, we say the general demise of the small phone. Today, a 5-inch display phone is regarded as a small device.. We saw the rise and fall of the physical keyboard, although BlackBerry is sticking to its guns with the Key-line of phones. Removable batteries were phased out and today, the 3.5mm headphone jack is on its way out.

While change is good, many are not convinced so much about some of these casualties. I mean, look at how the 3.5mm jack just won’t die. While the removable battery looks like it’s gone the way of the dinosaur, there are some few manufactureres that still make phones with those. But should you go for one of those?

Advantages of a User-replaceable battery

The removable battery had its conviniences and advantages while it was around. The most obvious one is the ability to just popping in a new battery when the old one dies. With the non-removable ones, you need to visit a service centre and have a technician do it, risking the aesthetics of the device when its pried open to gain access to the battery.

It was not uncommon for people to be walking around with multiple batteries for their phones, swapping the exhausted ones for freshly charged ones, effectively charging up their phones back to 100% in like a minute.

Also, in the unfortunate circumstance that you phone became waterlogged, the ability to open up the back and take out the battery, killing power to the phone can help dry off the phone before any serious damage is done to the circuitry.

If you ever messed around with flashing custom firmwares then you are well aware of the advantage of resetting your frozen phone by just taking out the battery and plugging it back in. Try doing that with a phone with a non-removable battery.

Built-in batteries get rid of the need to have joints on the phone body, this means more premium designs can then be easily achieved. We’re talking beautiful unibody shells like the one we saw with HTC’s One X from back in the day.

Not having to provide openings on the phone shell means we can now achieve higher levels of water resistance and waterproofing.

A removable battery hogs up more physical space within the already tightly-packed confines of a modern phone. Not having to provision for the docking mechanisms for batteries and plugging it directly to the motherboard means we can then have slimmer phones without compromising on internal components.

Also Read: What to consider when looking out for phone battery

Let us face it, nothing beats the ability to just swap out a new battery without much fuss. Battery tech has however matured. These sealed in batteries don’t die nearly as much as those we were used to back then. Fast charging can top up these cells to reasonable levels within an hour, which may not be as impressive as just swapping out for a fresh one but is still nothing to sneeze at.

In 2018, you are better off getting yourself a device with a sealed in battery, you’ll be safer that way as every single manufacturer is doing that with their phones. The user-replaceable battery is indeed a dying breed.